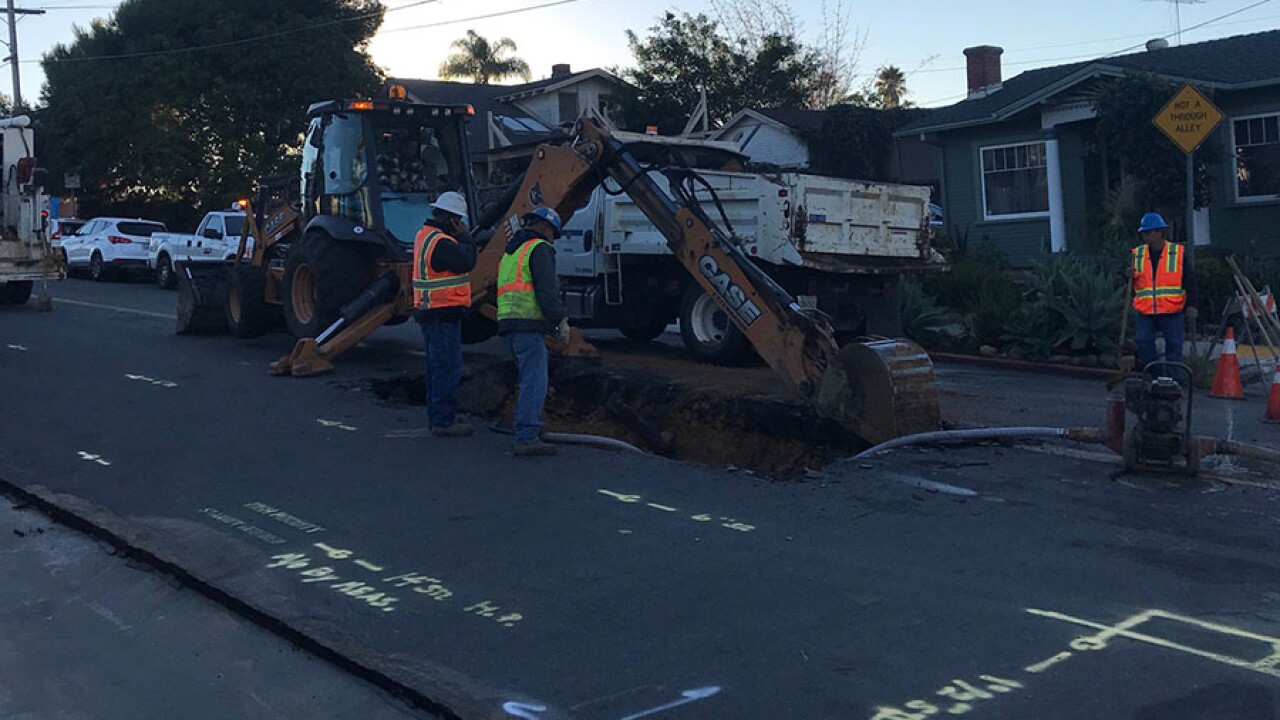 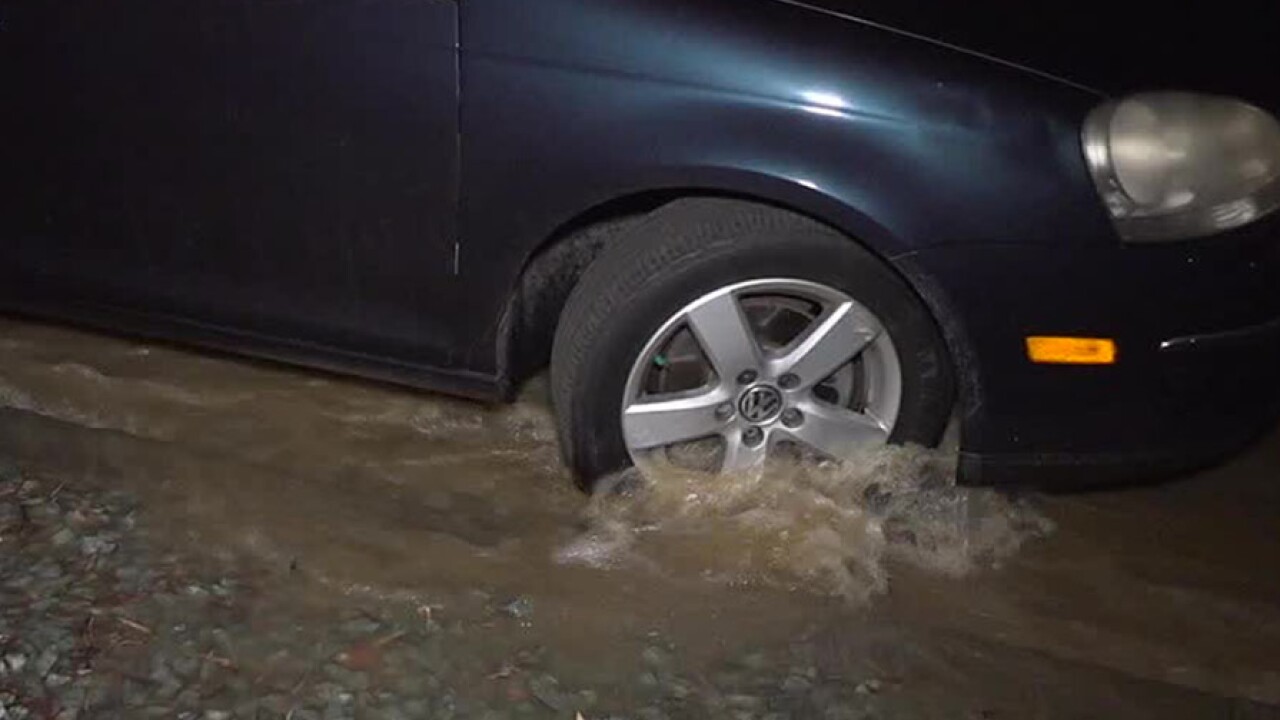 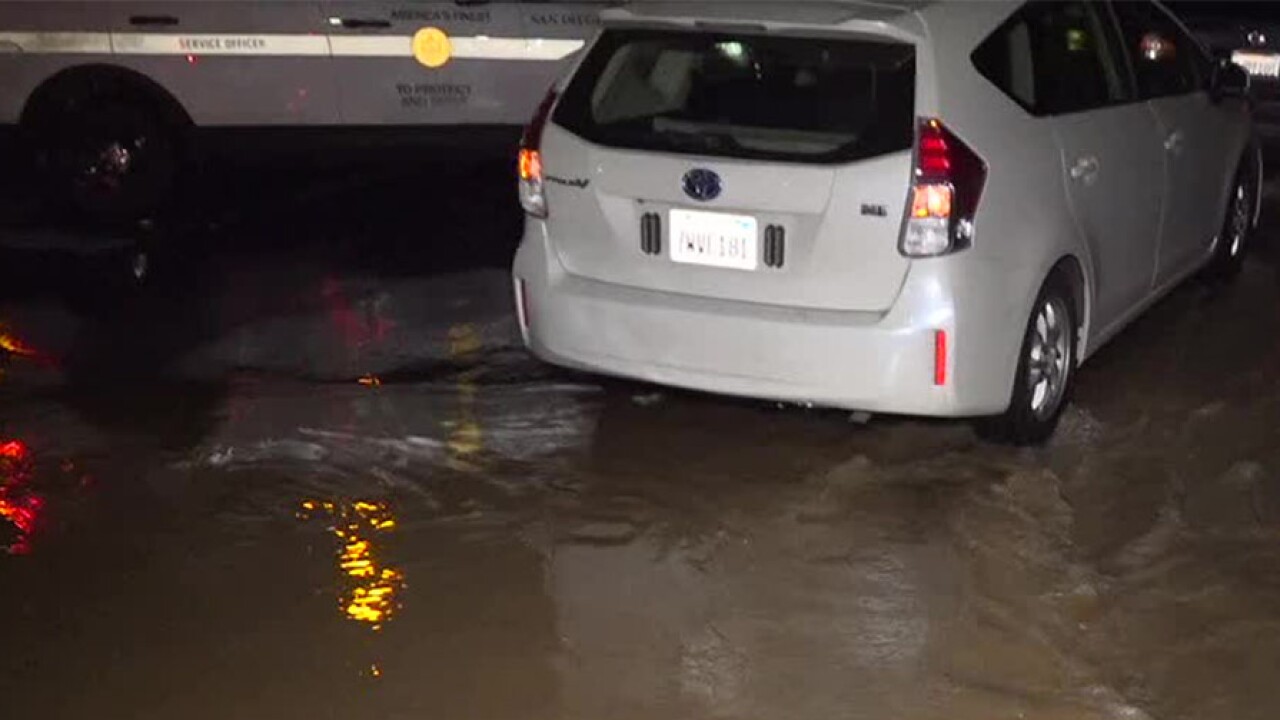 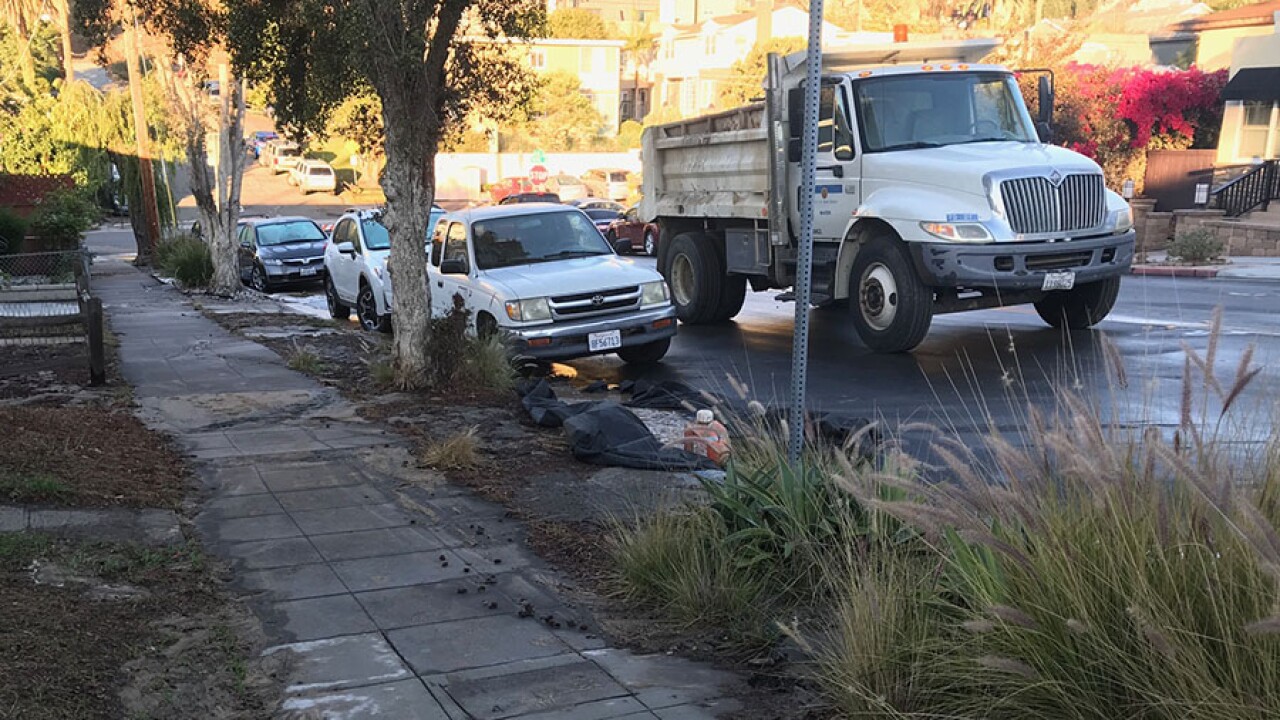 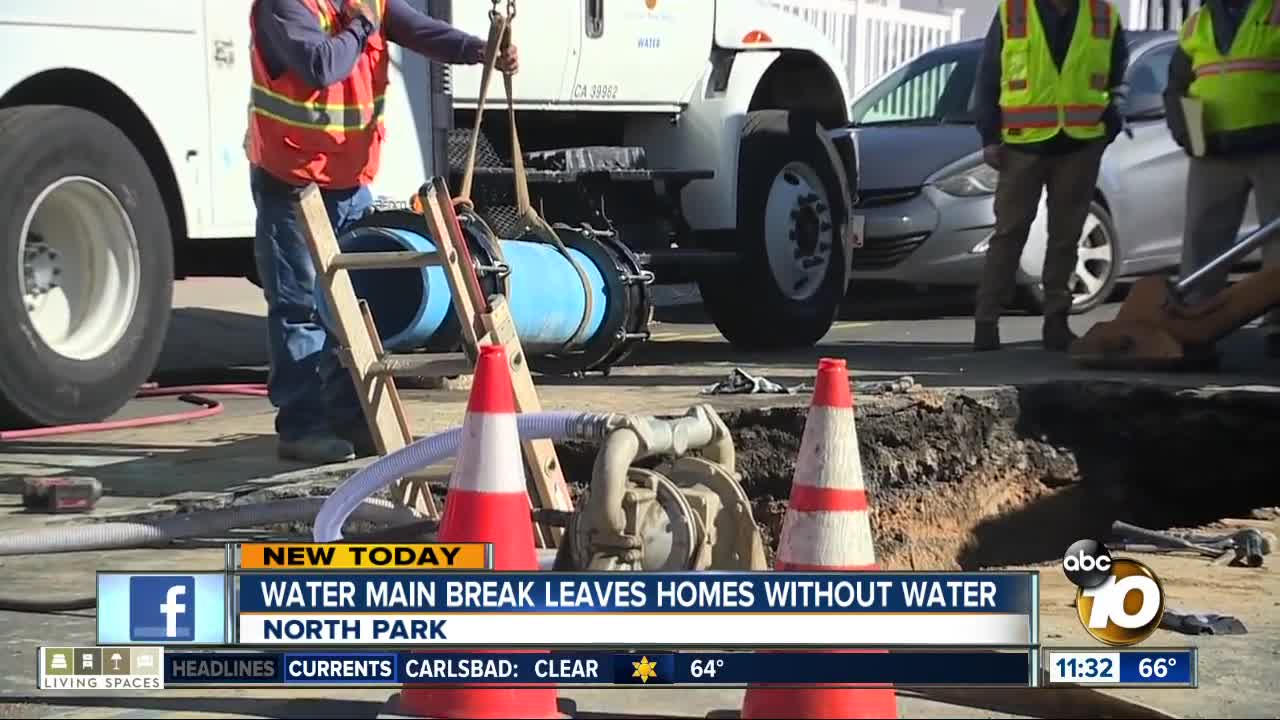 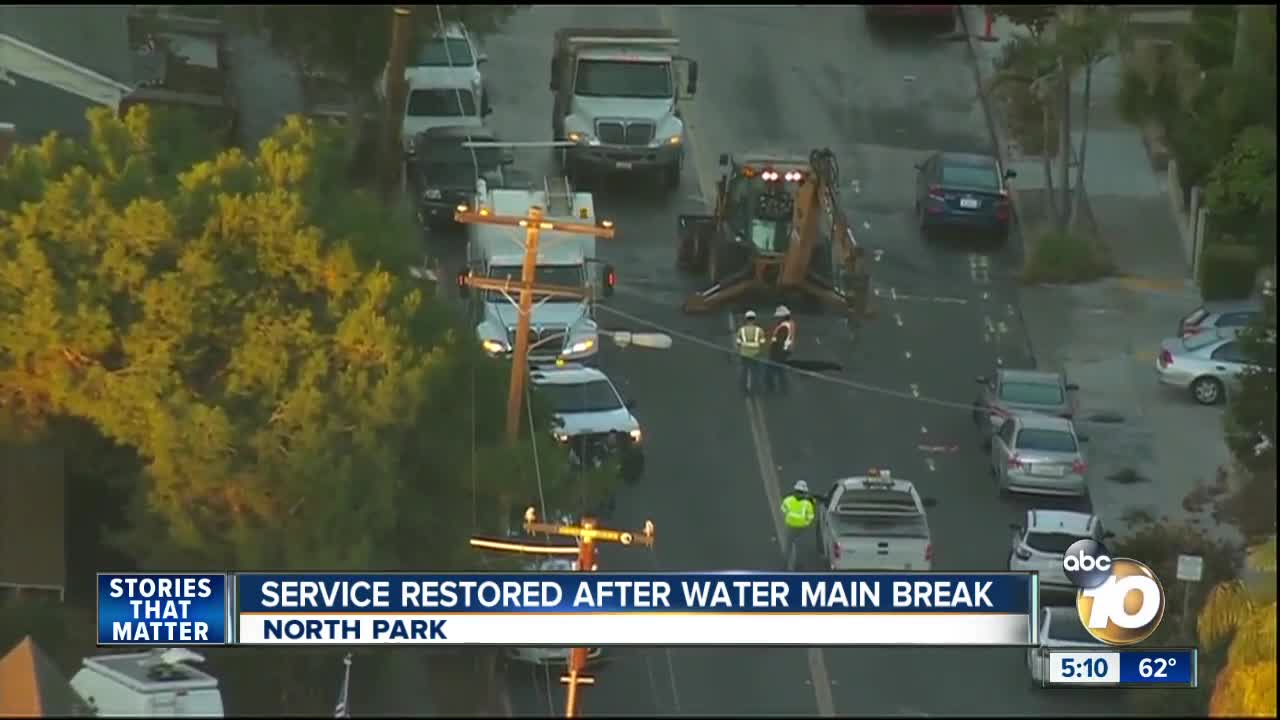 Update, Monday 4:50 p.m. Water service has been restored and the road is open.

The line break was reported at around 4 a.m. on Lincoln Avenue, between Florida and Alabama streets.

Water from the broken line was sent flowing onto the road, causing some minor flooding and street damage.

City water crews shut off the water flow at around 5:30 a.m. Crews then began repairs, including the installation of a replacement line.

There is no immediate word on how many customers were without water service, but crews expect restoration by 6 p.m.

The line break was several blocks away from a major water main break that flooded the North Park area in October.