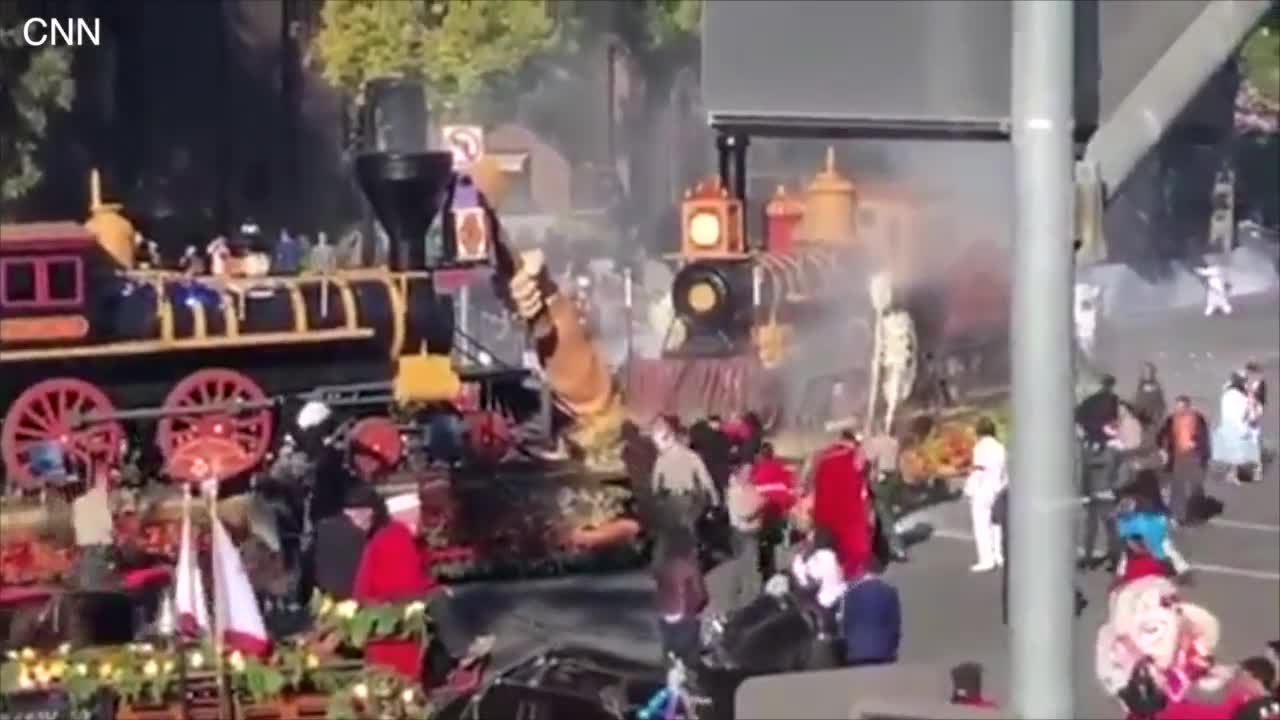 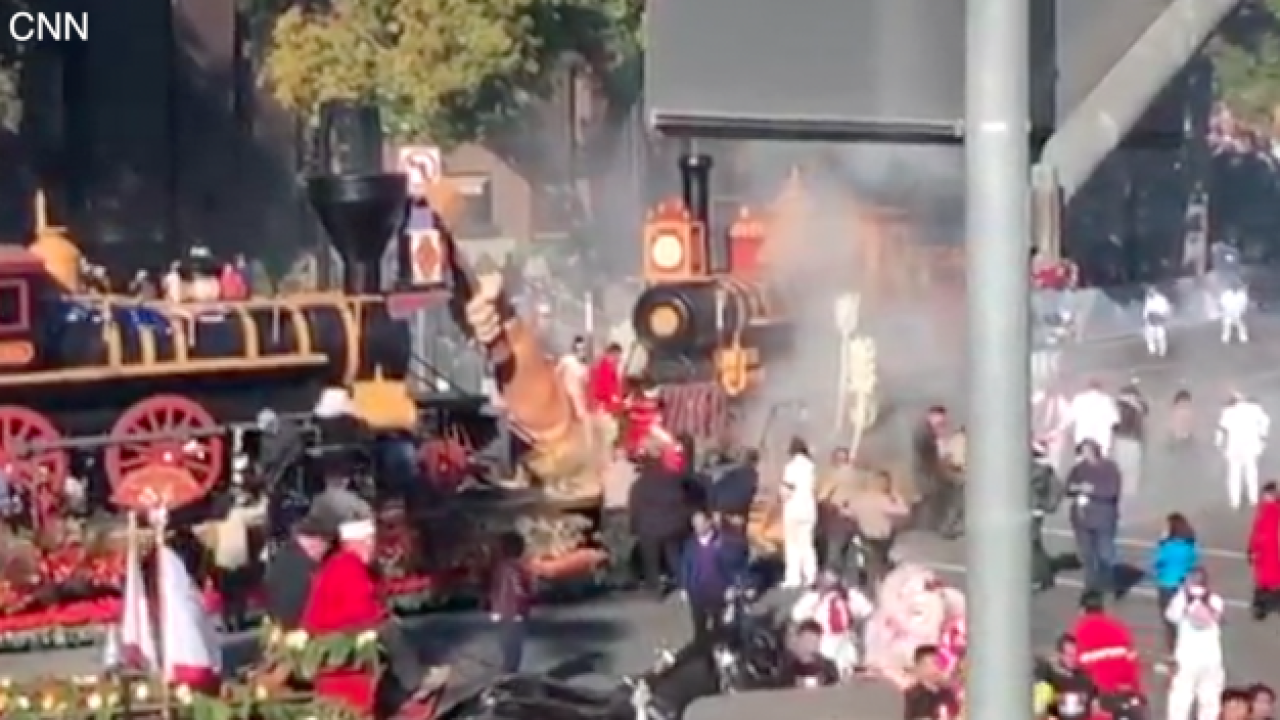 Later in the video, the float can be seen stopping, backing up traffic along the route.

One of the 2019 #RoseParade floats is experiencing technical difficulties at Orange Grove and Colorado. Thank you for patience and cooperation with law enforcement!