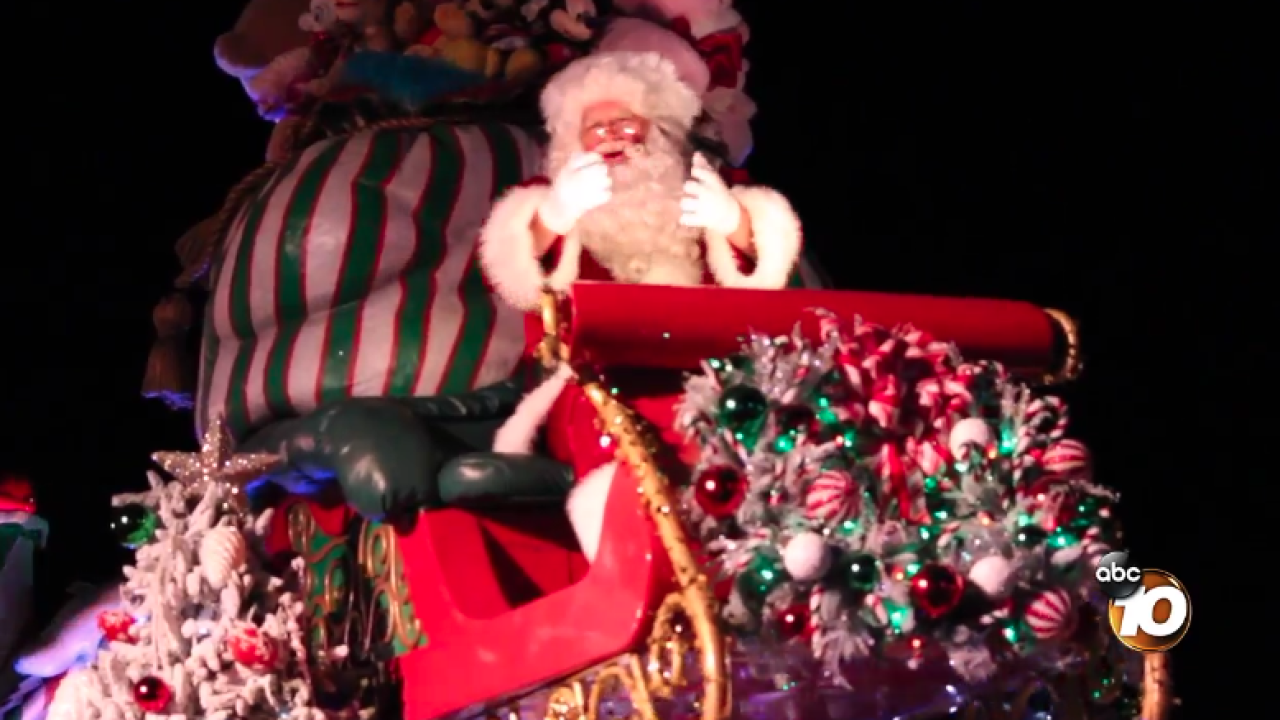 ANAHEIM, Calif. (KGTV) -- Video captured by a spectator shows Santa Claus being thrown from his sleigh during Disneyland’s “A Christmas Fantasy” parade.

In the video, posted on Facebook, Santa is seen being thrust forward as the float he’s riding on seemingly malfunctions.

Luckily, Santa was okay. Later in the video, he can be seen climbing down a ladder on the float uninjured.

Watch the video below:

Popular blog MiceChat, which had originally posted the video as well before removing it, reports that Santa was moved to the Chip and Dale mailroom float.

The blog reported that Santa's sleigh was removed for repair and investigation and Buzz Lightyear was introduced to close the parade: