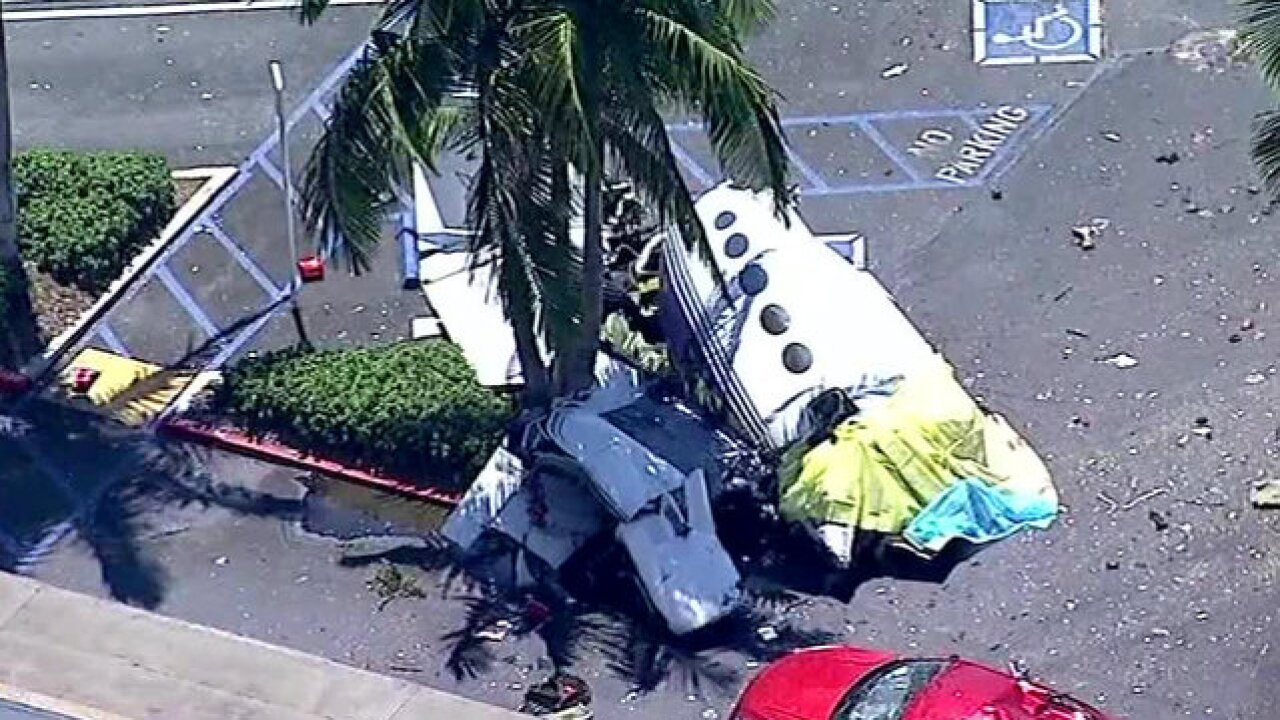 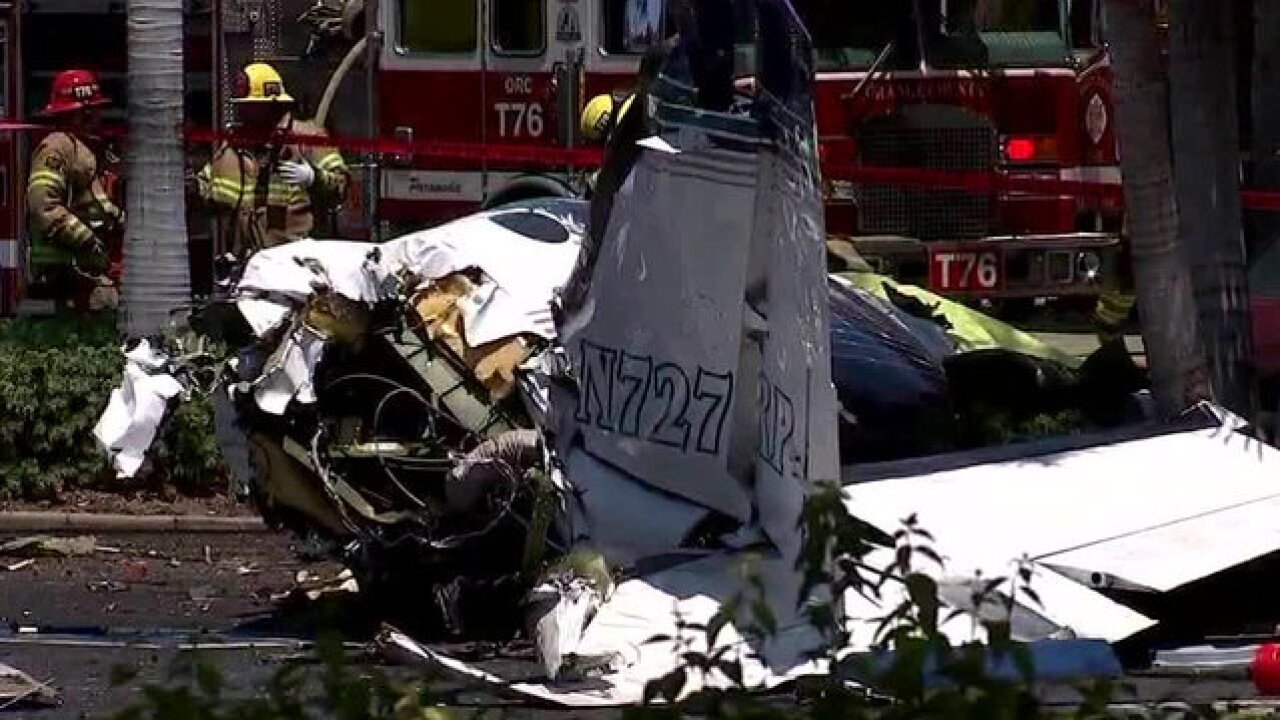 One of the victims was identified by her family as 29-year-old Nasim Ghanadan, a Bay Area Realtor. The others were Scott Shepherd, 53; Lara Shepherd, 42; and Floria Hakami, 62 -- all from the Bay Area -- and 32-year-old Navid Hakami of Los Angeles.

Investigators from the National Transportation Safety Board arrived at the crash scene about 11 p.m. Sunday and left about two hours later to await daylight, a videographer reported from the scene. Santa Ana police officers guarded the cordoned-off crash scene.

No one was hurt on the ground as the twin-engine Cessna 414 aircraft clipped an unoccupied car, but "fortunately, that person was inside the store shopping at the time of impact," Orange County Fire Authority Capt. Tony Bommarito said at a news conference Sunday afternoon.

The plane went down at about 12:30 p.m. Sunday into the parking lot of a shopping area in the 3800 block of South Bristol Street, about a mile northwest from John Wayne Orange County Airport, where the aircraft was headed.

The crash happened blocks away from the busy South Coast Plaza shopping mall.

"It looked like it came down abruptly," Bommarito said. "There is a small debris field."

The nearby intersection of Sunflower Avenue at Bristol Street was closed in all four directions as National Transportation Safety Board and Federal Aviation Administration investigators planned to comb the crash site.

The 1973 Cessna was registered to San Francisco-based Category III Aviation Corp., FAA records show. It had been flown from the Bay Area suburb of Concord, FAA data revealed.

The death toll originally was believed to be three, but was upped to five as firefighters examined the crash.

The one parked car in the crowded parking area hit by the plane was destroyed, Bommarito said.

The plane was running on 100 octane gas, which spilled during the crash, OCFA Capt. Steve Concialdi said. Fire crews remained on the scene to clean up the spilled fuel.

"I don't know anything about what this pilot did, or what he was thinking, but it could have been much more tragic," Bommarito said. "This was a Sunday afternoon and we have people shopping, so the fact that we have no injuries on the ground is a miracle in itself."

OCFA firefighters and coroner's personnel removed all the bodies from the wreckage by about 5:30 p.m. Sunday, Concialdi said.