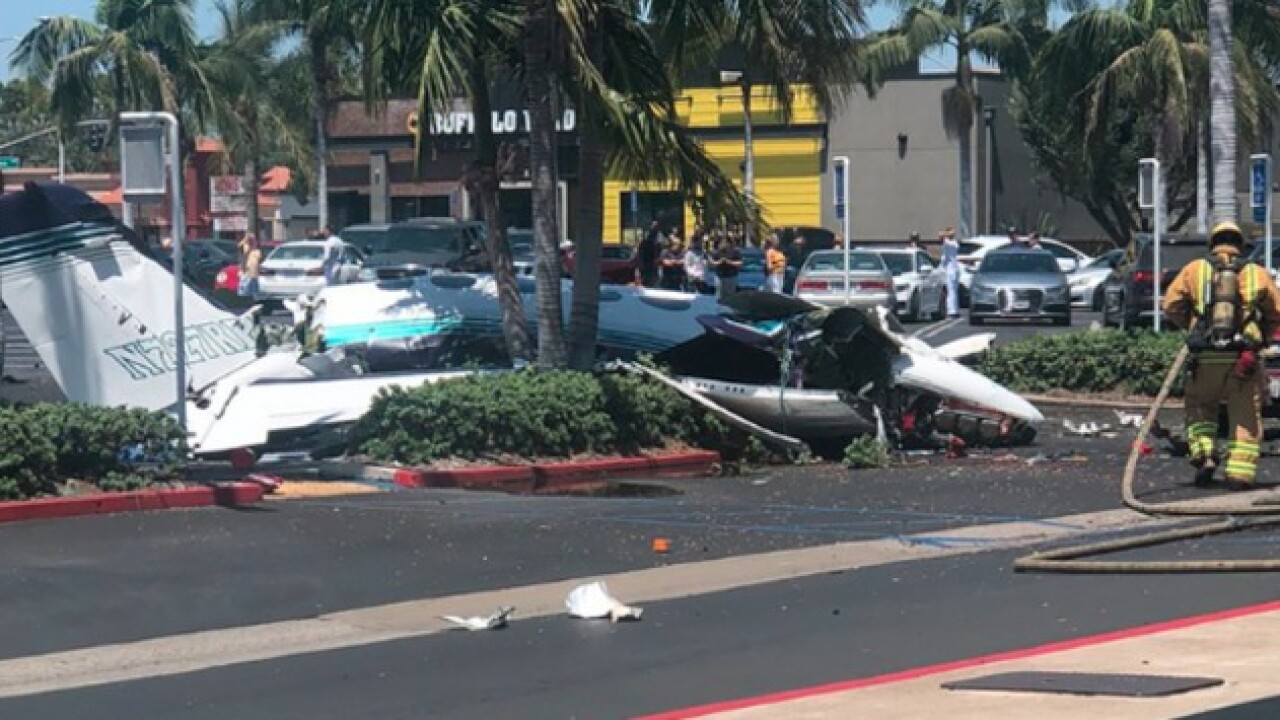 The crash happened around 12:29 p.m. in the parking lot of the Staples Supercenter on the 3800 block of South Bristol Street.

No one on the ground was hurt. As the plane barreled through the parking lot, it struck at least one unoccupied car, Orange County Fire Authority Capt. Steve Concialdi said.

A nearby intersection was closed in all four directions near the crash.

The parking lot is shared by Staples, a CVS drug store, a Michaels' decorations store, and a Wells Fargo Bank branch. The crash site is about one mile northwest of the northern end of the runway at John Wayne Orange County Airport.