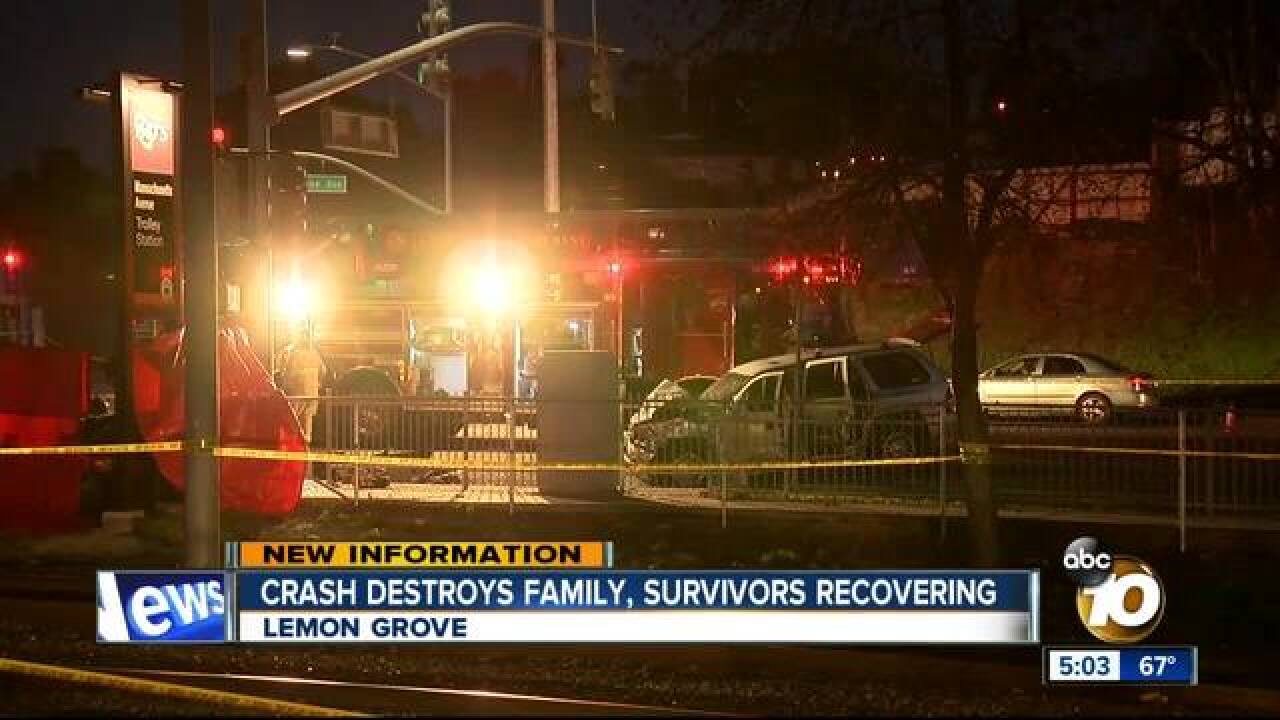 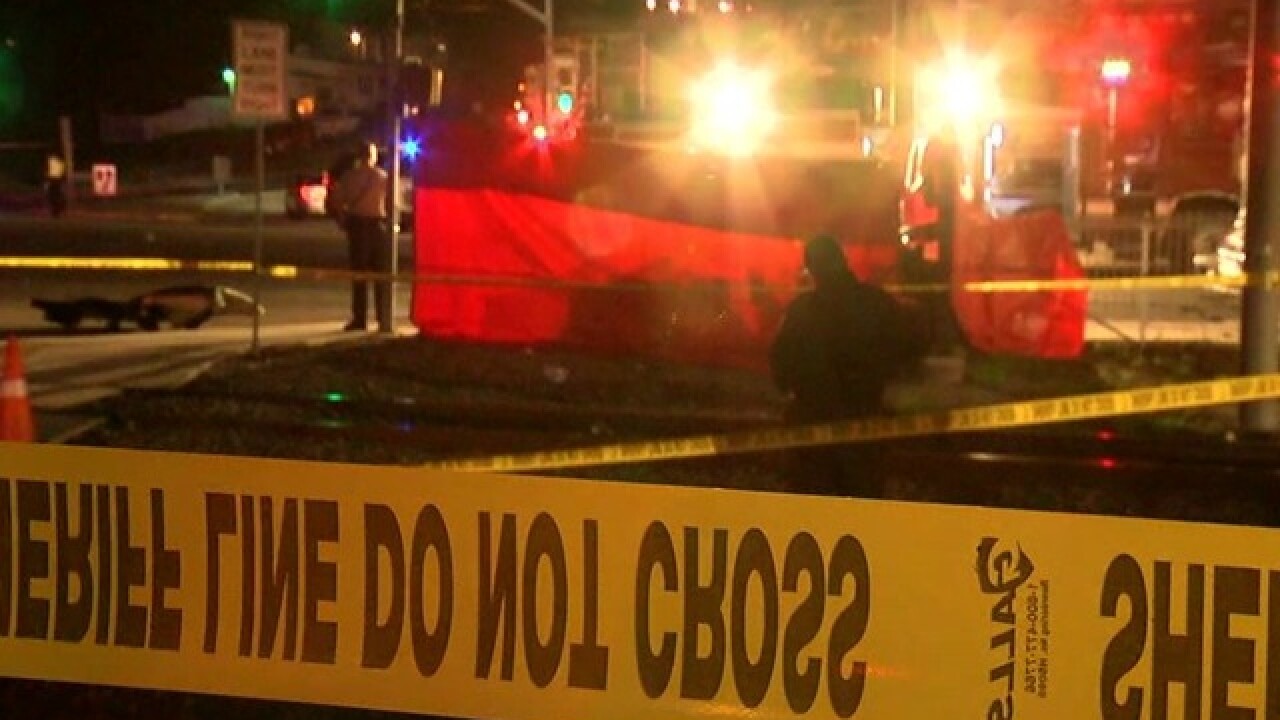 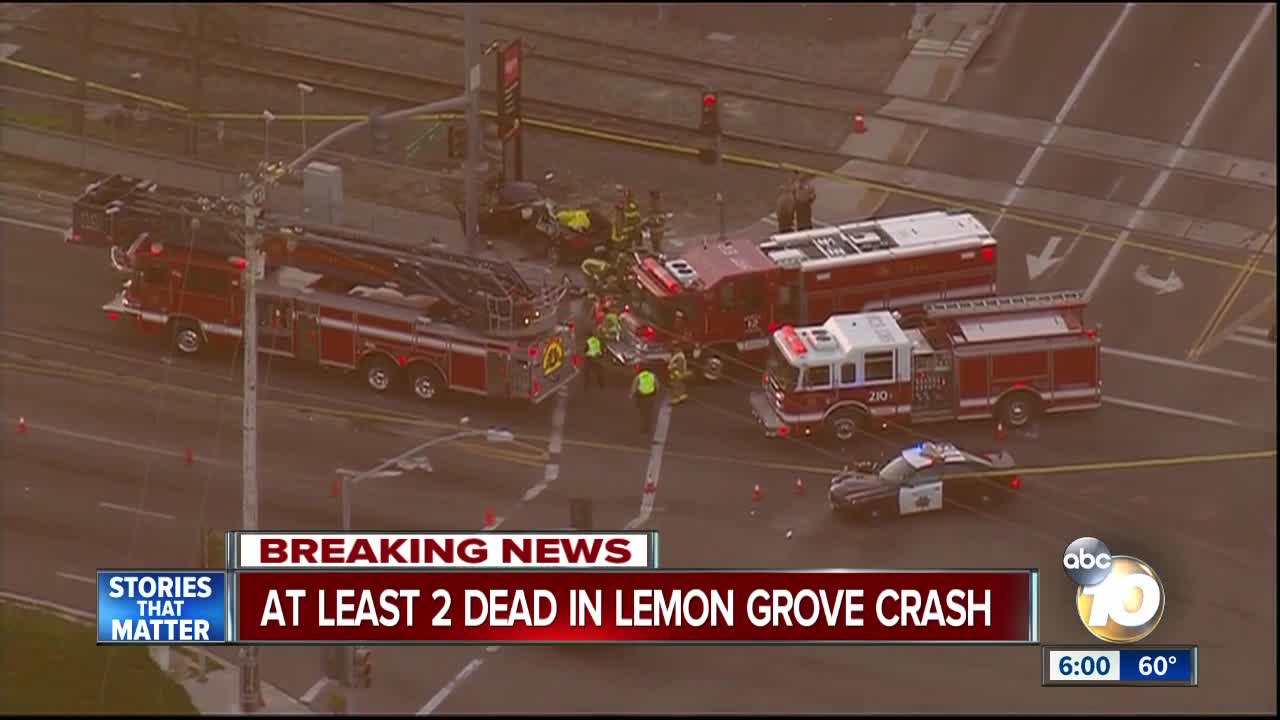 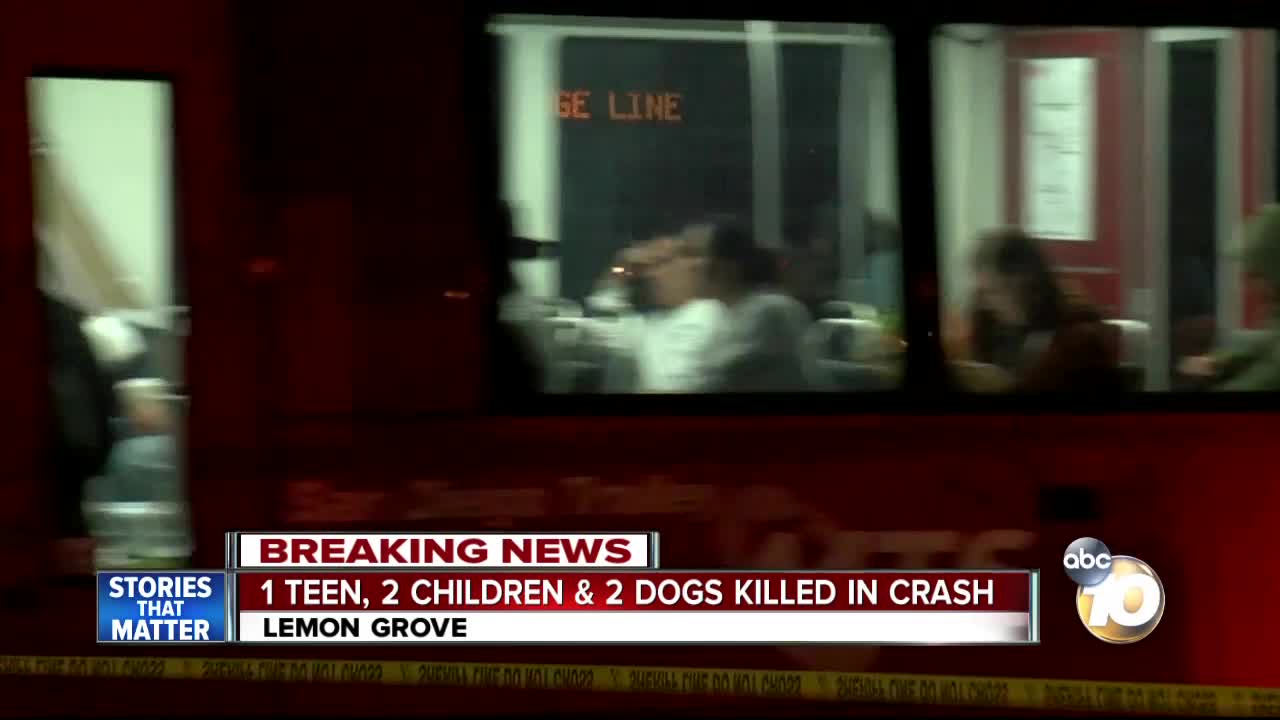 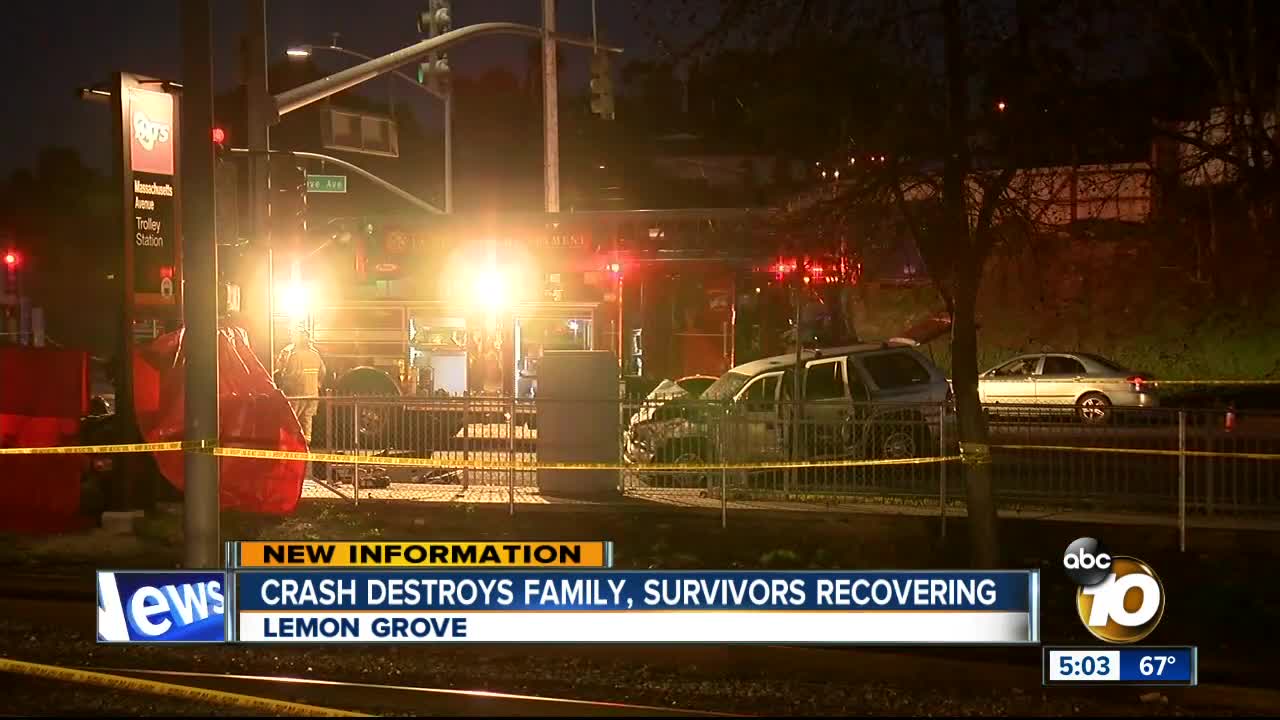 SAN DIEGO - A young woman, a teenage boy, a 7-year-old girl and two dogs were killed Wednesday in a head-on collision at an intersection in Lemon Grove.

The crash happened just after 4 p.m. at Lemon Grove and Massachusetts avenues, just outside a trolley station, according to sheriff's officials.

Officials said the Acura's 20-year-old female driver and two other young girls -- ages 4 and 7 -- were taken to the hospital with serious injuries. 10News learned the 7-year-old girl died at the hospital. The conditions of the Acura's driver and the other girl are unknown.

The SUV's male driver was taken to the hospital for an evaluation but was later released.

According to sheriff's officials, alcohol and/or drugs "do not seem to be a factor in the collision."

No charges have been filed, as investigators are still trying to determine which vehicle was at fault.