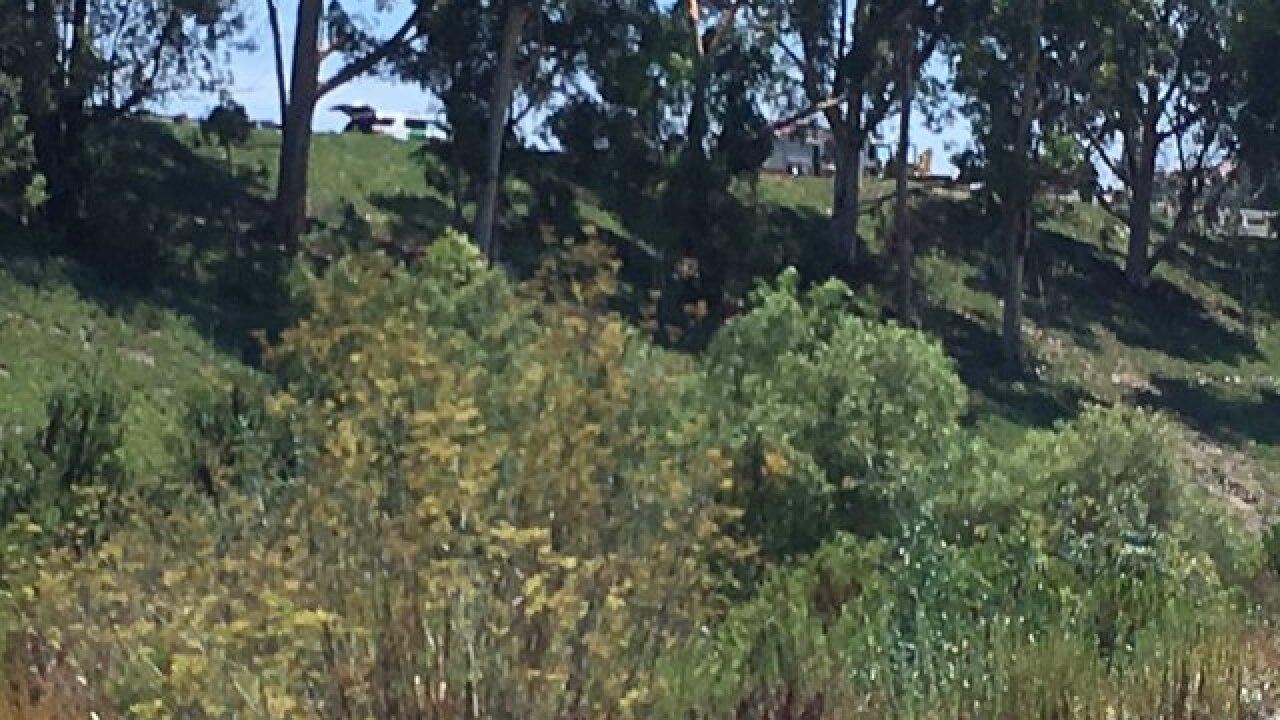 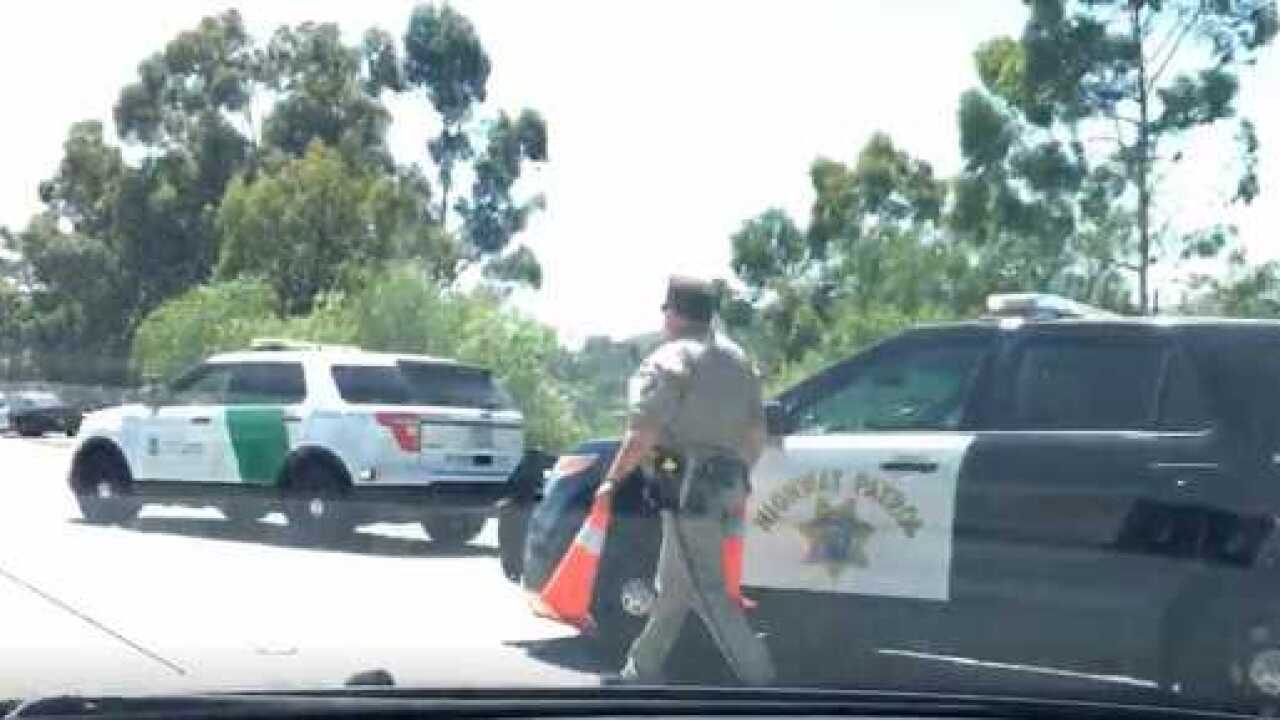 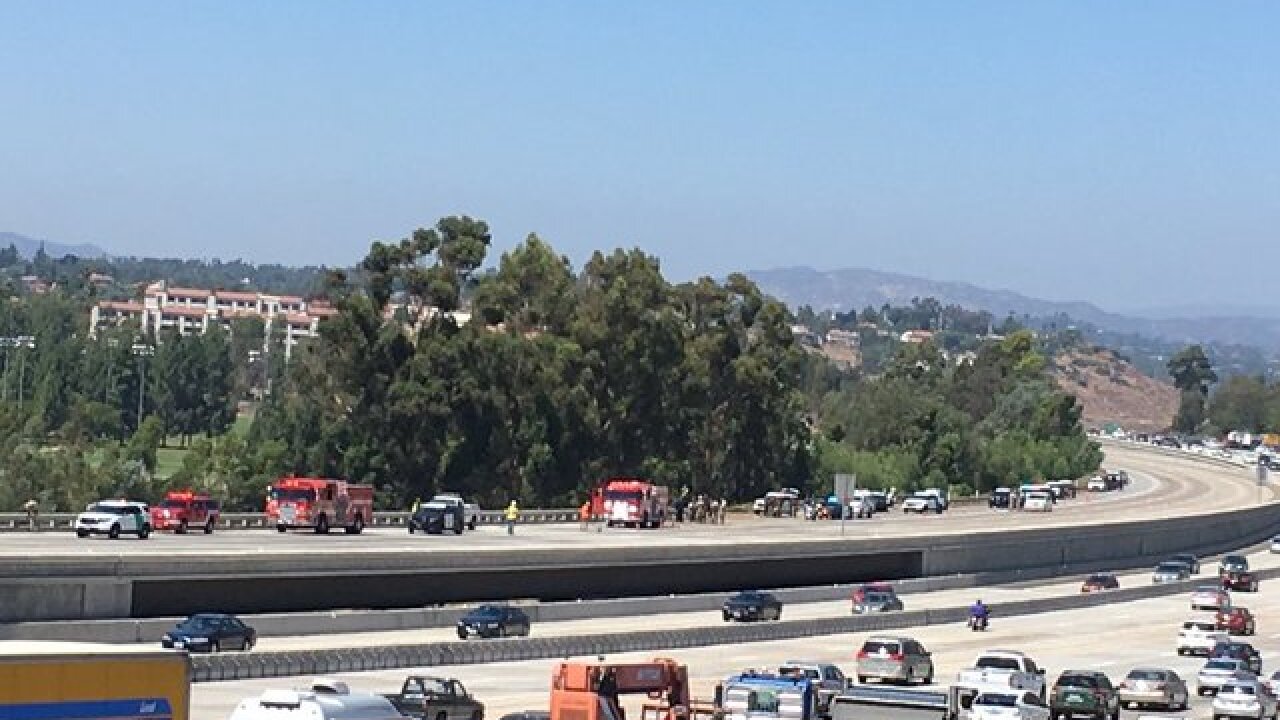 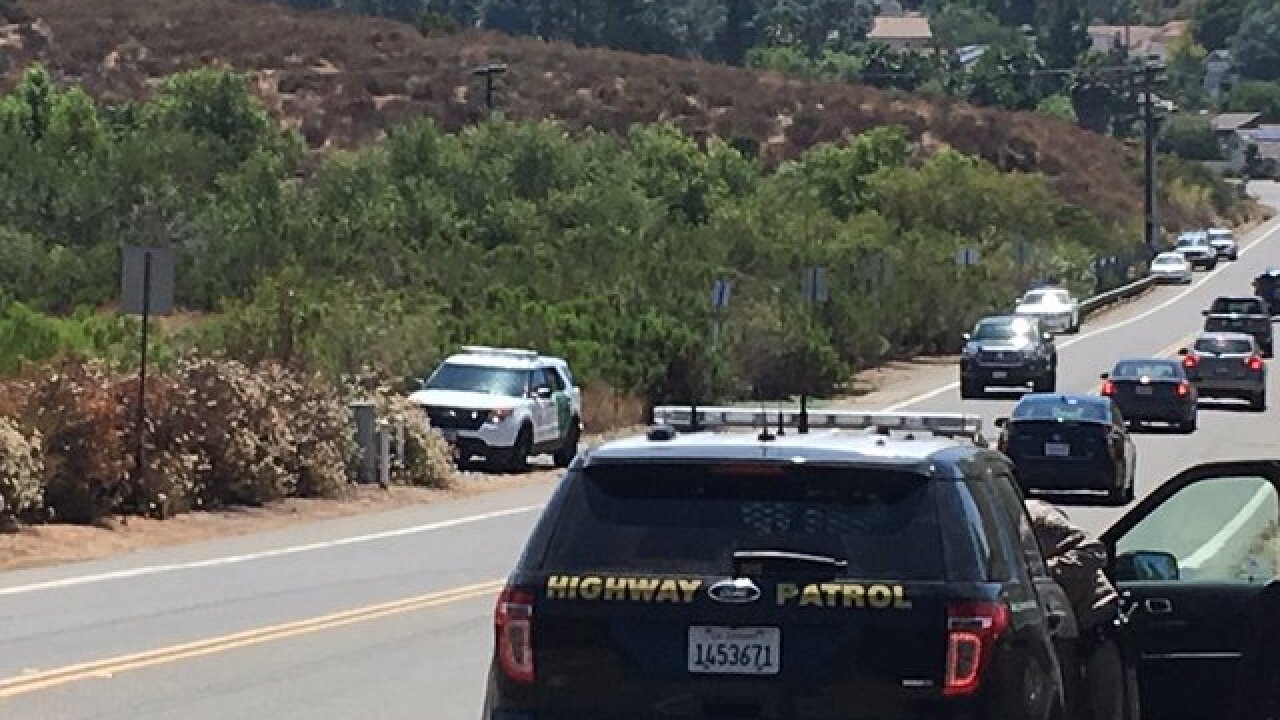 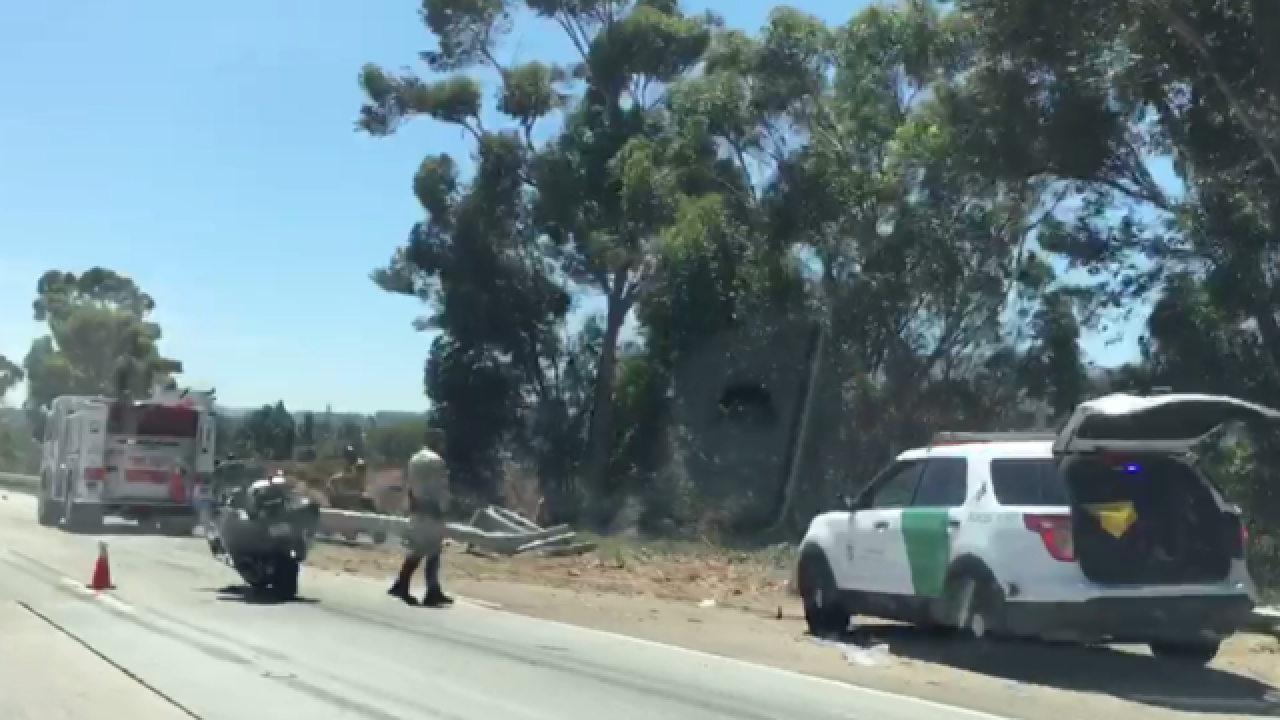 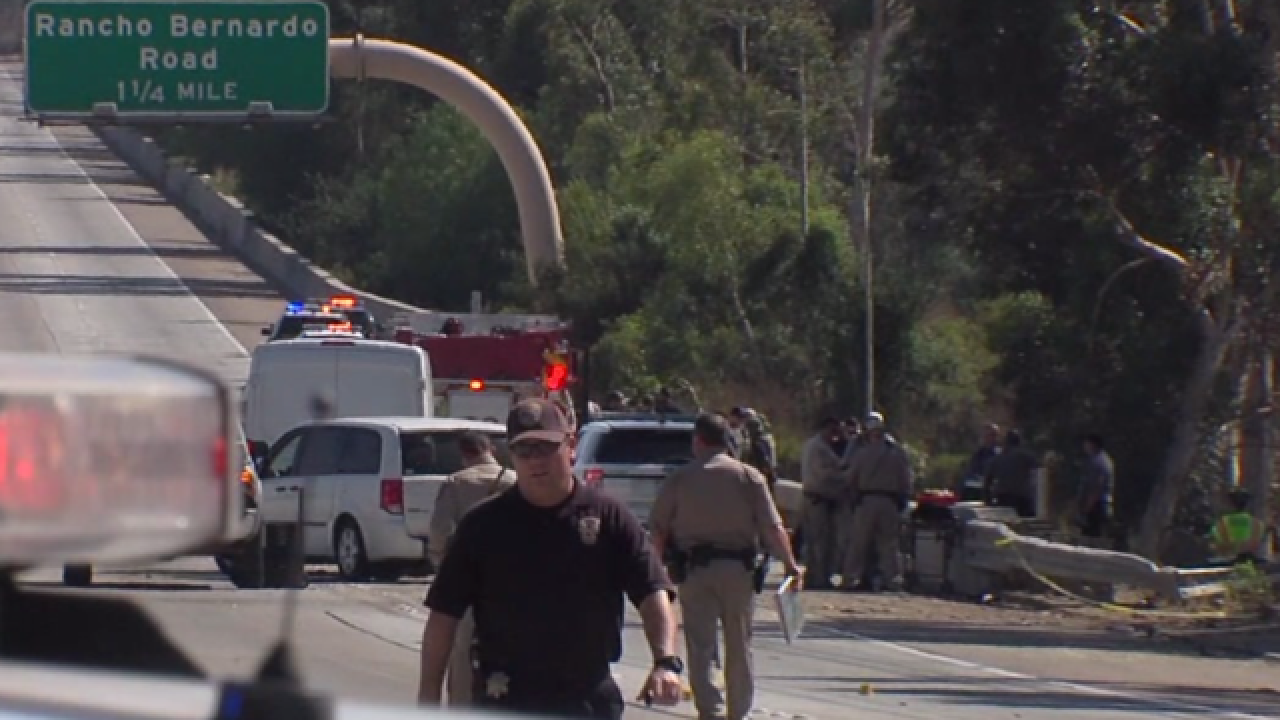 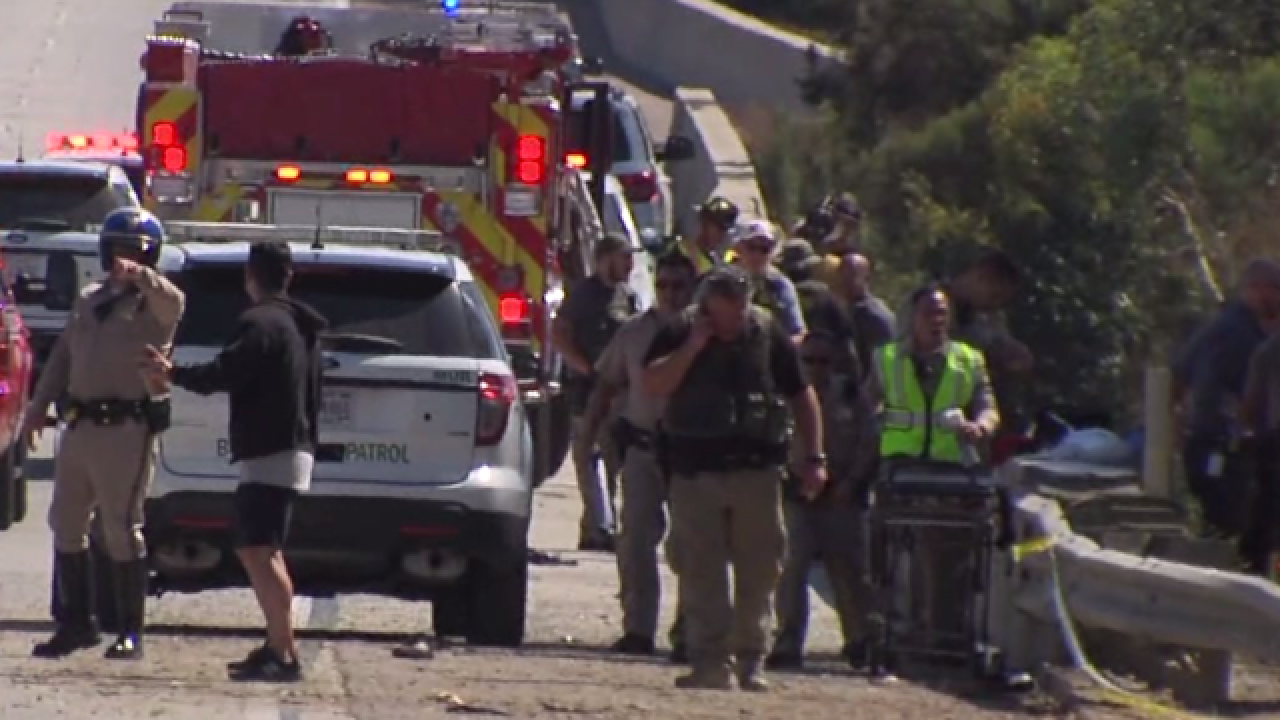 The crash was reported on the southbound side of Interstate 15 at about 1:15 p.m., according to California Highway Patrol (CHP), just south of West Bernardo Drive and Pomerado Road in Rancho Bernardo. CHP said a black GMC Envoy rolled over on Interstate 15, crashed into the freeway guardrail, rolled and dropped 120 feet down an embankment.

CHP said a total of four people were involved in the single-vehicle crash. Two people died at the scene and two others were transported to Palomar Hospital.

One of those transported later died at the hospital. The fourth person is hospitalized with major injuries, CHP said.

The victims were not immediately identified. CHP and U.S. Customs and Border Protection (CBP) officers are investigating the crash.

CBP explained to 10News that Border Patrol officers were in the area running license plates. One result returned a plate associated to a possible armed and dangerous murder suspect, who may also be involved with human smuggling, according to CBP. Border Patrol officers attempted to stop the vehicle on I-15 near Deer Springs Road and the SUV continued on, prompting a pursuit that ended in a rollover crash.

Officials also said it appeared no one was wearing their seatbelts, which could have led to a different outcome. Investigators said they were having trouble locating the victims' families Friday.

A sig alert was issued for the southbound side of the freeway until further notice. All southbound I-15 lanes were closed as CHP diverted all traffic through HOV lanes.

Triple fatal accident on SB 15. A 4th person rushed to the hospital w/ major injuries. Traffic backed up for miles. Live at 4 on @10News pic.twitter.com/aShPfOA7Fs

CHP began reopening lanes at about 5 p.m., though traffic was still heavy stretching back to State route 78.