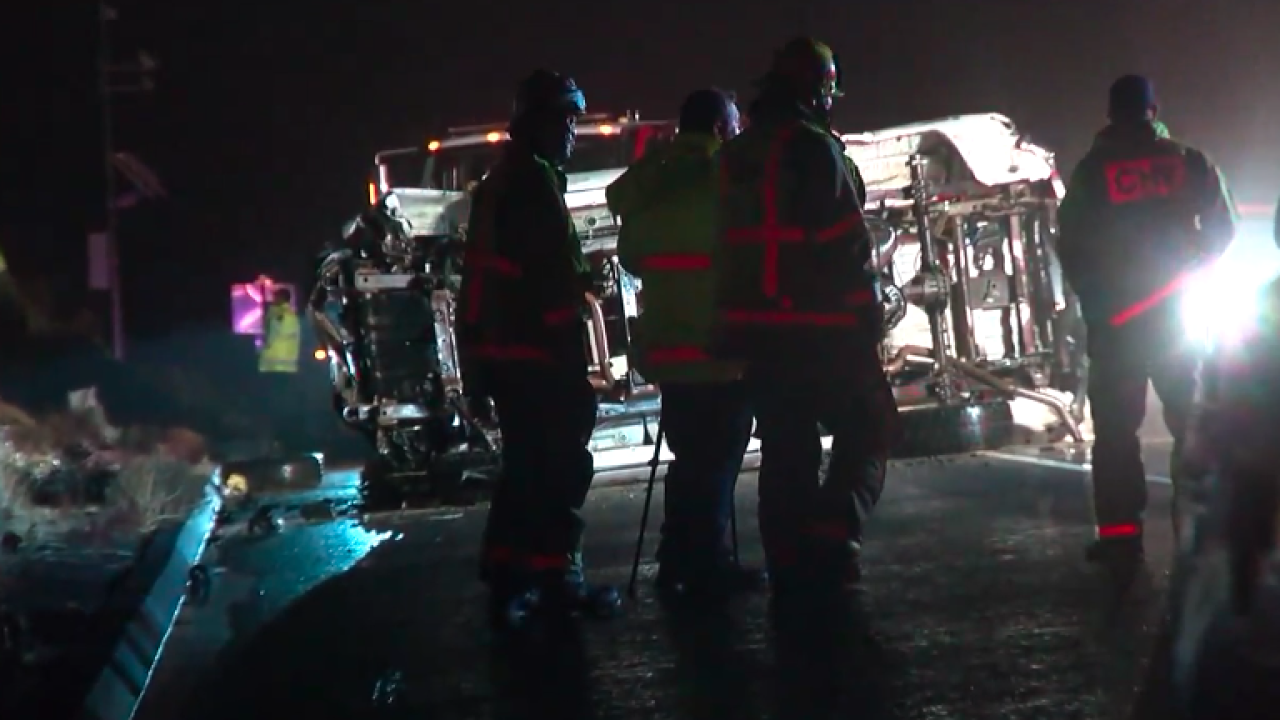 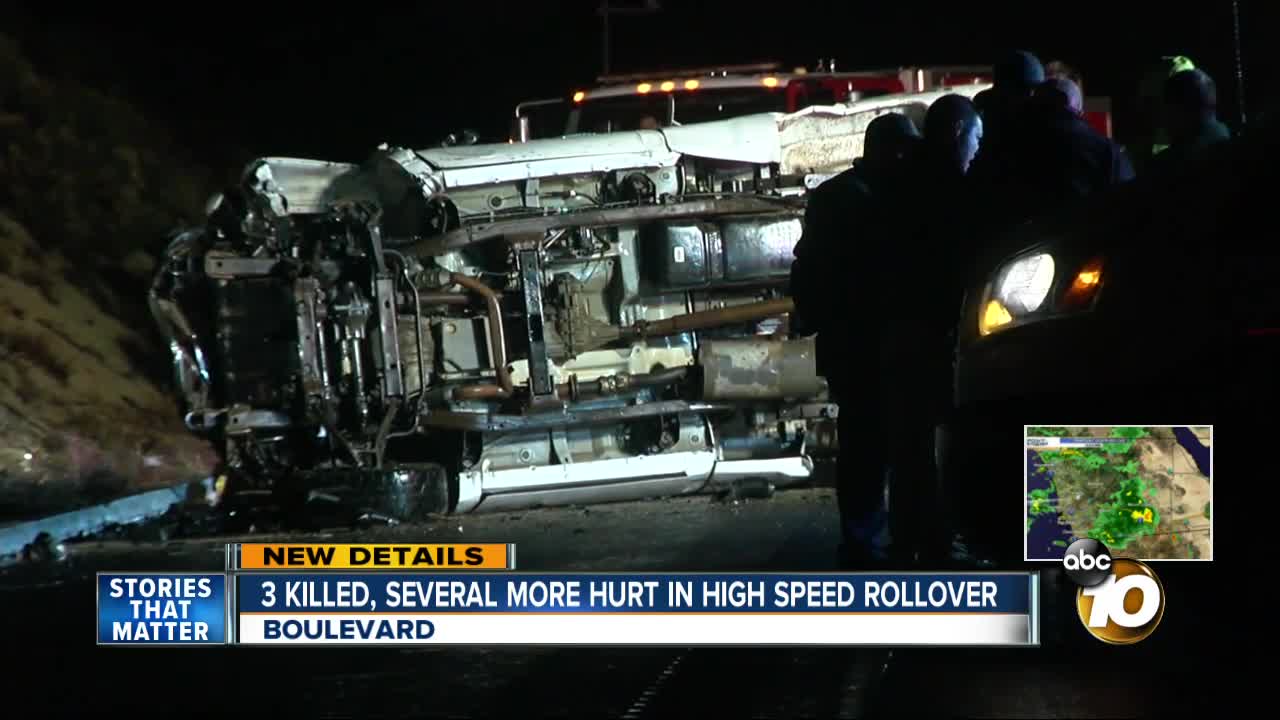 BOULEVARD, Calif. (KGTV) - A pickup truck with 11 people inside led Border Patrol agents on a chase in the East County before crashing in Boulevard, killing three occupants.

Customs and Border Protection officials said Border Patrol agents spotted tire tracks from the U.S-Mexico border that continued north into the U.S. at around 4:10 p.m. Thursday. CBP officials said the tracks are “typical signs of a drive-through smuggling event.”

About 10 minutes later, agents came upon a truck believed to be involved in the act and tried to stop it. However, the driver of the Chevrolet Silverado truck refused agents’ order to stop and sped away at a high rate of speed onto eastbound Interstate 8 at Buckman Springs Road.

The truck exited the freeway and then re-entered the westbound side of I-8 as agents pursued.

California Highway Patrol officials said the truck drove over a spike strip deployed by border agents on I-8 just east of Crestwood Road, causing the driver to lose control of the vehicle.

After going up an embankment, the truck “became airborne and subsequently rolled down the dirt embankment and back onto the main lanes of I-8 westbound,” CHP officials said.

The truck came to rest on its left side on the No. 2 lane of westbound I-8.

CHP officials said all occupants except the driver were unrestrained, and multiple passengers were thrown from the truck.

Three people -- two men and the lone woman in the group -- were declared dead at the scene. Seven other passengers were taken to hospitals with serious injuries.

CBP officials said the truck’s driver, a U.S. citizen, was placed into CHP custody. He has been charged with three counts of manslaughter.

Another vehicle believed to be linked to the alleged smuggling incident was spotted by agents about an hour later, and the male driver of that vehicle was taken into custody.

The alleged smuggling incident is under investigation, and CBP officials said the Border Patrol and CHP are working together in the crash probe.

No charges have been filed, according to CBP officials.

#Update: CHP says 3 people are now dead. 10 to 11 people were in vehicle. Truck was being chased by border patrol agents and a spike strip was used, before it lost control into an embankment. 2 people were in the cab area, the rest were riding in the truck bed @10News https://t.co/bv7q9FUin4