Transients move in while San Diego homeowner is on vacation 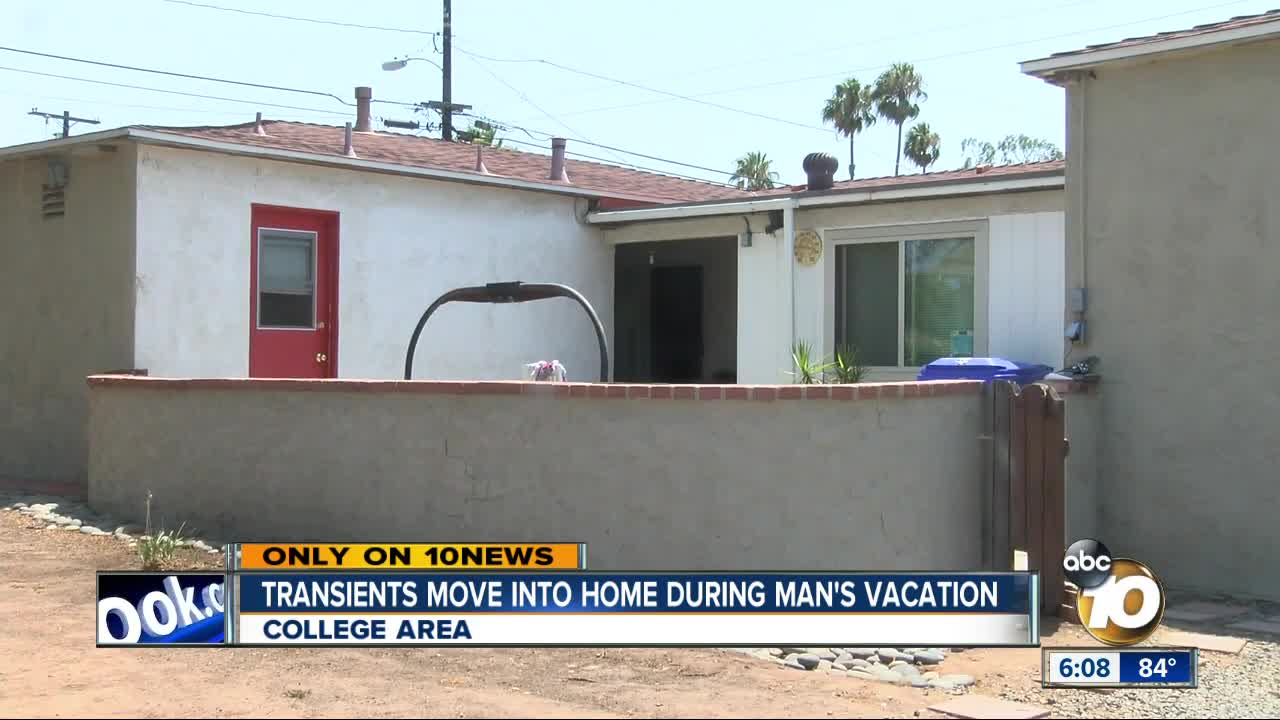 A College Area homeowner got a huge shock when he returned home from a camping trip: The presence of some uninvited guests. 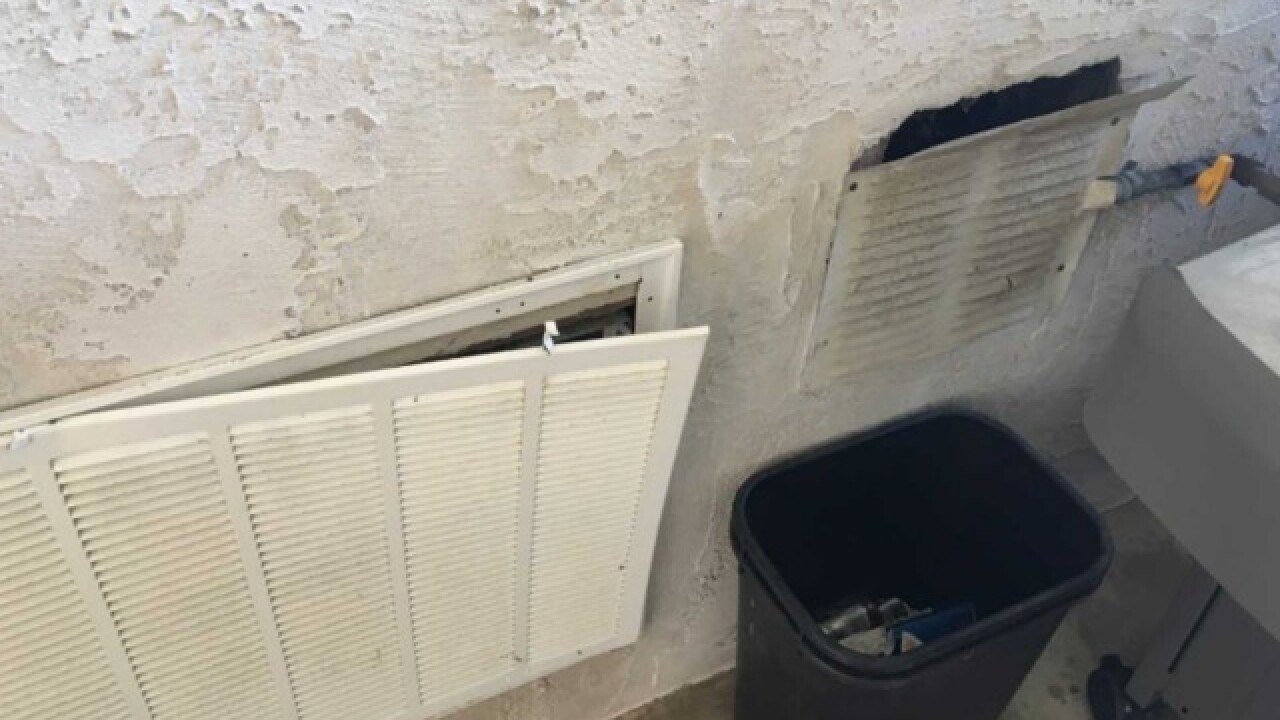 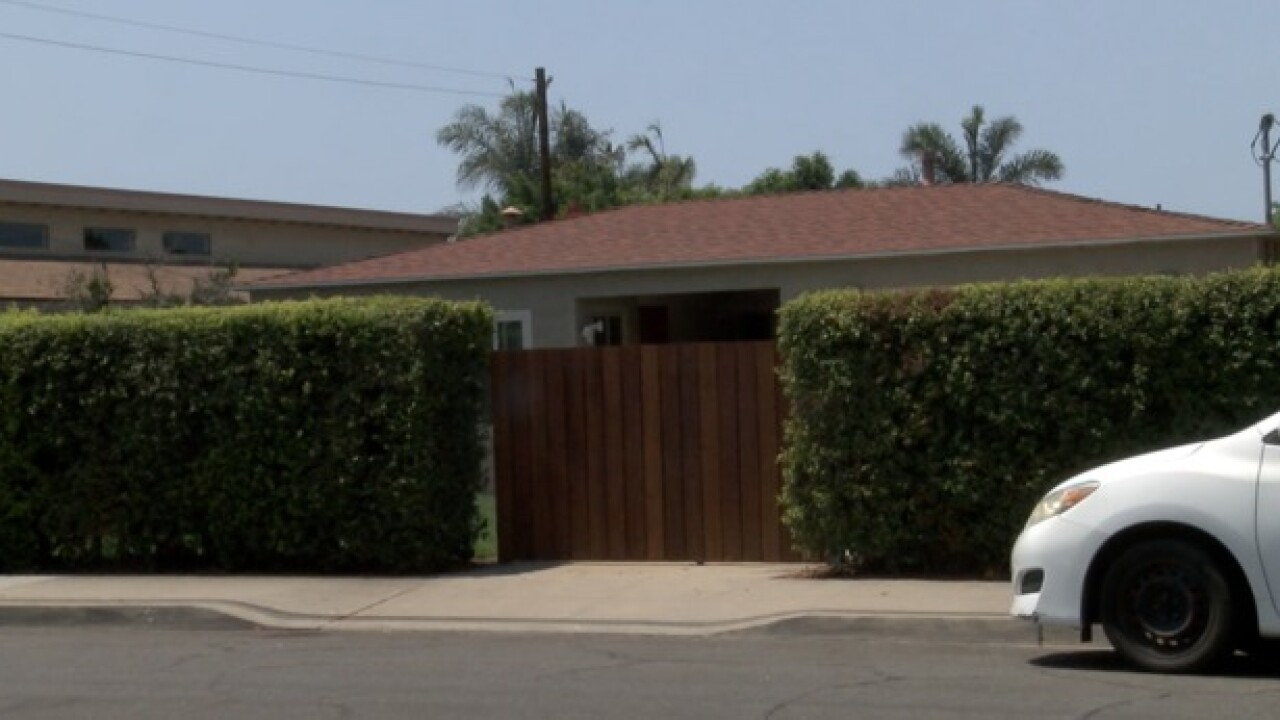 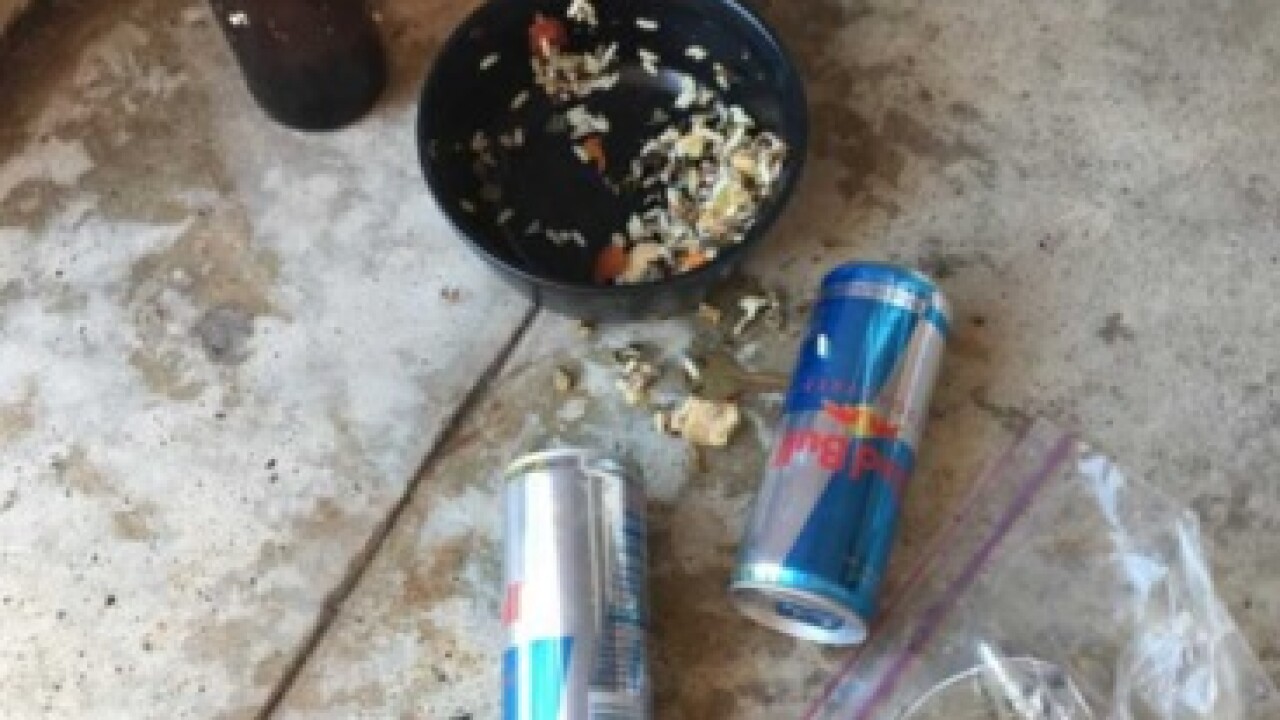 SAN DIEGO (KGTV) - A College Area homeowner got a huge shock when he returned home from a camping trip: The presence of some uninvited guests.

Bill Yogerst left Saturday at 12 p.m. from his home on Catoctin Drive. On Monday morning, he got a call from his roommate, who had also been out of town, telling him the grates on the outside of the granny flat had been damaged.

Inside the house, there was one disturbing discovery after another.

"There was a trail of dirt in the shower. They had urinated on the toilet. They ate my food and drank my beer," said Yogerst.

Photos he took show a half-eaten bowl of soup, and open beer bottles that were taken from his fridge. He also found shoes and some sweatpants in his hamper that didn't belong to him. Also throughout the house were odd shrines of carefully positioned, mismatched household objects.

"That is skin-crawling creepy," said Yogerst.

The feeling didn't go away when he reached the bedroom.

"I looked at my bed and it wasn't made. Sheets were pulled down and the pillows rearranged and stacked ... realized they were sleeping in my bed ... a creepy feeling of violation," said Yogerst.

The intruders in this twisted Goldilocks tale: A homeless couple in their 20s. Neighbors spotted them in the driveway on Sunday. Yogerst says they found his hidden spare key and walked right in.

"It was like a Holiday Inn. They were enjoying their stay," said Yogerst.

Yogerst says the presence of homeless in the area has increased in the past two years.

"Some of the churches, God bless them, do feed them, but that does bring them in," said Yogerst.

Yogerst says only a few items were taken, including loose change, toiletries, and prescription medication.

One of the suspects has a distinct description: A transient African-American woman, about 5-foot 5-inches tall, with bright orange hair. If you have any information, call Crime Stoppers at 888-580-8477.