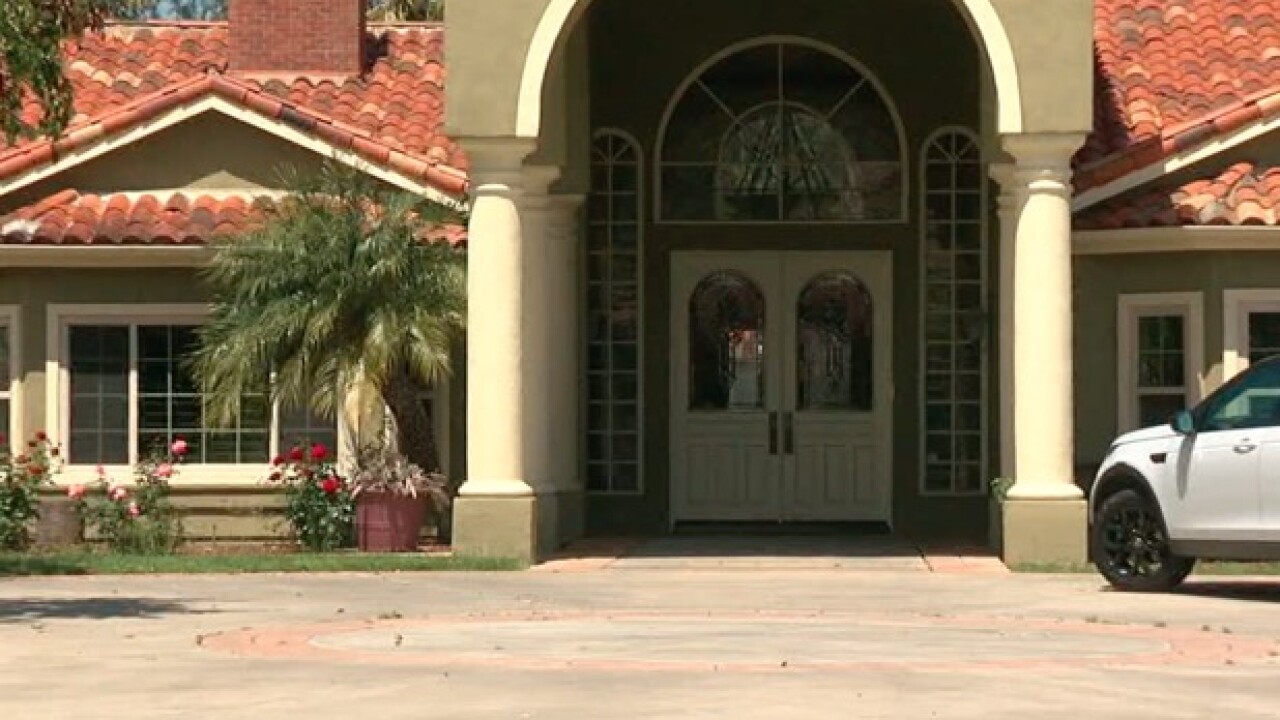 POWAY, Calif. (KGTV) -- There are two larger-than-life monuments to Padres Hall of Famer Tony Gwynn: one outside Petco Park where he played baseball; the other near Poway Lake, close to his home.

The beautiful two-acre estate in an exclusive section of Poway will be sold at auction this Wednesday. The minimum bid is $2.2 million.

The sale comes four years after his death from cancer. It's distressing news for fans like Marsha Kaminski, the part owner of Kaminski's Sports Lounge and Barbecue.

"My heart sank because he's so awesome," she said.

Tony Gwynn spent his entire career with the Padres, one of the stars on the team that played its way into the 1998 World Series with the Yankees.

"Tony's right there, next to Ken Caminiti. May they rest in peace."

Gwynn was the Padres' best hitter, winning eight National League batting titles and San Diego sports icon who was involved in his community.

"Being involved with high school sports; Tony Gwynn bought shoes for the basketball team for all the kids; stuff like that," remembers a Poway resident.

Gwynn's skills earned him fame and millions of dollars but he did not invest well and in 1987, filed for bankruptcy.  Now the family home has been foreclosed upon and is about to be sold.

"For them to move out of Poway, it's a big sense of loss.  Hope they can stay here," said one of the Gwynn's neighbors, calling it a sad day.