TIJUANA, Mexico (KGTV) -- A tiger and panther cub pair was seized at the Tijuana Airport Tuesday.

Both animals are safe an in custody. Officials say the cubs were found inside a wooden box with no documentation.

Both were sent from the State of Mexico, but officials say their final destination is unclear.

This isn't the first time customs officials have found a tiger cub the object of possible wildlife smuggling.

Last August "Moka," a Bengal tiger cub, was seized from a car at the border by Customs and Border Protection officers. 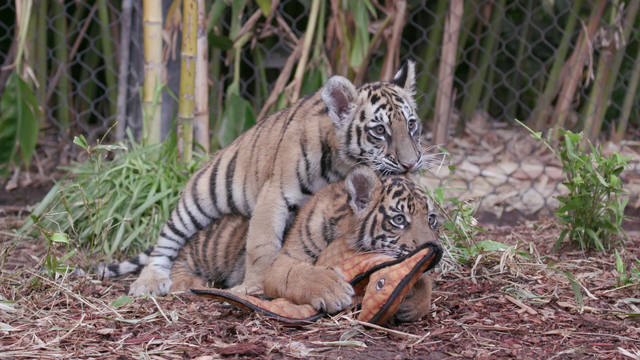 That cub has been under the care of the San Diego Zoo Safari Park. Park officials even had a 4-year-old Sumatran tiger cub, "Rakan," from Smithsonian’s National Zoo in Washington D.C. flown in as a companion.