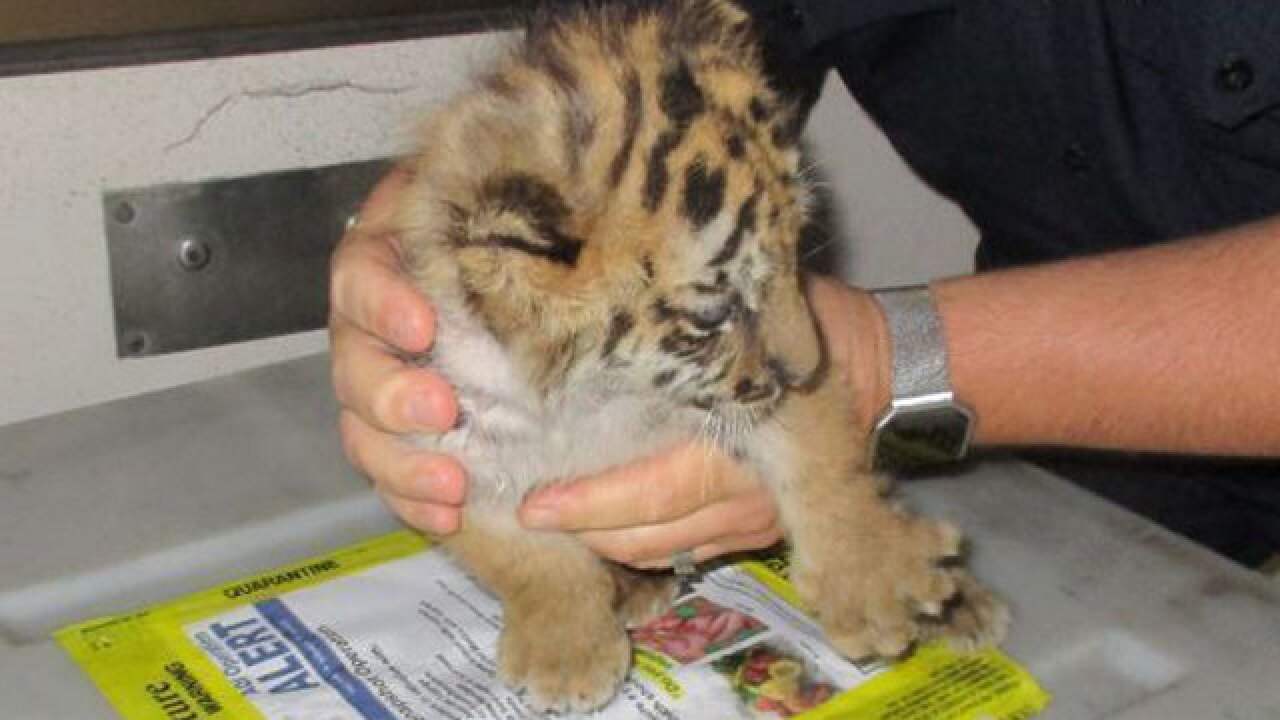 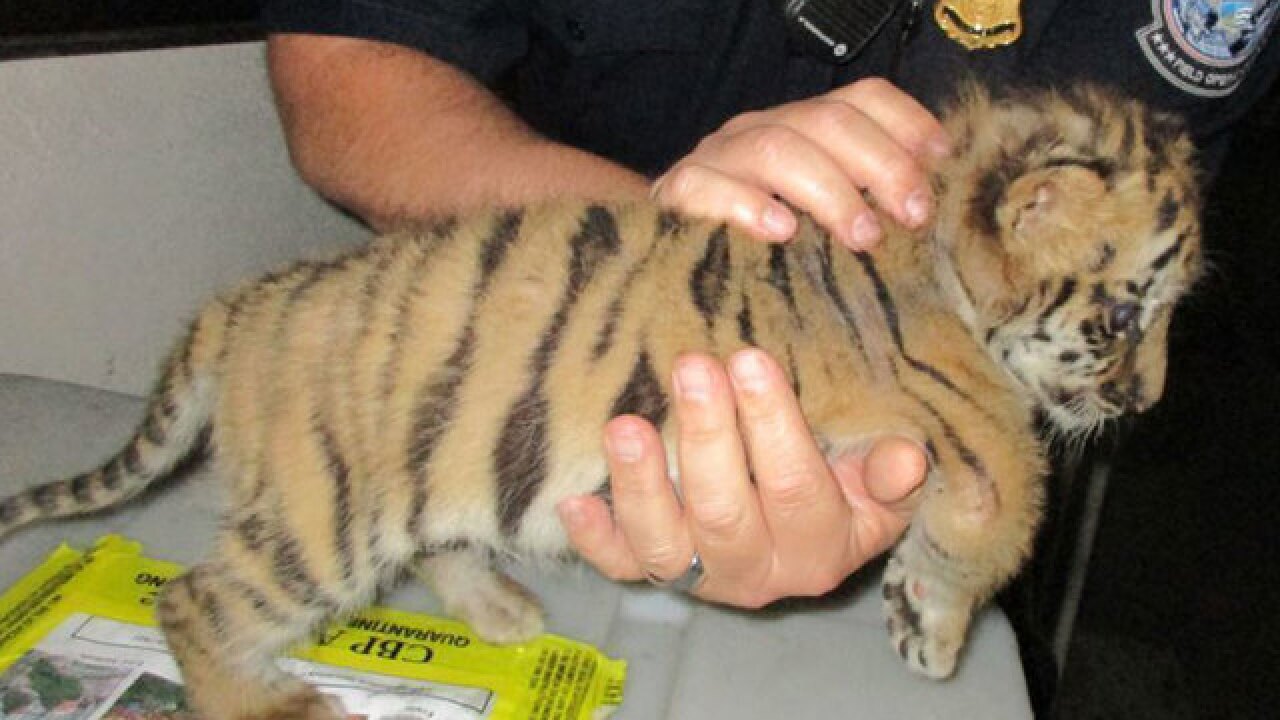 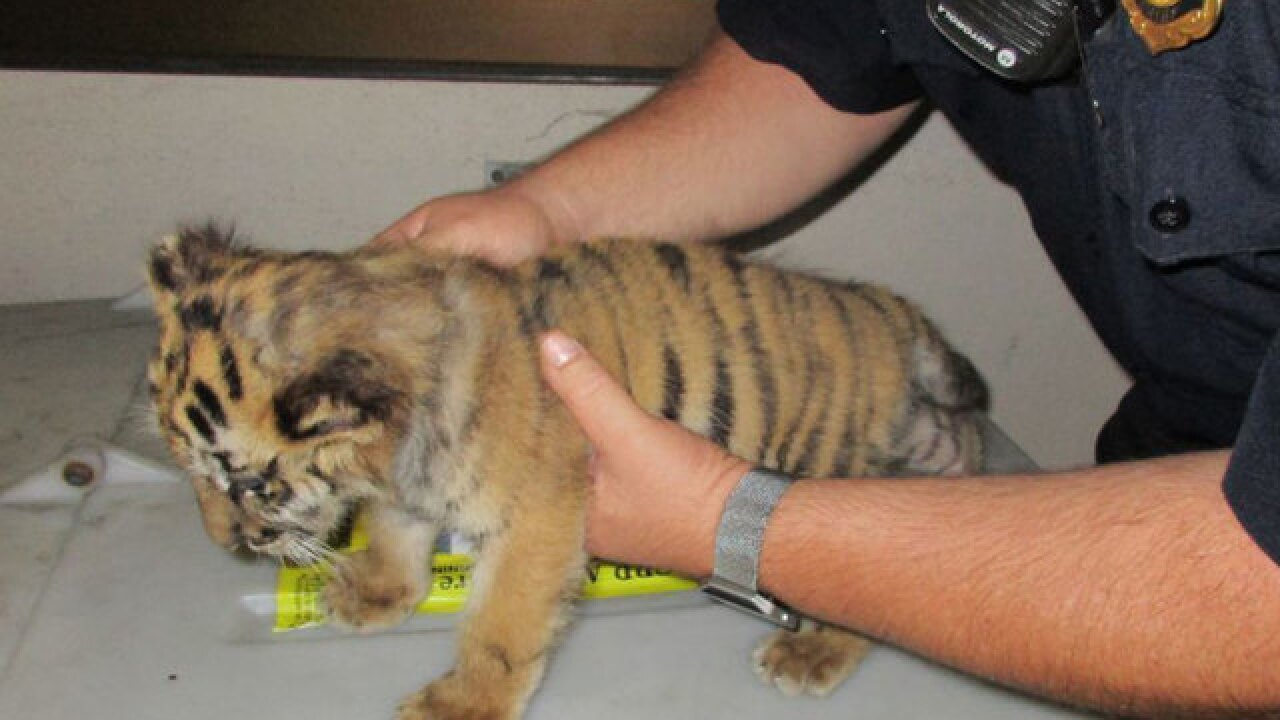 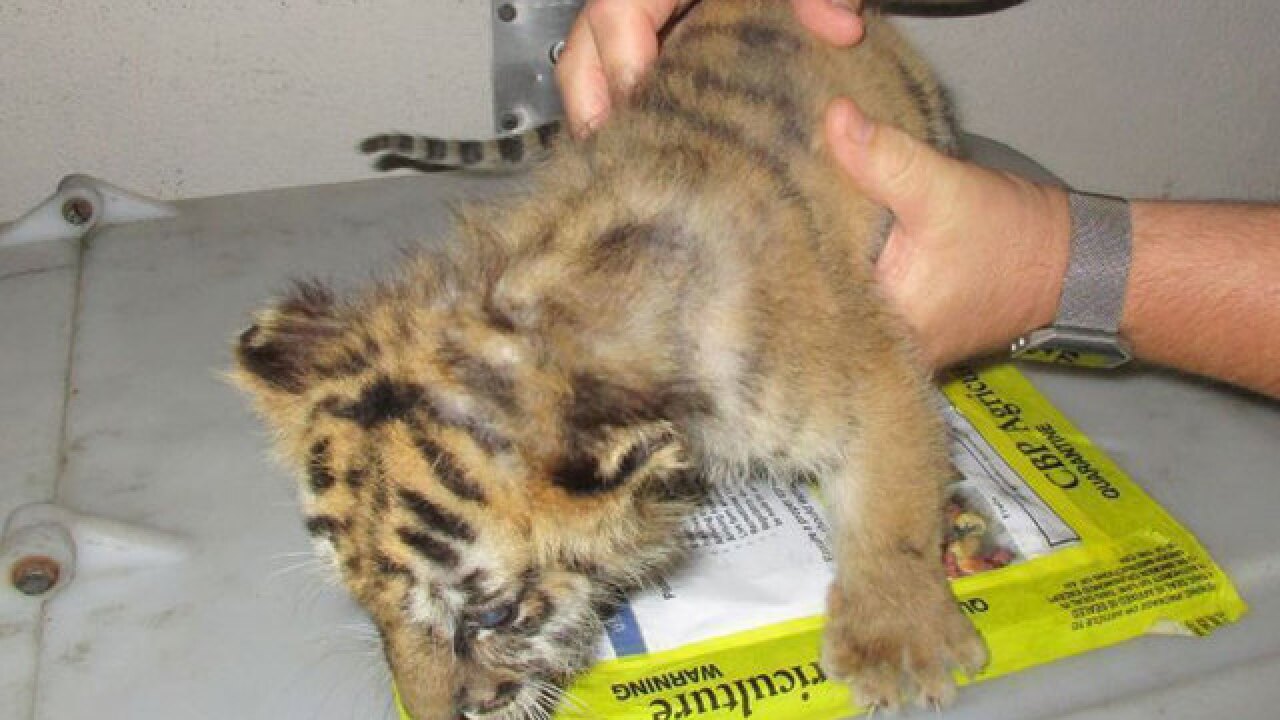 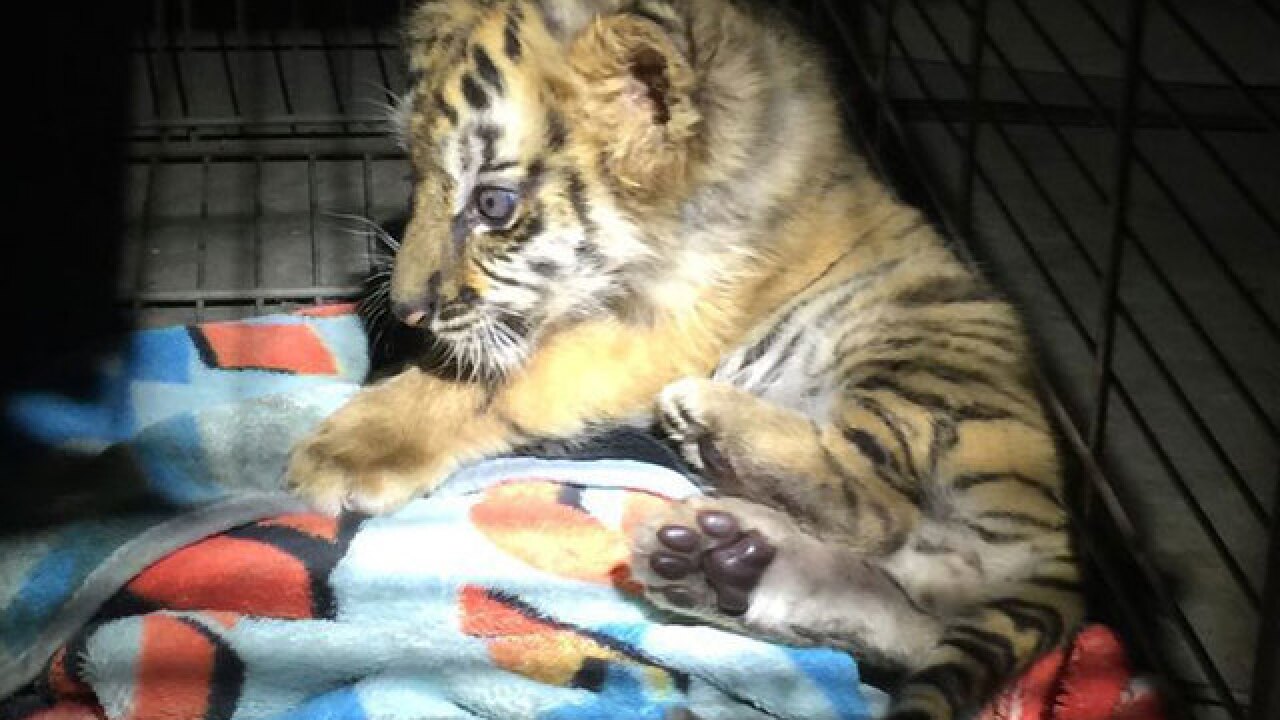 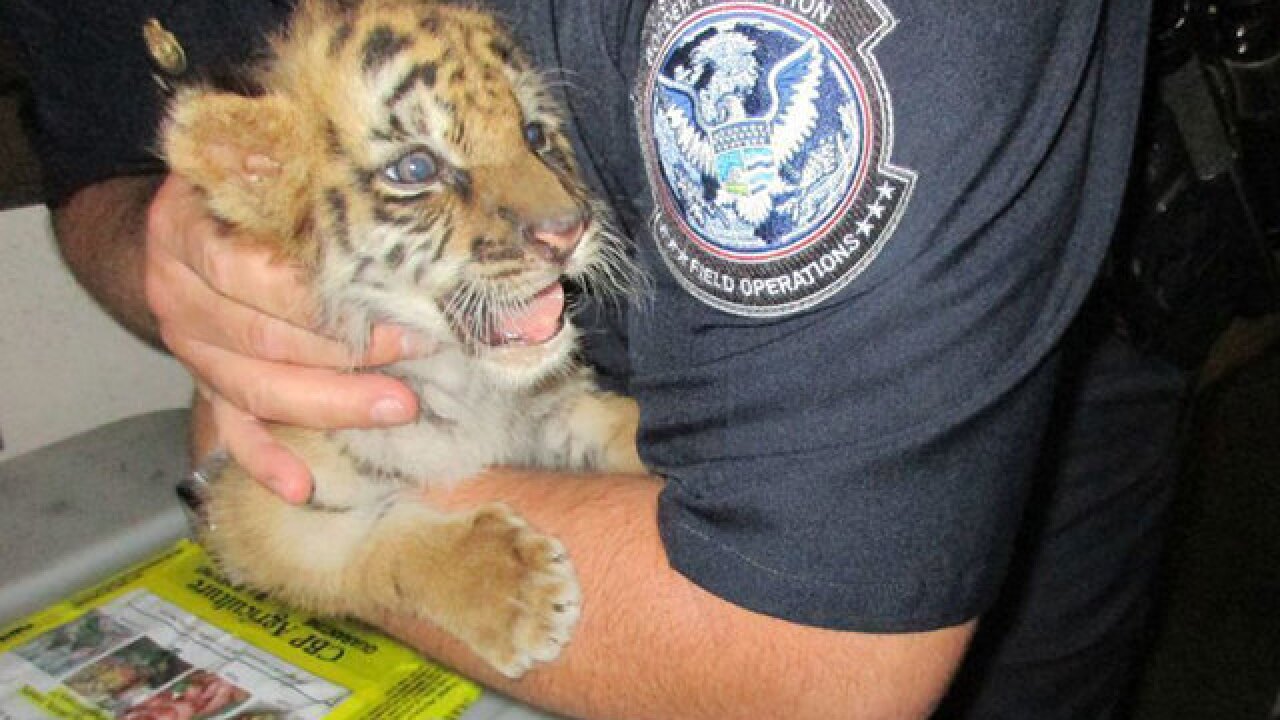 Customs and Border Protection officials said: "On August 23, at about 1:30 a.m., an 18-year-old man arrived at the Otay Mesa port of entry driving a 2017 Chevy Camaro, with a 21-year-old man in the passenger seat. The CBP officer conducting the inspection referred the vehicle and occupants for further inspection.

CBP officers searched the vehicle and discovered a tiger cub lying on the floor of the front passenger side. Officers removed the tiger cub from the vehicle and placed it in an animal crate until agents from the U.S. Fish & Wildlife Service responded to the border crossing."

The U.S. Attorney's Office said the driver – identified as Luis Eudoro Valencia, of Perris -- was arrested and faces smuggling charges. Valencia, who officials said "failed to declare the cub" to agents, stated that "he had purchased the tiger for $300 from an individual he encountered walking a full-sized tiger on a leash in Tijuana."

The U.S. Attorney's Office added: "All species of tigers are listed as endangered under the Endangered Species Act, and are protected under Appendix I of the Convention on International Trade in Endangered Species. To legally import an endangered species into the United States requires a permit from the U.S. Fish & Wildlife Service, and the importation must be accompanied by a Declaration Form 3-177 filed with Fish & Wildlife. According to the complaint, the defendant lacked the required permit and did not file the required declaration."

The cub is now in the custody of Fish & Wildlife Service agents, and the agency is working with the San Diego Zoo to determine how to best care for the animal.

Valencia, who was released on $10,000 bond, is scheduled to appear in a federal court on Sept. 5.

CBP officials said the incident is similar to a situation that occurred at the San Ysidro Port of Entry more than 20 years ago. In that incident, smugglers attempted to move a tiger cub from California into Mexico but were stopped.

Officials said that cub, named Blanca, ended up living at the San Diego Zoo's Safari Park for many years.