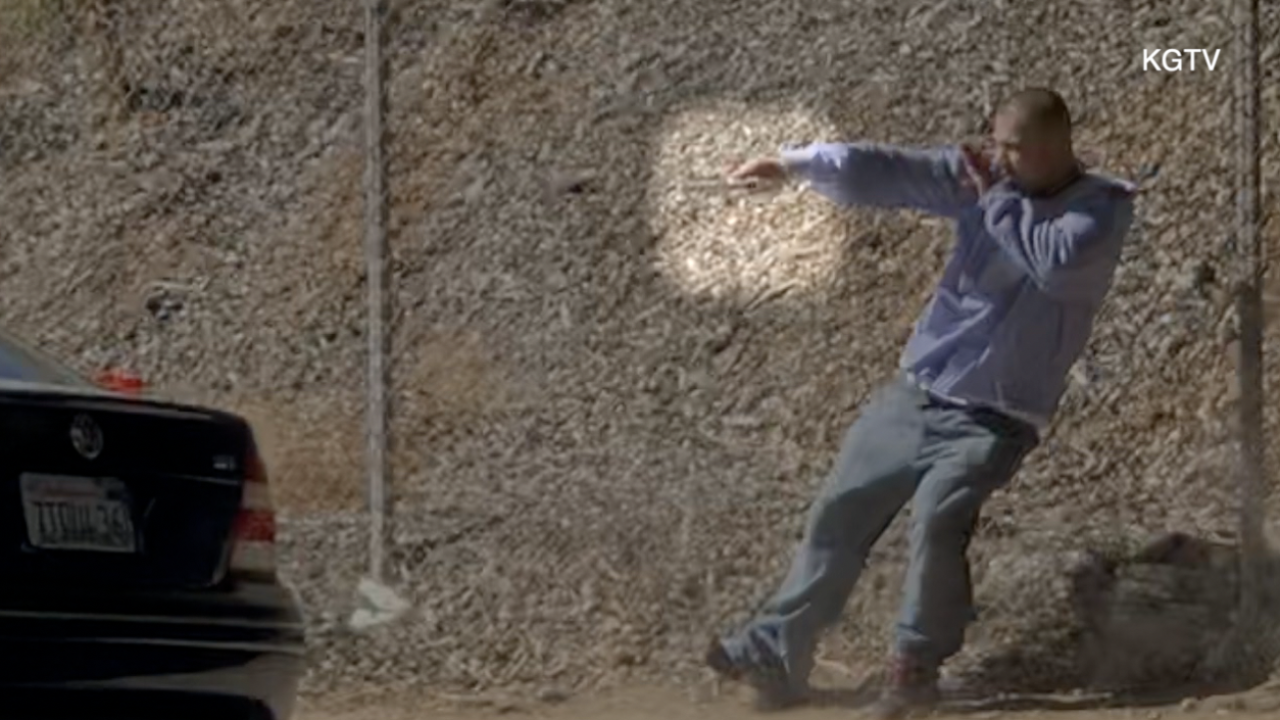 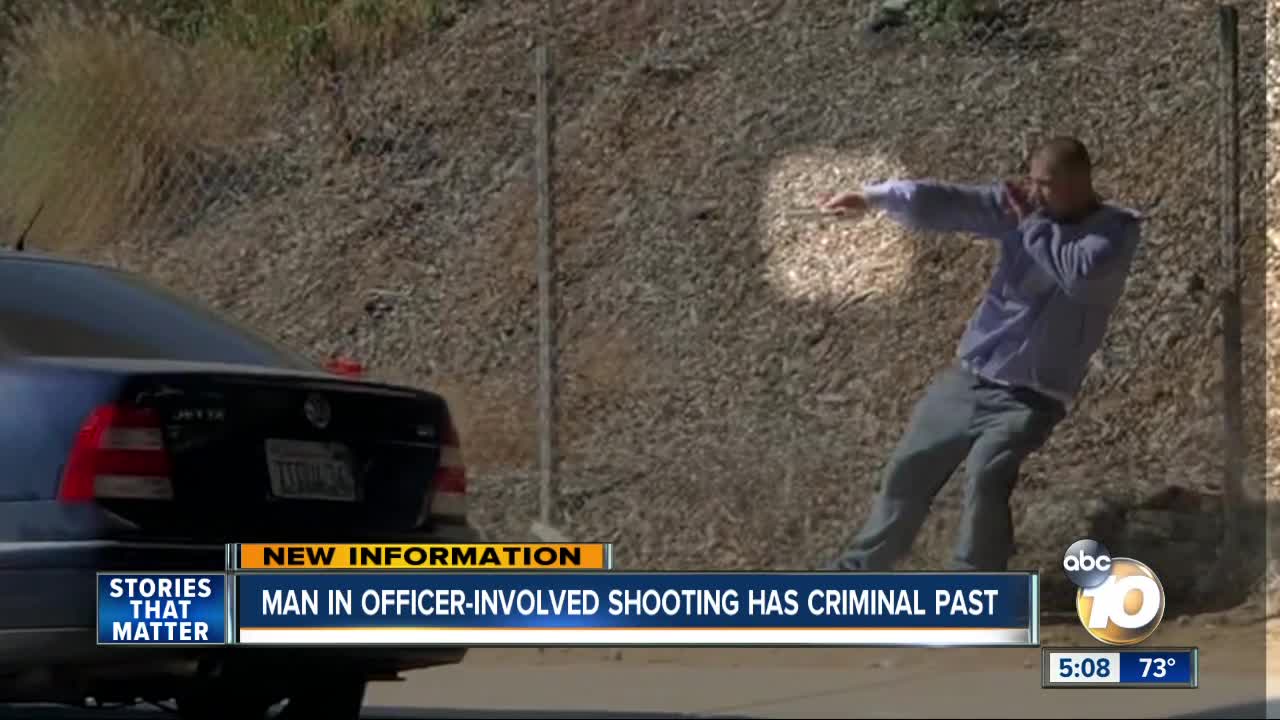 Witness video obtained by 10News shows the suspect, later identified as 30-year-old Enrique Aguilar, walking in the middle of the street. In the video, it appears Aguilar starts walking toward the direction of police. Yells of “drop the gun” could be heard as Aguilar continues walking down the street.

As Aguilar proceeds toward officers, police say he pointed a weapon at them. Several shots were fired and Aguilar fell to the ground. He was taken to a nearby hospital with non-life threatening injuries. Police say he was struck at least once and underwent surgery.

Records uncovered by Team 10 show Aguilar’s criminal past dates back more than a decade—from vehicle code violations to drug offenses. In 2010, he faced attempted robbery charges. The following year, Aguilar and two others were charged with attempted murder and first-degree robbery. Documents show he was connected to a local gang. Aguilar entered a plea deal and pleaded guilty to robbery, according to documents. He was sentenced to six years in prison.

In the court file, we found a letter he wrote in 2012 saying in part:

“I am remorseful for my involvement that I took part in and take full responsibility for my own actions. Sometimes circumstances put us in situations that later on we regret. I’m thankful to God that nobody got killed in this matter. My intentions were never, never to hurt anybody… I wish I could take it all back so I could be with my family. I continuously apologize to the victim and my loved ones for the pain I’m putting them thru [sic]; not being able to support my wife as well for my 3 babies.”

Aguilar is now in jail facing a slew of charges including three counts of first-degree attempted murder, attempted assault with a firearm, receiving stolen property, participating in a criminal street gang, and a felon in possession of a firearm. Because of his criminal past, he was not supposed to own any weapons.

Aguilar is scheduled to appear in court in the next couple of days.

The officers involved in the shooting were not hurt. They have not yet been identified.