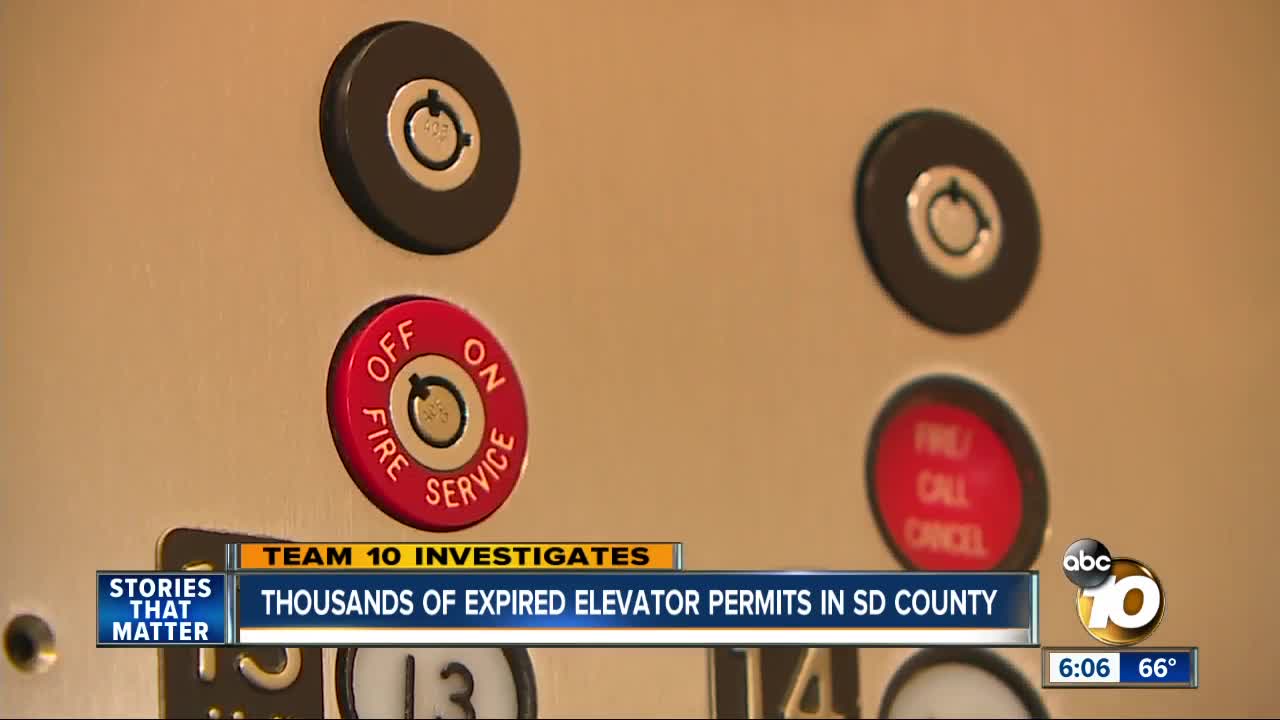 State records show more than 6,000 elevators are not in compliance

Thousands of elevator permits in San Diego County are out of date, according to the Department of Industrial Relations.

In San Diego and Imperial Counties, a DIR spokesperson said there are 12,541 elevator permits issued. Of those, 6,932 are expired.

DIR spokesperson Frank Polizzi said there is no penalty for expired permits, “but a unit should not be running if it has been tagged out of service for a maintenance/safety reason.”

Team 10 visited several elevators in downtown San Diego and found there was no permit displayed in the elevator at all—including an elevator at Horton Plaza and one operated by the City of San Diego.

Polizzi said there are other reasons a displayed permit could be expired, besides the elevator being out of compliance. The owner could be waiting for a Cal/OSHA permit inspection or they have not posted the most updated permit.