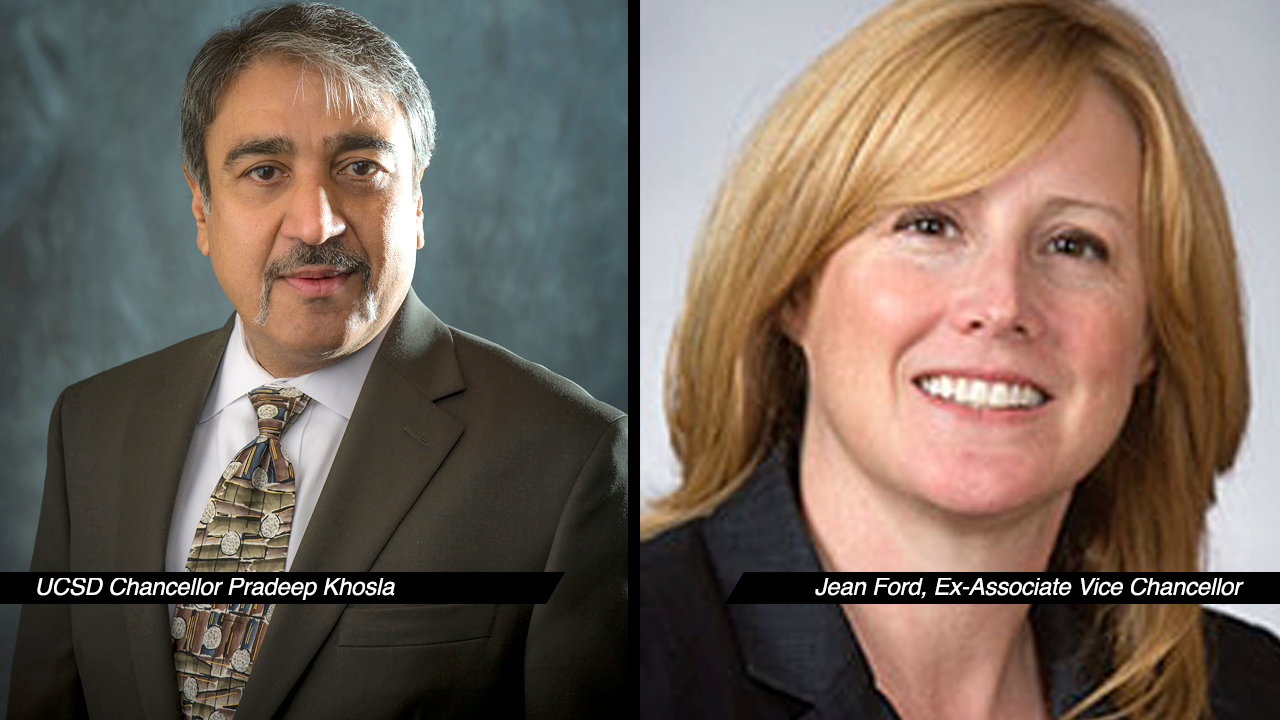 Ford came to San Diego in 2015 after a decade at Columbia University Medical Center, according to a biography previously on the UC San Diego website.

The lawsuit alleged that she was subjected to discrimination and harassment by Chancellor Kholsa because she was a woman over the age of 40, then retaliated against for complaining about illegal conduct. The complaint alleged that Kholsa promoted a younger and less experienced man to supervise Ford.

“My client has been a successful fundraiser for 25 years,” said attorney Kristina Larsen last year. “She was recruited to UCSD… and UCSD Health had their most successful fundraising year of almost $150 million under Ms. Ford’s leadership.”

The UC Regents recently approved the settlement agreement, although the terms were not disclosed.

In a statement, Larsen told Team 10:

“Former UCSD Assistant Vice Chancellor Jean Ford, The Regents of the University of California, and UCSD Chancellor Pradeep Khosla have amicably resolved the claims between the parties, with none of the three admitting any wrongdoing. As UCSD faces unprecedented operational challenges as a result of the global Covid-19 pandemic, and mandated court closures further compound litigation delays, each party agreed that an expedient resolution would be in the best interest of all involved during these extraordinary times.”

Team 10 reached out to officials at UC San Diego, but have yet to hear back.