San Diego Superior Court expected to be closed through April 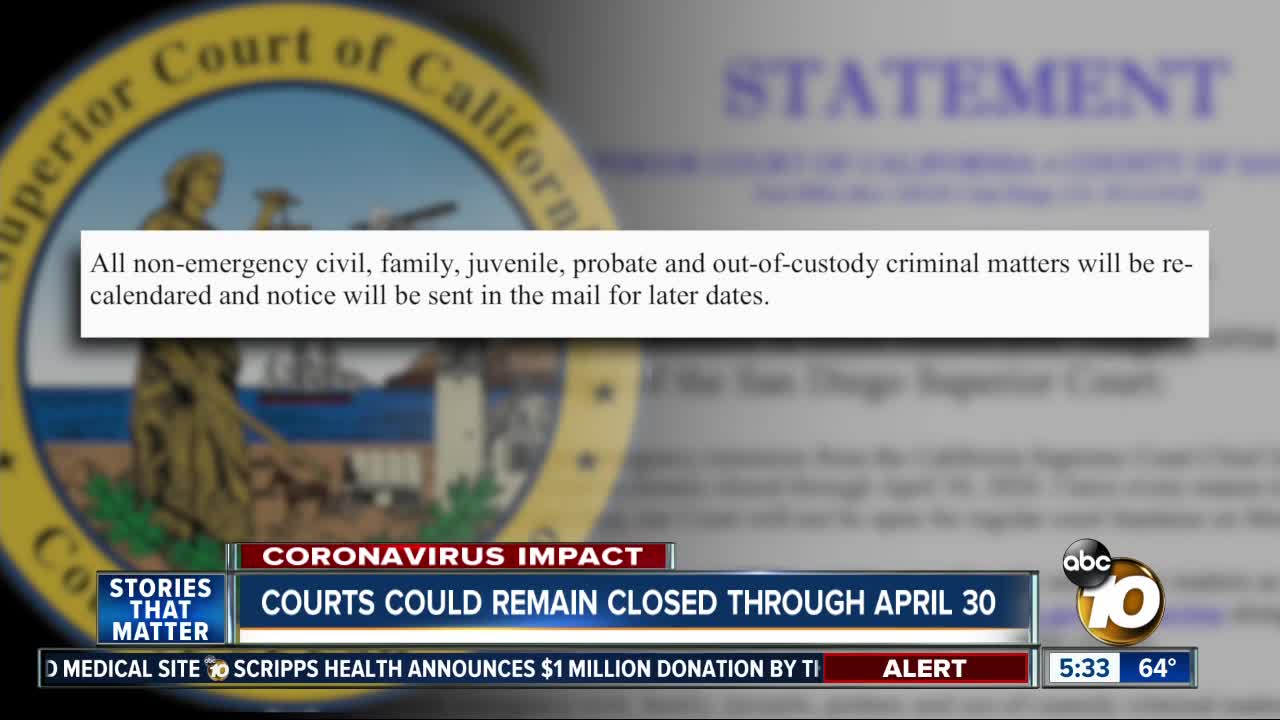 San Diego Superior Court will remain closed through the month of April due to the coronavirus, only open for emergency matters. 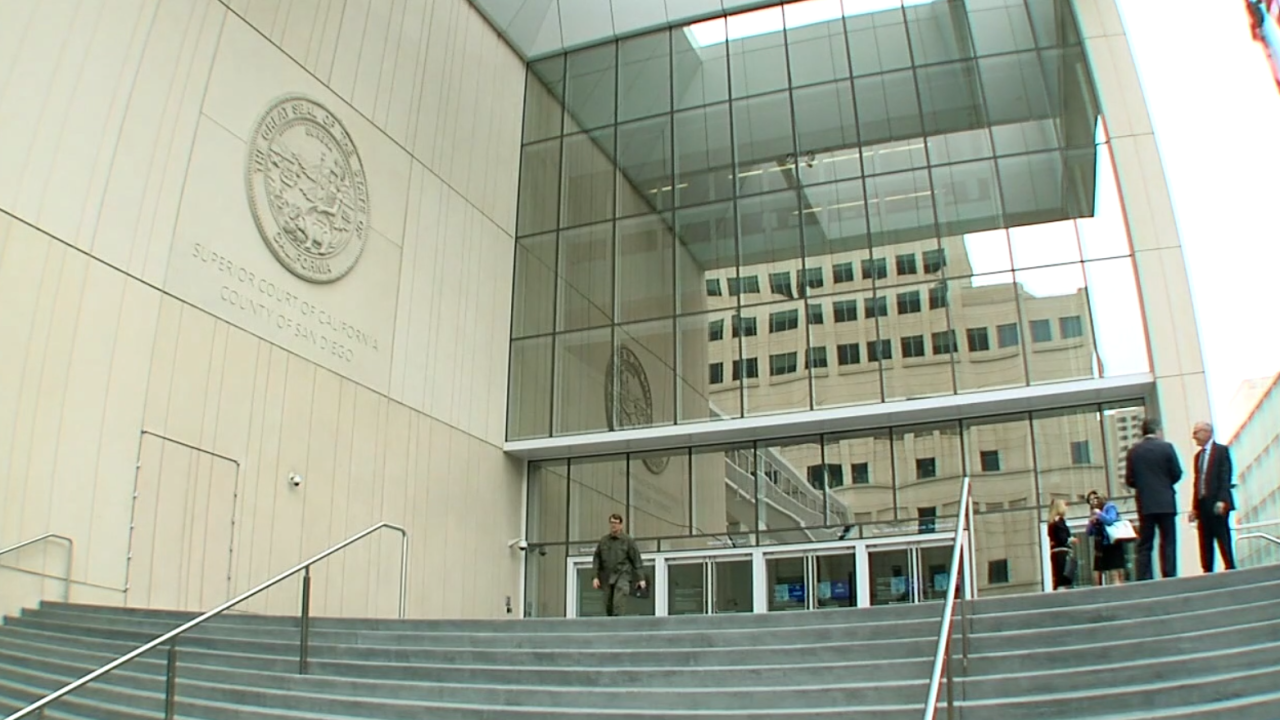 SAN DIEGO (KGTV) - The announcement that the San Diego Superior Court is expected to be closed through the end of April was made in a statement late Wednesday by Presiding Judge Lorna Alksne.

“I have requested an emergency extension from the California Supreme Court Chief Justice for the San Diego Superior Court to remain closed through April 30, 2020. I have every reason to believe this request will be granted and thus, our Court will not be open for regular court business on Monday, April 6, 2020,” Alksne said.

According to the statement, all non-emergency civil, family, juvenile, probate and out-of-custody criminal matters will be rescheduled, and notice will be sent in the mail for later dates.

The Court also said, next week it will start hearing cases where the defendant is in custody and has a right to a hearing consistent with the additional time that has been ordered by the Chief Justice. In those limited cases, the defendant will appear remotely from the detention facility.

“The San Diego Superior Court is working with the District Attorney’s office, the Public Defender’s office and the Sheriff’s department to set up a remote video appearance courtroom for all felonies and misdemeanors in each court,” according to Alksne’s statement.

The announcement of remote video appearances is something local criminal attorneys were hoping would happen. Prior to the announcement Wednesday, attorney David Shapiro said his clients were looking for clarity.

“The hope is that the court can work something out even in some sort of video capacity or a phone call,” Shapiro said. “Something is better than nothing because we have way too many people sitting in jail that have never been to court or advised of the charges against them.”

The Chief Justice of the California Supreme Court is expected to grant the court request.

The San Diego Superior Court is posting all updates on its website.