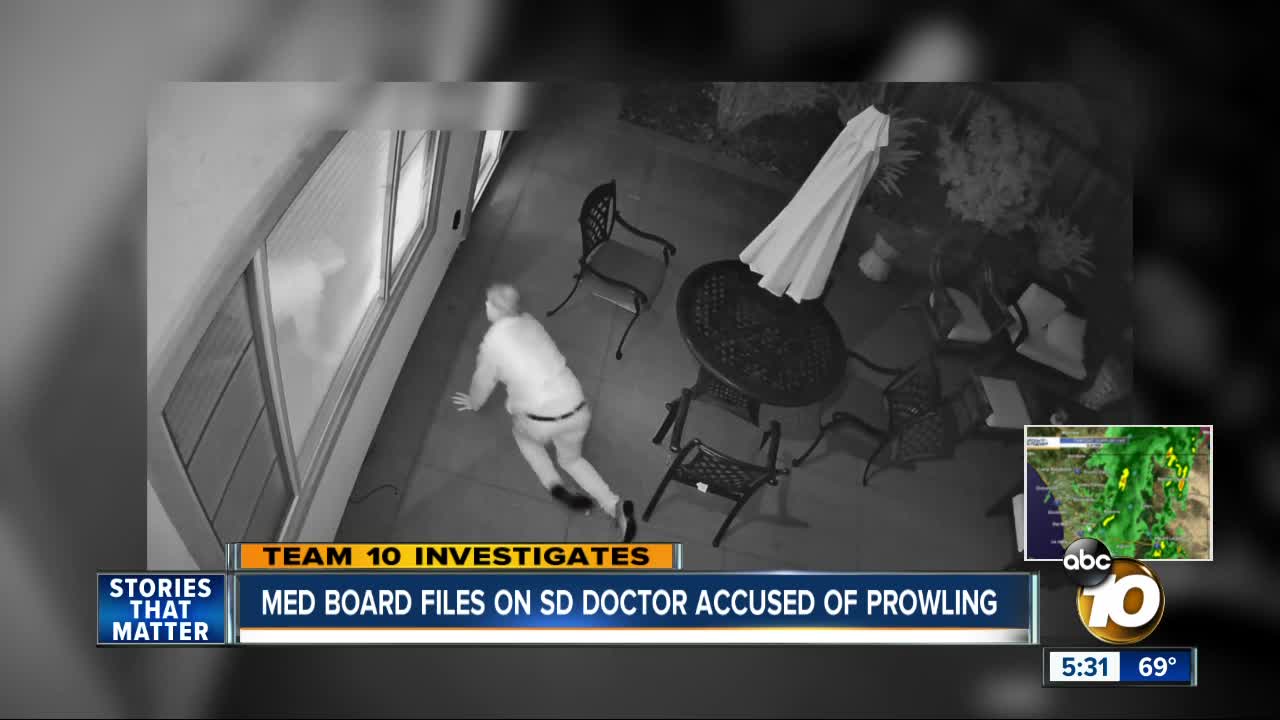 SAN DIEGO (KGTV) - The Medical Board of California has filed an accusation and petition to revoke the probation of a Del Mar doctor who is accused of prowling in a former girlfriend’s backyard.

10News first broke the story about Dr. Jeffrey Lovin in May after we were given home security video showing a man lurking behind a home. An ex-girlfriend said the man in the video was Dr. Lovin, a radiologist.

Lovin was charged with prowling, peeking and violating a restraining order. He pleaded not guilty.

At the time, Lovin was already on probation with the Medical Board for other criminal activity. This month, the Board issued an accusation and petition to revoke his probation. The Board alleges that he violated the terms of his probation by continuing to practice at an undisclosed location and without monitoring after he was ordered to “cease practice” in May.

In July, the Board reports that Lovin underwent a psychiatric exam and was found to be unfit to safely practice medicine. According to the Board, he’s believed to have Narcissistic personality disorder and is at risk for making errors and disregarding rules.

Lovin's license is listed as current.

His criminal trial is scheduled for January of 2020.