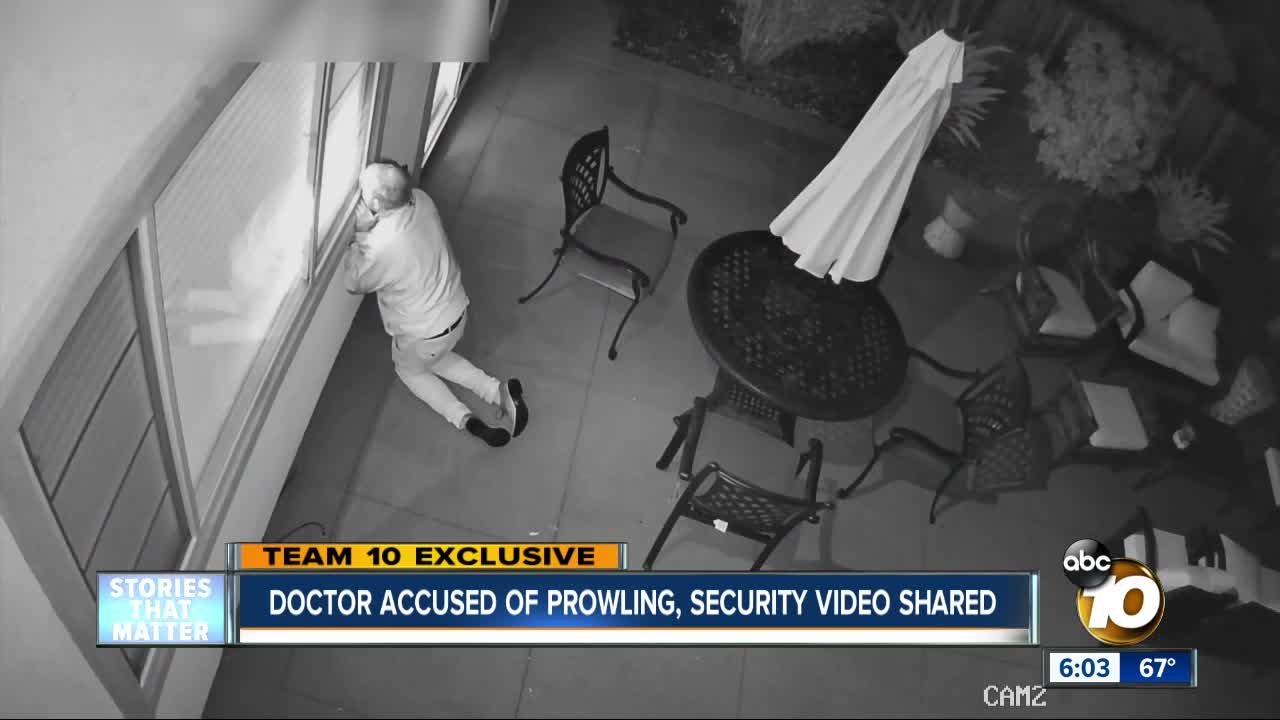 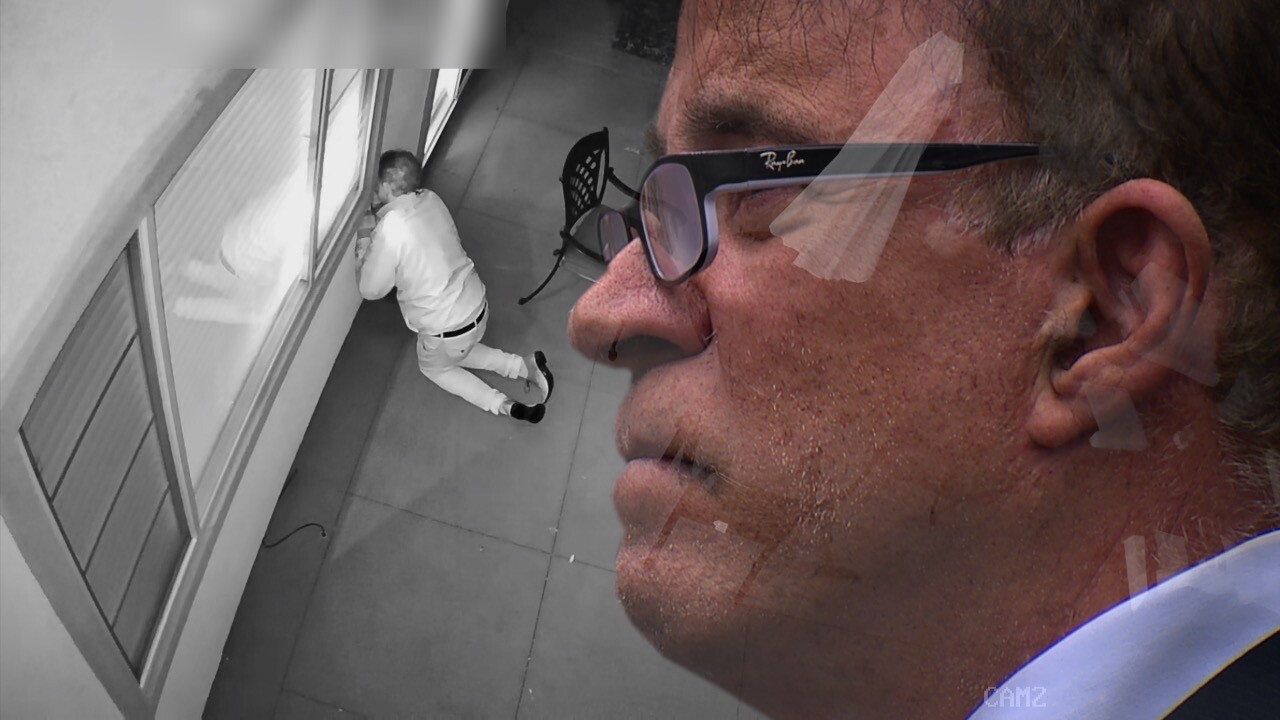 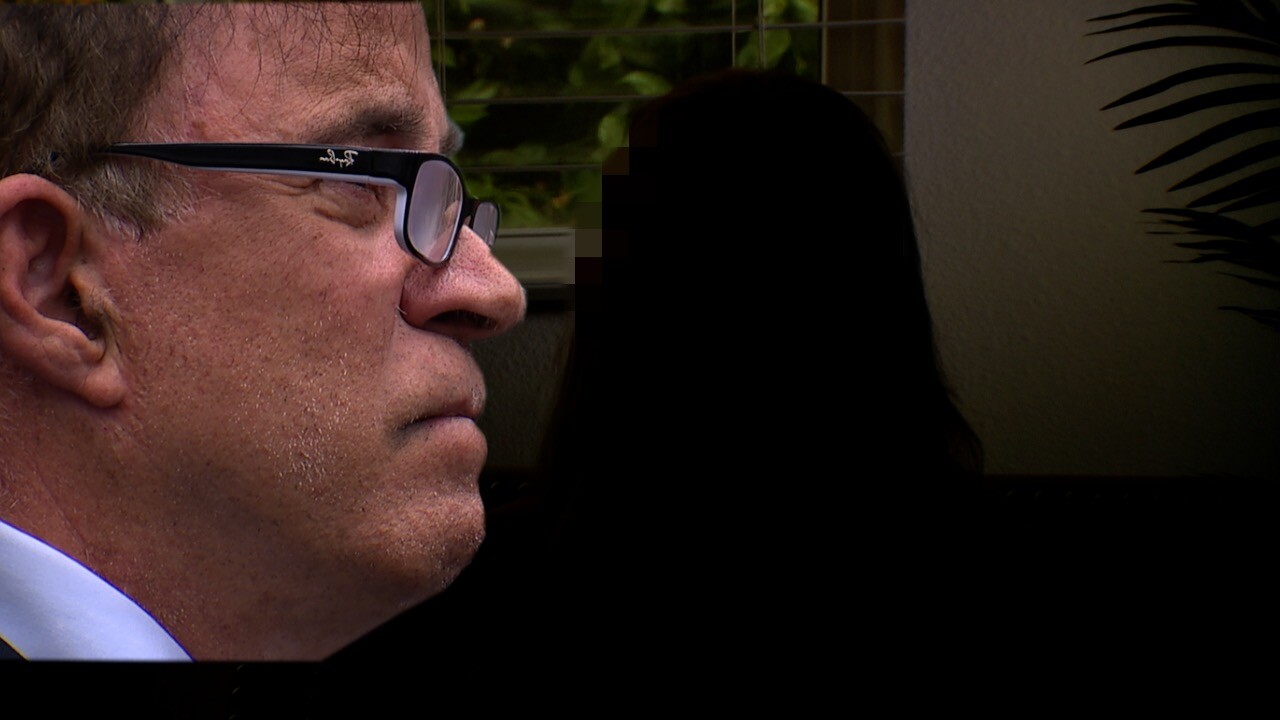 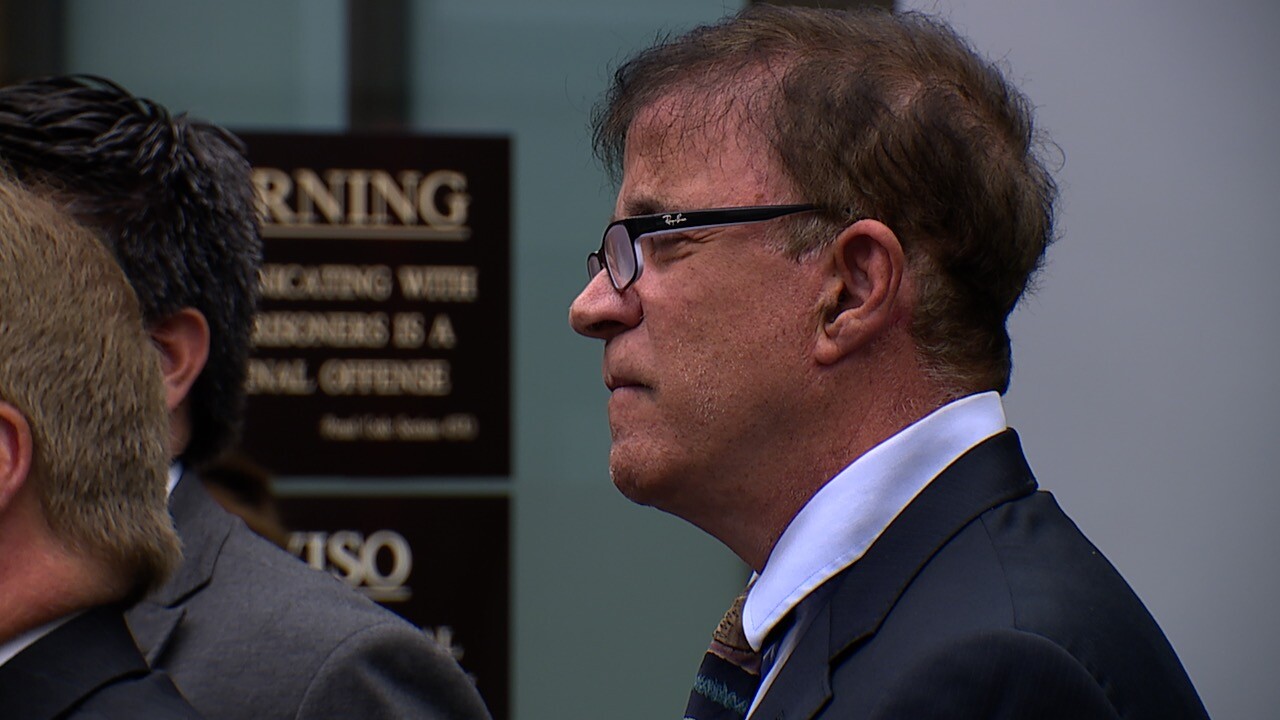 CARLSBAD, Calif. (KGTV) - A Carlsbad couple says they have security video of a local doctor crawling through their backyard at night, peering into their windows. He's now facing criminal charges.

Doctor Jeffrey Lovin from Del Mar has a current license to practice medicine, but the Medical Board of California has him on probation for previous criminal activity, including spousal abuse. The radiologist’s attorney denies that he was ever prowling or peeking in that backyard.

“I love her. We're getting married,” says Frank Zeigler of Carlsbad. He’s talking to us about his fiancé, though we’re not showing her face or using her name.

She fears Dr. Lovin, who, she says, is her former boyfriend. She tells 10News that she broke up with Dr. Lovin last summer.

She explains that he didn’t listen, so she got a restraining order.

In March, she and Zeigler got a home security camera system.

“We turned it on and the second night I went and looked at the tape and I screamed,” says Zeigler.

Cameras captured a man, lurking. The couple says they were inside, making dinner.

“He stood in the shadows for a few minutes and then he got on his knees in the dark and crawled to the window and sat there with his face against the window trying to get a good view of what was going on,” adds Zeigler.

The couple identifies the man as Dr. Lovin. The District Attorney's Office won't comment on the video. The day after the video was captured, police tell us that Lovin was arrested for prowling and violating a restraining order.

“My fiancé and I are just trying to move on with our lives and he's in my backyard crawling around in the pitch-black dark,” says Zeigler’s fiancé.

“[Lovin] was standing in the shadows about 12 to 15 feet from me in the dark and I couldn’t see him,” adds Zeigler.

10News was in the courtroom last week for Lovin’s hearing. The judge issued a full protective order for Zeigler’s fiancé.

After the hearing, we tried to talk to Lovin outside the courthouse but he would not respond.

In an email, the Medical Board of California writes to 10News, “…the Board is aware of the arrest, is looking into it, and will take action as appropriate."

According to the Board’s website, his license is current, but he's been on probation with the Board since 2017. Board documents show that in 2009, he was arrested, charged and convicted of spousal battery in California.

From 2009 to 2013, Board documents reveal he was "arrested several other times" and "charged with resisting arrest, domestic violence and violating a restraining order." The charges were later dismissed, but he "failed to report any arrest, charge or his criminal conviction to the Colorado board."

In 2013, the Board reports that he was cut from his job as a radiologist at a medical center "due to alleged inaccuracies in radiology reports and reports of inappropriate behavior" which he also failed to report to the Colorado board.

The next year he was found to have a "physical or mental illness condition" rendering him "unable to perform medical service with reasonable skill...".

As of this Monday, he was listed as a provider on the Hemet Valley Medical Center's website. The hospital has not yet returned our calls.

This week, the doctor's attorney told us he hasn’t seen the security video, but assured us that Dr. Lovin was never prowling or violating the restraining order. He says the doctor has been the target of threats made by Zeigler. Lovin’s attorney provided 10News with voicemails. Lovin’s attorney claims the voicemails were left by Zeigler on Lovin’s answering machine.

Part of a voicemail states, “Hey, Jeff. My name is Frank…you contact her again and you're going to have to deal with me, mother-[expletive]…I’m coming after you, do you understand that?"

Zeigler tells 10News, “I told him to stay away and if he didn't stay away, I would hurt him. I was desperate, like I am now.”

Police won't give details but confirm that they are, “actively investigating where Lovin is the victim of threats."

Zeigler calls it a distraction from the real problem. “We only want one thing. We want [Lovin] to go away. Just leave us alone,” he explains.

Dr. Lovin’s next court hearing is scheduled for Monday, May 6th. A Deputy District Attorney on the case says he'll be formally arraigned on four counts related to prowling and violating a restraining order.