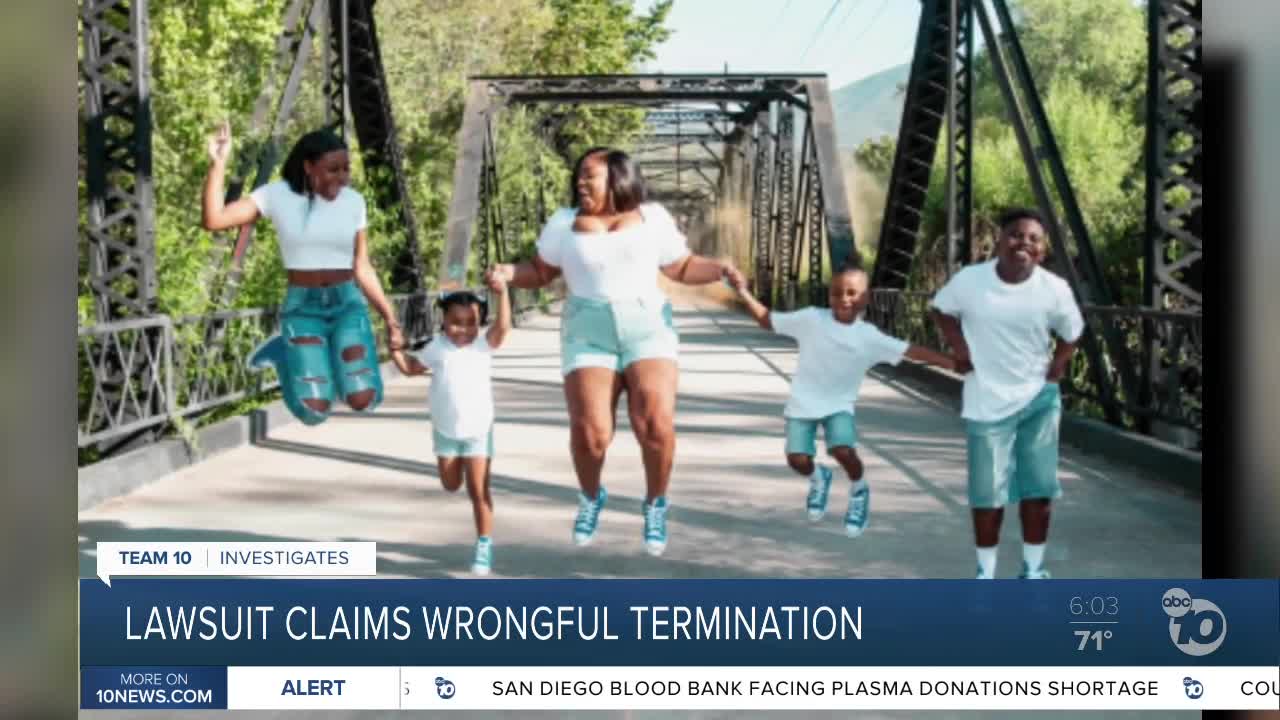 A San Diego mother of four said she was fired from her job of nine years because she needed to keep working from home during the pandemic. 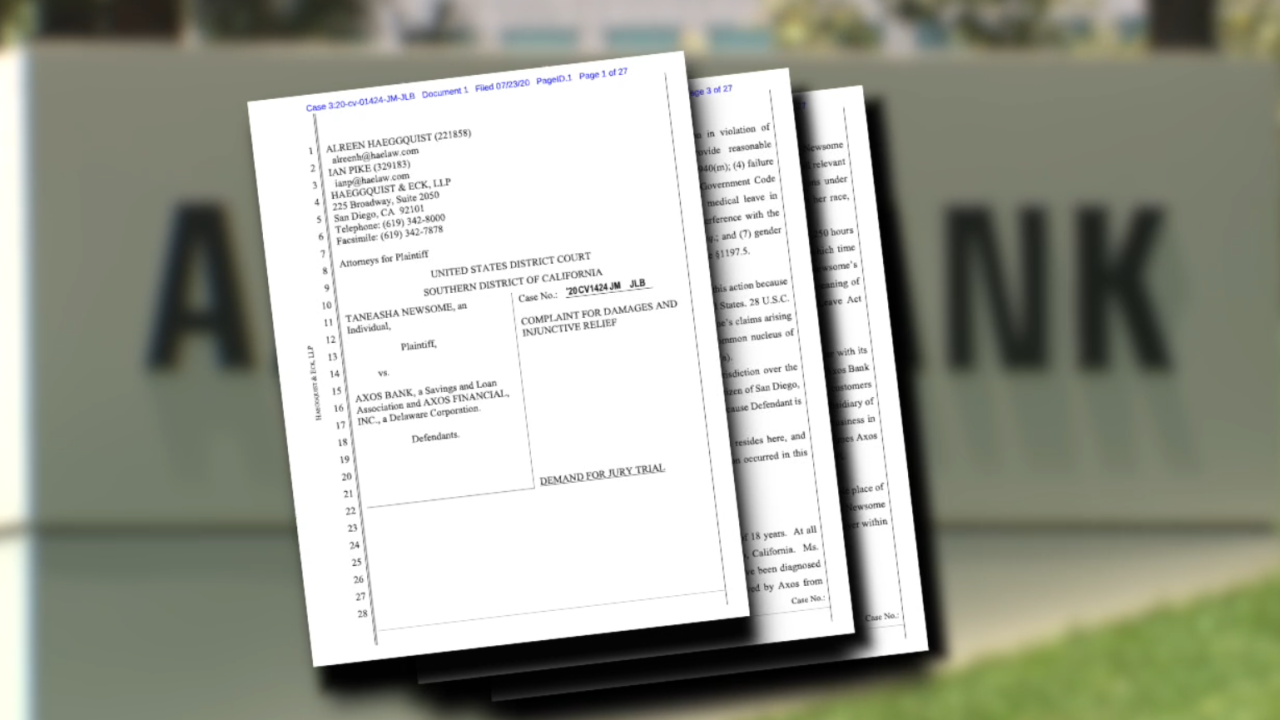 SAN DIEGO (KGTV) - A San Diego mother of four said she was fired from her job of nine years because she needed to keep working from home during the pandemic.

According to a lawsuit filed by Taneasha Newsome, “Knowing Ms. Newsome required a work accommodation or a medical leave to care for a disabled child during the global pandemic that gripped the country in early 2020, Axos failed to attempt accommodating Ms. Newsome’s obvious need. Instead, Axos terminated her in order to rid itself of an employee who required accommodation.”

Newsome said it was challenging before the pandemic to balance work and home obligations. She explained one of her children has attention deficit hyperactivity disorder and another is autistic.

Newsome said when the stay at home order went into effect, schools closed, and she started working from home.

“I was told basically, I’m supposed to use my breaks legally and my lunch to do what I need to do for the kids, which anyone who has kids knows that’s impossible,” she said. “You can’t put them on a schedule when they’re hungry or need to use the bathroom.”

According to her lawsuit, in late March 2020, Axos began using a computer program to monitor its remote workforce.

The lawsuit claims Axos knew the program “was unable to track certain aspects of employees’ workdays, which caused the system to erroneously underreport working hours for Ms. Newsome and others.” It stated Axos used the inaccurate reports, “to place Ms. Newsome and other employees on a performance improvement plan (PIP) on April 24, 2020 for lack of productivity, even though the reports did not accurately measure their full productivity.”

“During that time, they say, ‘Hey the software isn’t properly tracking us, it’s not tracking our work,’” said Newsome’s attorney Alreen Haeggquist. “They ask questions to their managers of how does it track productive time and unproductive time. No answers are given.”

According to the lawsuit, Axos demanded all teleworking employees return to full-time, in-office work on May 1, 2020. The lawsuit said employees that required a further teleworking arrangement were instructed to submit a formal request form that detailed their need for continued teleworking.

“When Taneasha says, ‘Hey I need an accommodation. I need to keep working from home because of my children with special needs and what’s going on with them at home.’ They fire her based on those reports from over a month earlier,” Haeggquist said.

In a statement, a spokesperson for Axos Bank responded to the allegations writing, “Like most public companies, it is our policy not to comment on the specifics of pending litigation. With respect to this complaint, we can say the allegations are false and omit material facts, and we are confident we will prevail once these material facts are presented to the appropriate forum.”

Newsome said things have been difficult since she lost her job.

“We had to give up our apartment,” she said. “We now live with family, which I’ve never had to do. When I left home at 18, I stayed gone. So, this is my first time coming back home. It’s an adjustment for the kids, they’ve never not had their own.”

Newsome’s lawsuit also alleges racial discrimination. It claims, “Axos discriminated against Ms. Newsome in compensation and in terms, conditions, and privileges of employment because of Ms. Newsome’s race. Based on information and belief, Axos paid Ms. Newsome less than her white counterparts, and the differential was not based on a bona fide factor, but rather, it was based on race.”

As of this writing, the company has not yet responded to the allegations in court filings.