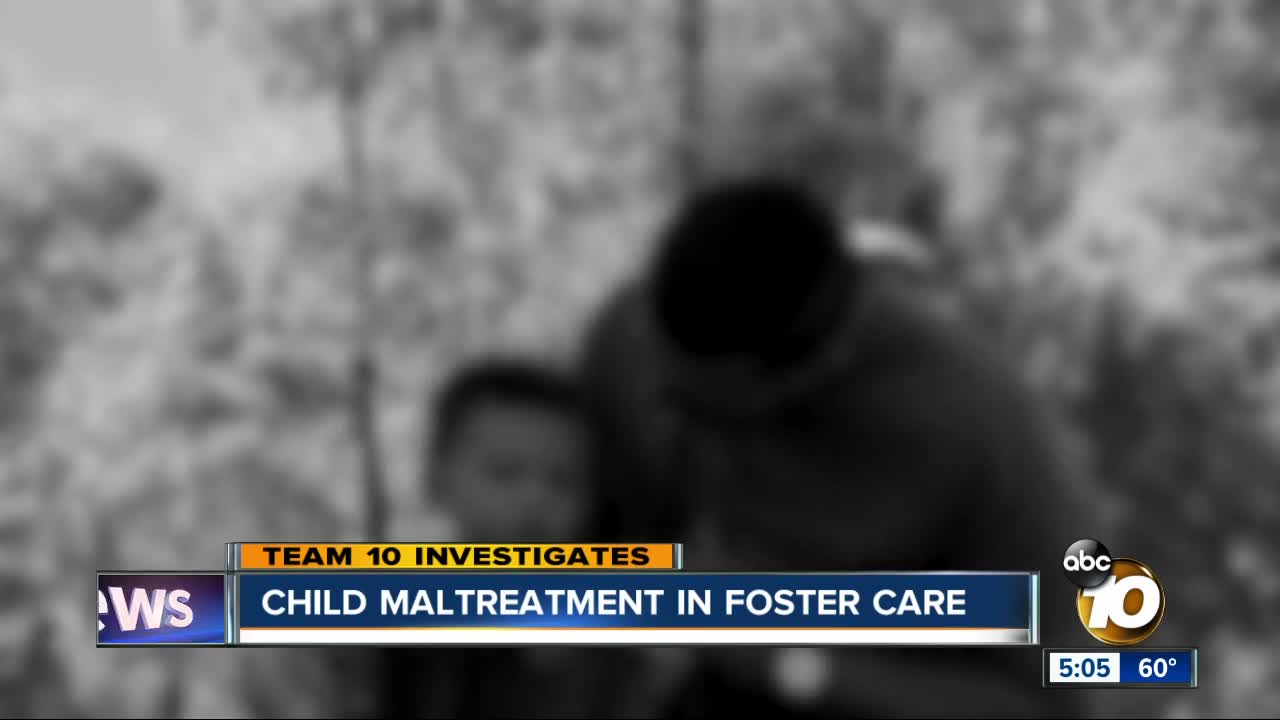 Child maltreatment is on the rise in foster care, according to new data.

SAN DIEGO (KGTV) - The County of San Diego created an advisory board with the goal of protecting children in foster care, but new numbers reveal reports of maltreatment or abuse are on the rise.

Team 10 investigator Adam Racusin has been tracking the issue for months. He received new information from the California Department of Social Services indicating a rise in sexual abuse, emotional abuse, and neglect reports.

When Team 10 asked the department for all substantiated cases of child maltreatment that happened while the child was in foster care, the agency sent back hundreds of documented reports in San Diego County in just a few years.

“No abuse of children in our foster system is acceptable and an increase is indescribably unacceptable,” said County Supervisor Nathan Fletcher, who is the chair of a new county child welfare advisory board.

In San Diego County between 2014 and 2018, the data the state gave us shows after a few years of decreases, the number of substantiated instances of child maltreatment that occurred in foster care is now on the rise. The county's Health and Human Services department says outcomes do fluctuate from year to year.

In a statement, a spokesperson wrote in part, “It would be a mistake to assume any increase in substantiated claims means there is a corresponding increase in abuse within the foster system. Substantiated claims of abuse may reflect later disclosures of incidents that occurred prior to the child's entry into foster care, or they may involve perpetrators other than the child's caregiver."

RELATED: Mother claims San Diego County was negligent in death of her child while in Foster Care

According to Fletcher, possible improvements include hiring more social workers and giving them better training.