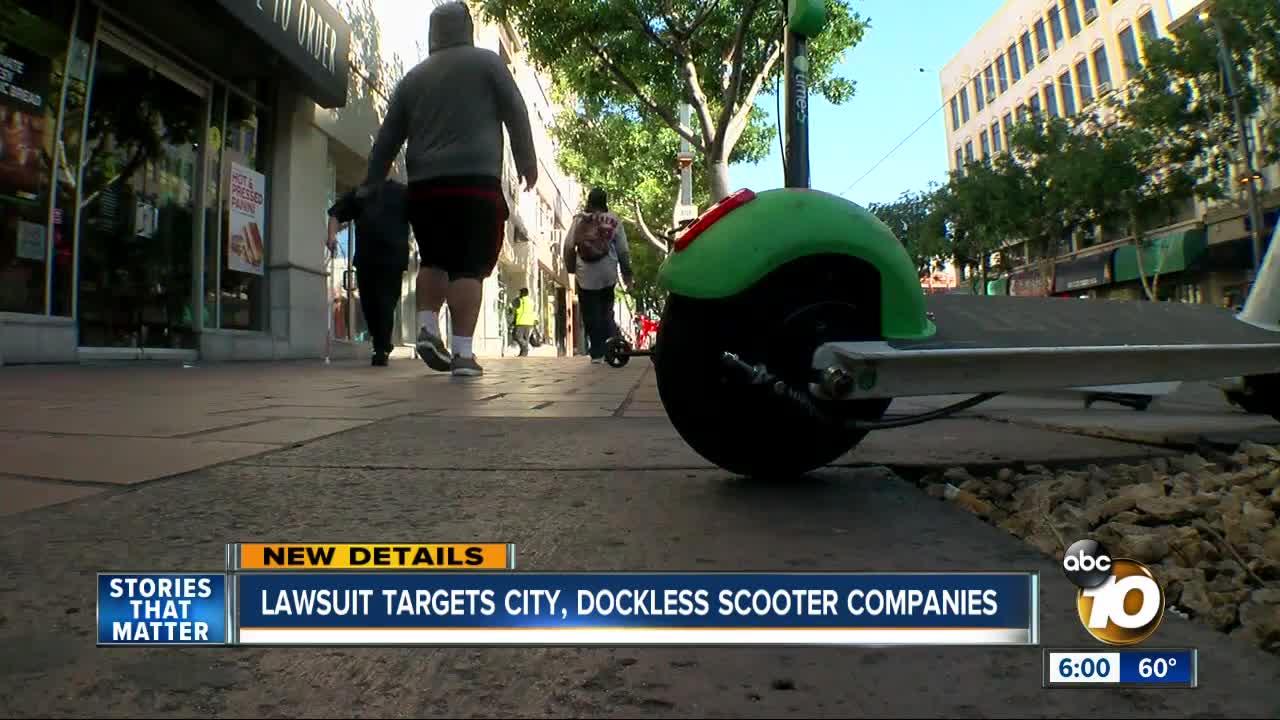 A new lawsuit is targeting dockless scooter companies and the city. 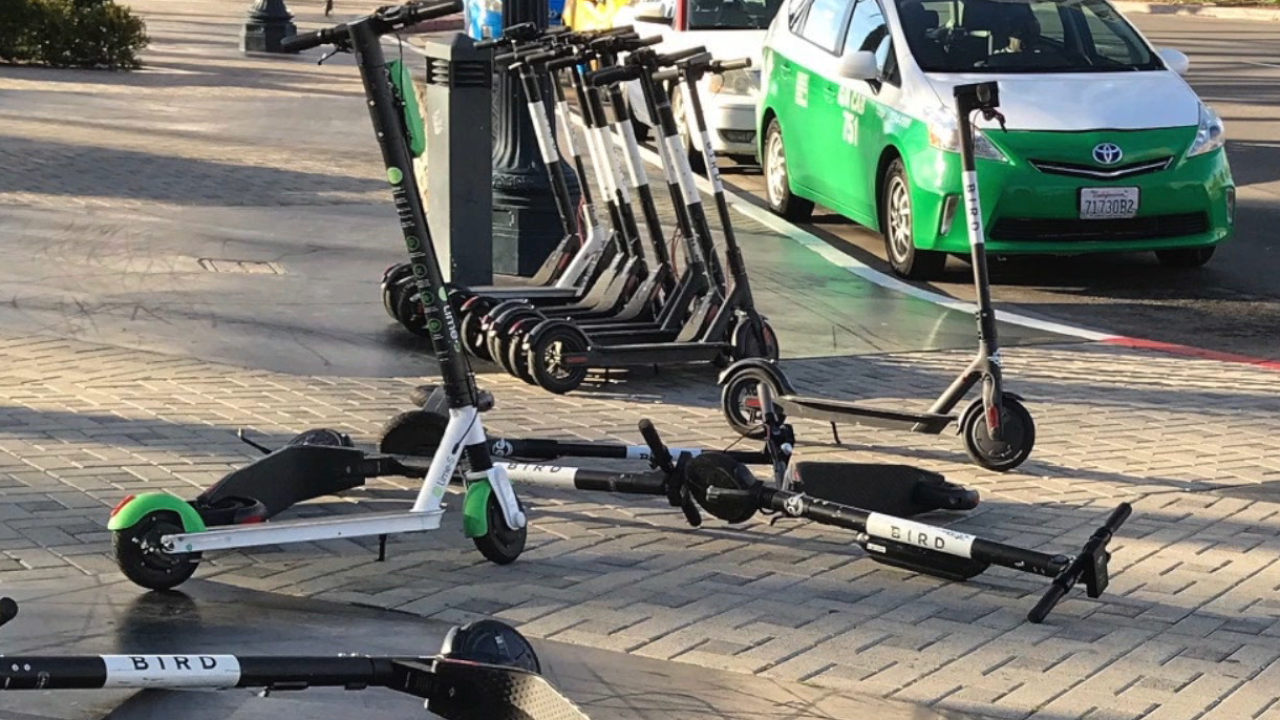 The complaint alleged that the City of San Diego and private companies failed to maintain the accessibility of the city’s public sidewalks for people with disabilities.

Pressel, who is a plaintiff in the lawsuit, needs a wheelchair to get around. He said he shouldn't have to worry about being hit or moving a scooter in his way every time he leaves his home.

"Almost every single day there's a scooter somehow one or more in the way,” Pressel said.

The lawsuit claimed, “The City of San Diego has failed to adequately maintain the system of sidewalk, crosswalks, curb ramps, transit stops, pedestrian crossings and other walkways, by allowing dockless scooters and used primarily for recreational purposes to proliferate unchecked throughout San Diego and to block safe and equal access for people with disabilities who live in or visit the city.”

It also alleged that scooters cause barriers in paths of travel when they are operated.

The lawsuit said, “The scooter defendants have used and appropriated varying portions of the City’s public sidewalks, crosswalks, transit stops, curb ramps, pedestrian crossings and walkways with impunity for their own private profit – effectively turning them into their private retail stores showrooms, highways, and storage facilities – in abject disregard for the safety and access rights of San Diego residents of visitors with disabilities.”

Disability rights advocates said that for blind people and people with mobility impairments, the presence and use of dockless scooters deny them access to public walkways.

"For other people, it's a nuisance, it’s an eyesore; but for people with disabilities, it means they can't use the sidewalks,” said Ann Menasche from Disability Rights California, one of the attorneys for the Plaintiffs.

A spokesperson for the San Diego City Attorney’s office told 10News they will review the complaint and respond through the courts.

In a statement to 10News, a Lime spokesperson wrote:

While Lime does not comment on pending litigation, public safety has always been at the very core of everything we do at Lime. From Lime's “Respect the Ride” campaign -- which is focused on educating riders on responsible riding, to our development of built-in sensor technology to detect if a rider is abiding by local riding laws, we are committed to keeping our communities safe for everyone.

10News requested comment from Bird and Razor and not yet heard back.