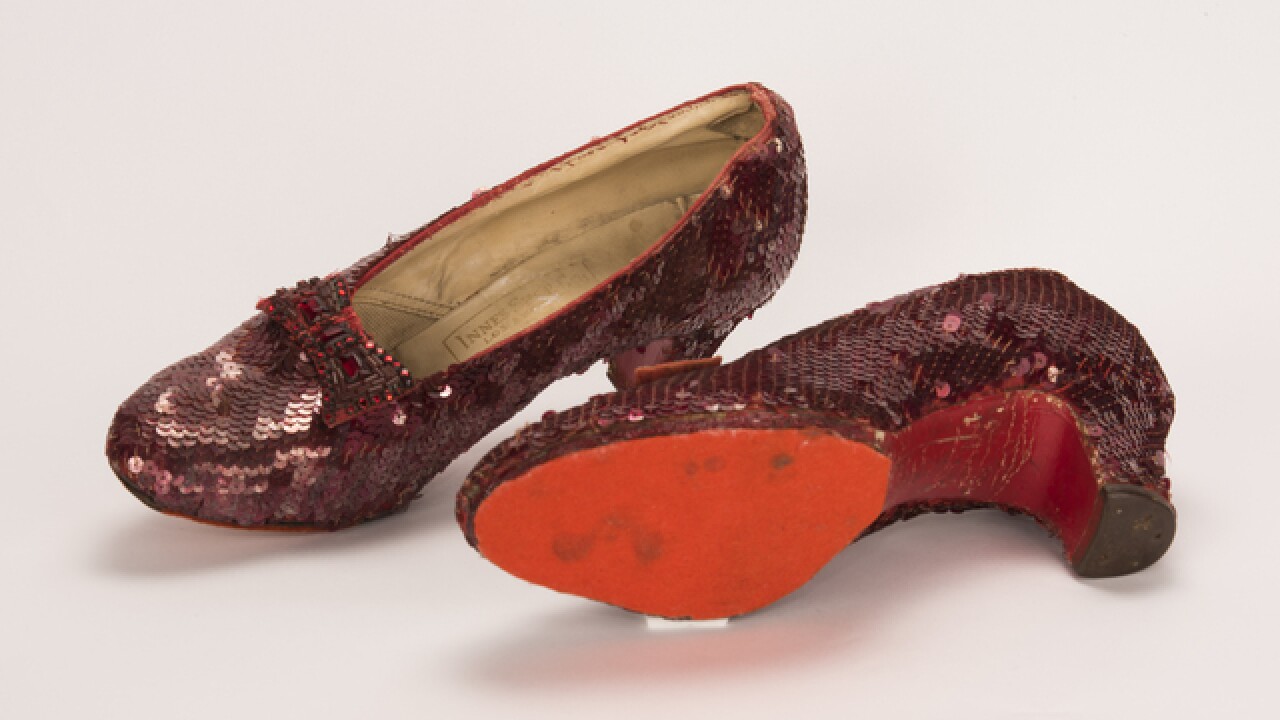 Copyright 2018 Scripps Media, Inc. All rights reserved. This material may not be published, broadcast, rewritten, or redistributed.
Credit: FBI 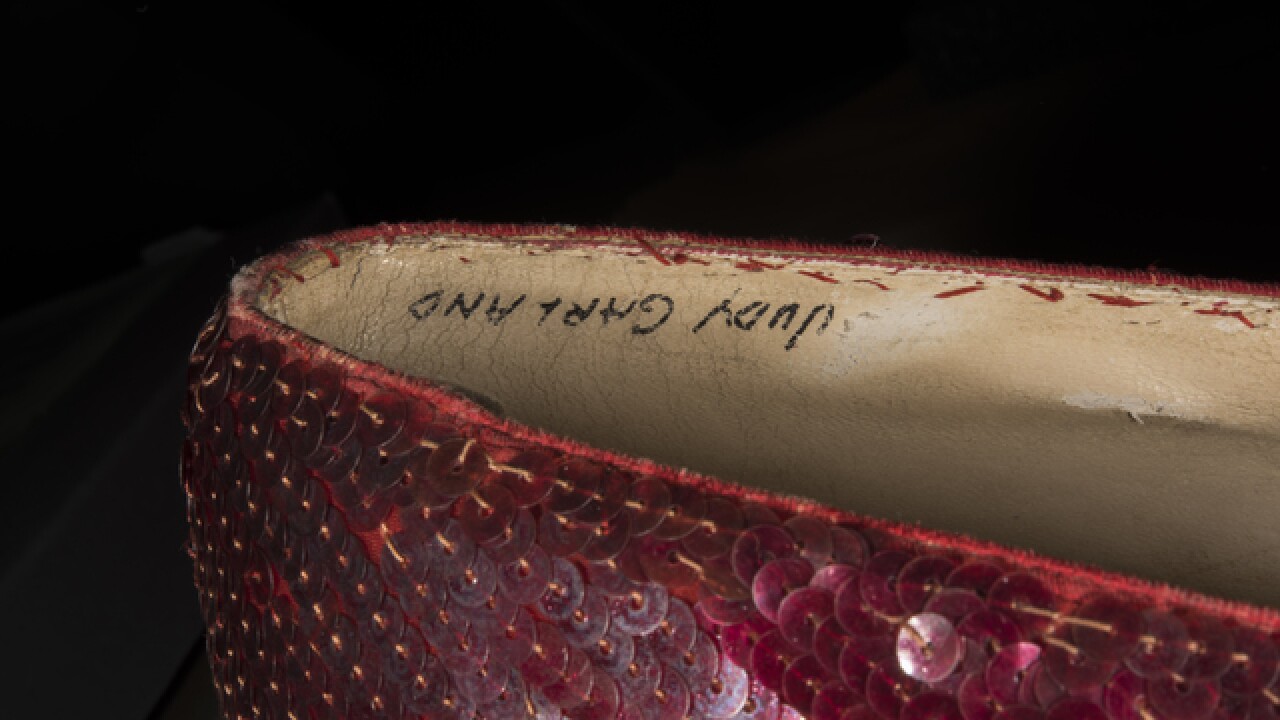 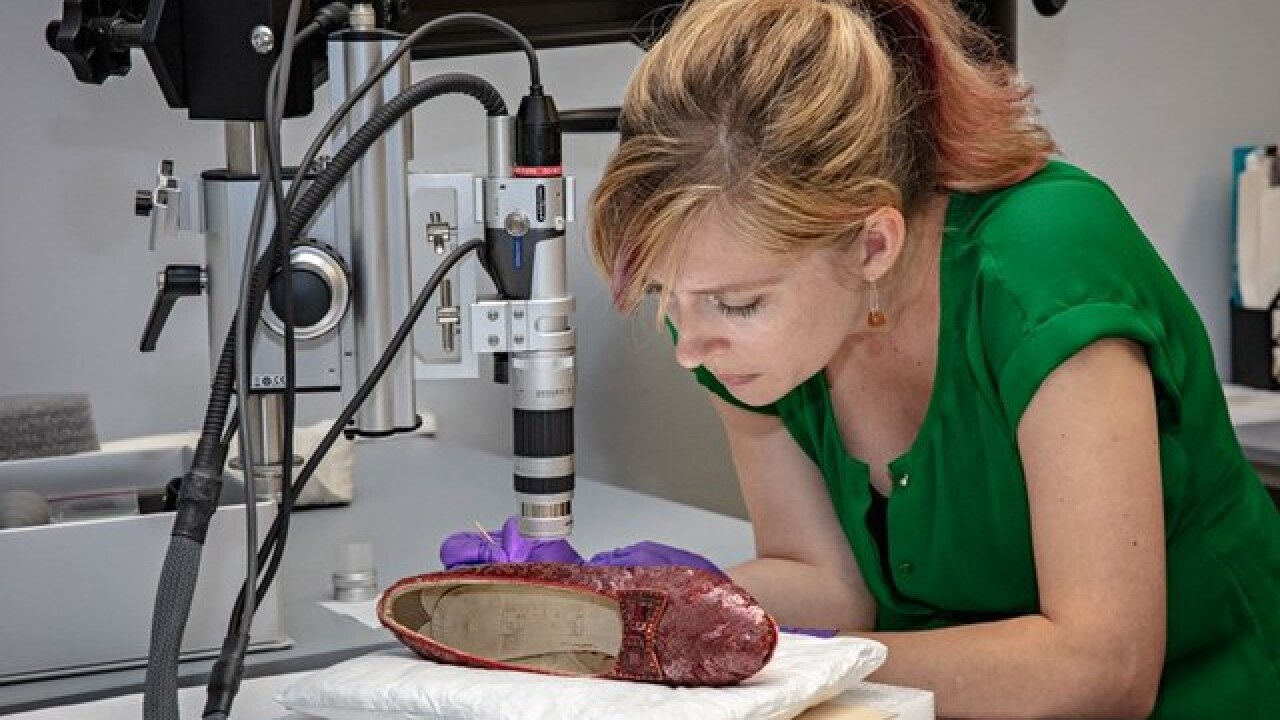 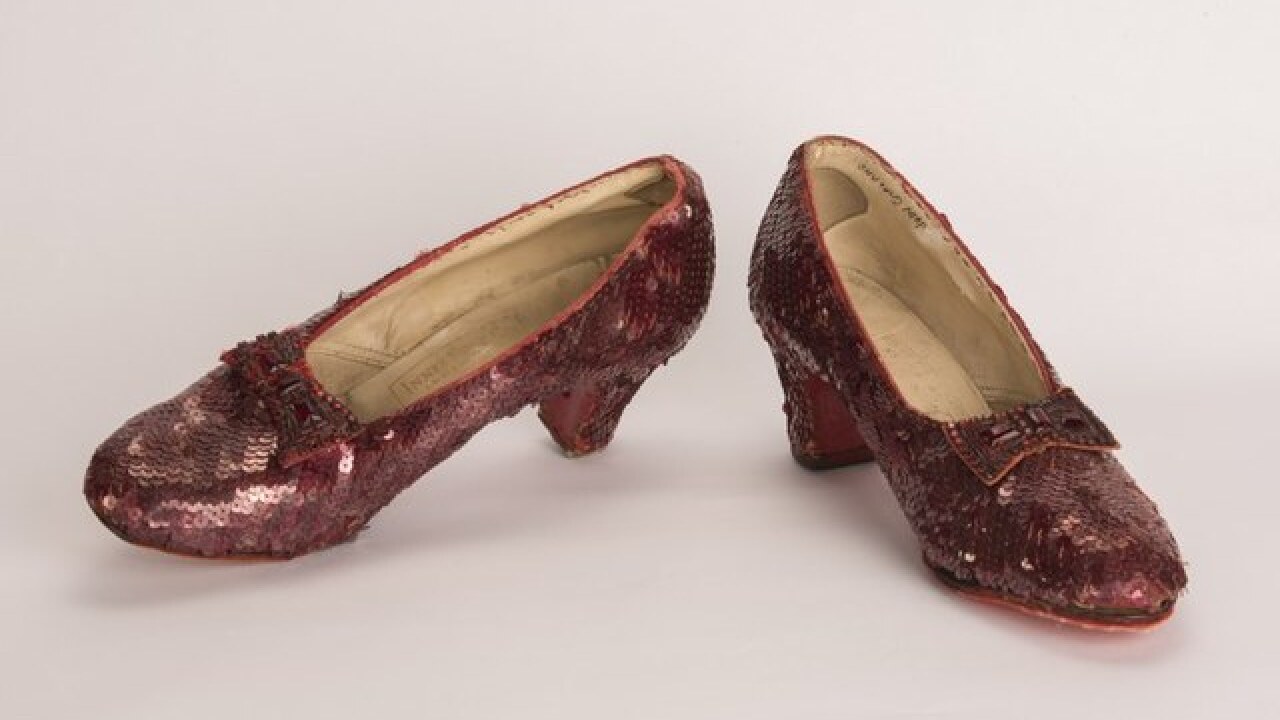 (KGTV) — After more than a decade, there's no place like home for Judy Garland's ruby red slippers.

A "traveling pair" of the iconic footwear in the 1939 film "The Wizard of Oz" stolen from the Judy Garland Museum in Grand Rapids, Mich., in 2005 was recovered this summer during a sting operation, according to the FBI.

The pair is one of four used in the film that is still in existence.

The investigation into the wicked theft, however, is far from over.

"From the outset, our top priority was the safe recovery of the slippers," said Special Agent Christopher Dudley, who led the investigation from the FBI’s Minneapolis Division. "We are still working to ensure that we have identified all parties involved in both the initial theft and the more recent extortion attempt for their return."

During the summer of 2017, an individual approached the company that insured the shoes, saying he had information about the slippers and how they can be returned. Agencies including the FBI's Art Crime Team, FBI Laboratory, and field offices in Chicago, Miami, and Atlanta began their investigation into the suspected extortion plot.

During a Minneapolis sting operation this summer, investigators recovered the shoes.

"Recovering a cultural item of this importance is significant," Dudley said. "So many people of all ages around the world have seen The Wizard of Oz and in that way have some connection to the slippers. That’s one of the things that makes this case resonate with so many."

The Judy Garland Museum is a repository of "Oz" artifacts and memorabilia, set right in her hometown. Investigators say the theft has "weighed heavily" on the community.

When the theft occurred, Grand Rapids Police Department Chief Scott Johnson said, “the thieves not only took the slippers, they took a piece of history that will be forever connected to Grand Rapids and one of our city’s most famous children.”

Garland wore the slippers as "Dorothy Gale" in the classic fairy tale, in addition to several other pairs as she skipped down the yellow brick road, ran from the Wicked Witch of the West, all up to when she clicked them together three times and repeated, "there's no place like home."

Anyone with any information regarding the theft of the ruby slippers or the extortion plot is asked to call the FBI at 1-800-225-5324 or submit information online at tips.fbi.gov.