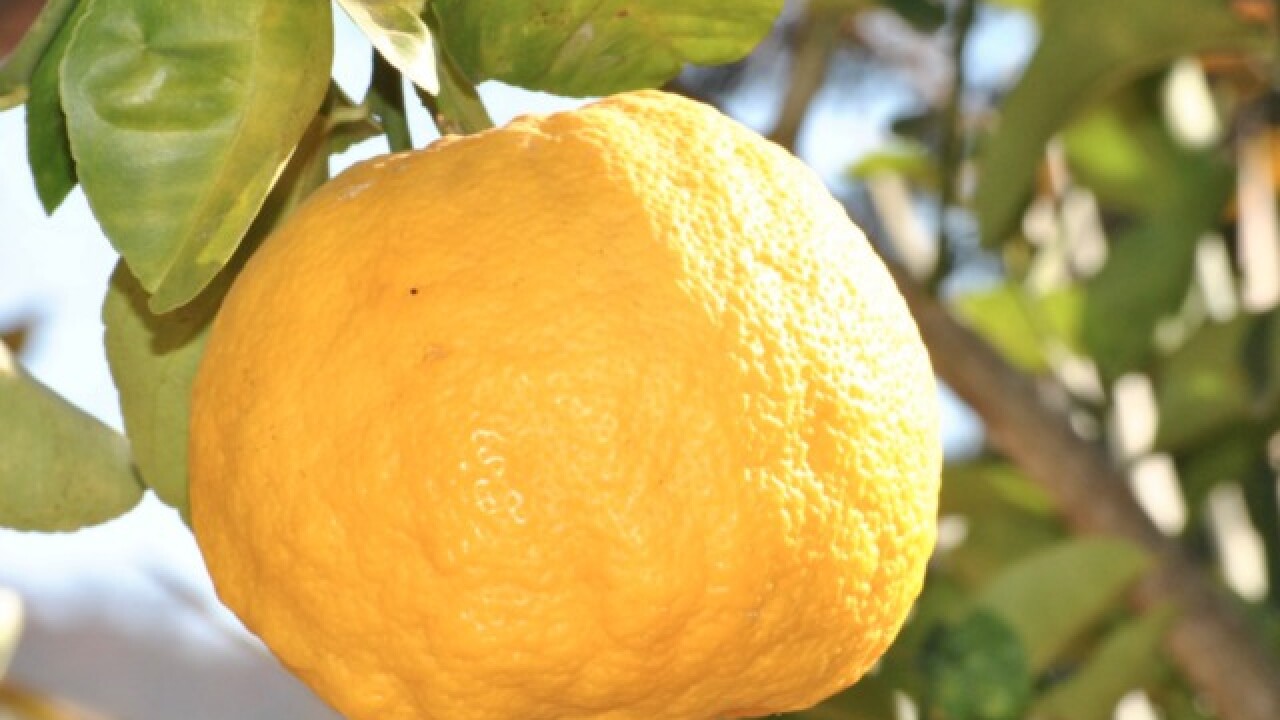 Copyright 2018 Scripps Media, Inc. All rights reserved. This material may not be published, broadcast, rewritten, or redistributed.
Pexels

THERMAL, Calif. (AP) — Authorities say a man has been arrested in Southern California after deputies found about 800 pounds of stolen lemons inside his car.

Deputies were investigating recent farm thefts when they stopped Fierros' car in Thermal on Friday morning.

Inside his car, deputies say they found several large bags of freshly picked lemons they believe were stolen from a nearby farm.

A telephone number for Fierros could not be located in public records and it wasn't immediately clear if he had an attorney who could comment on the allegations.