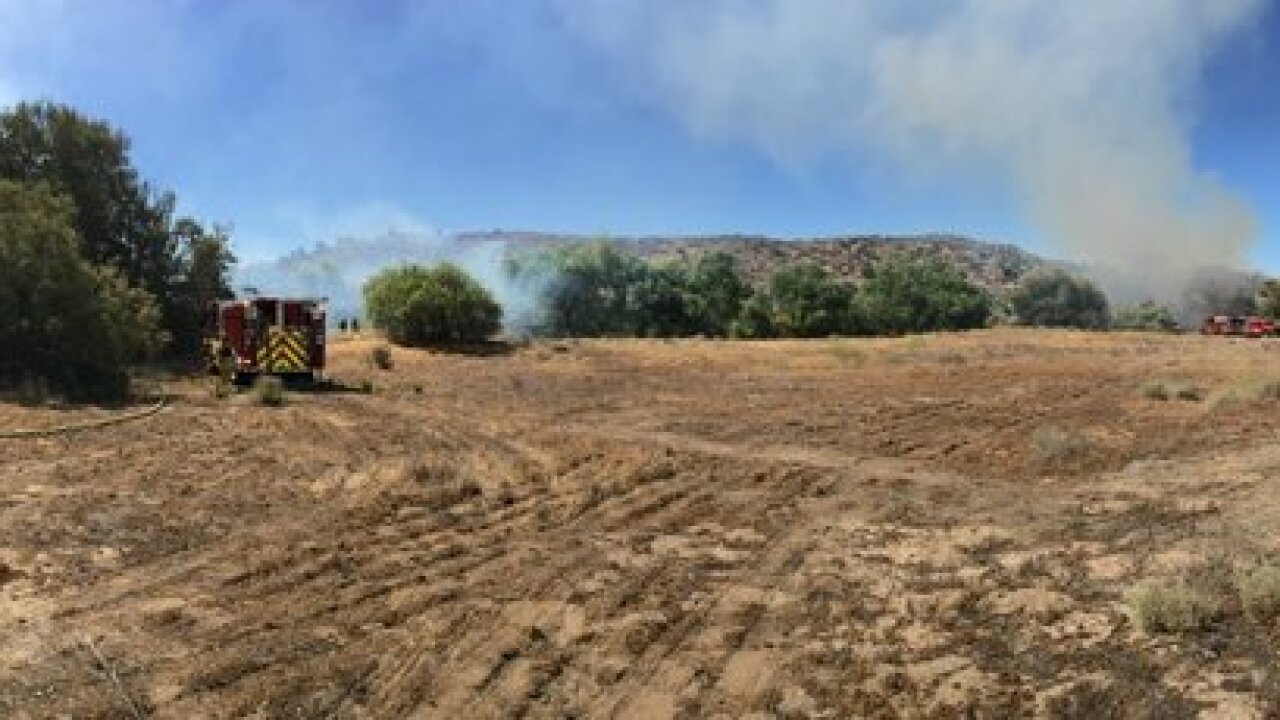 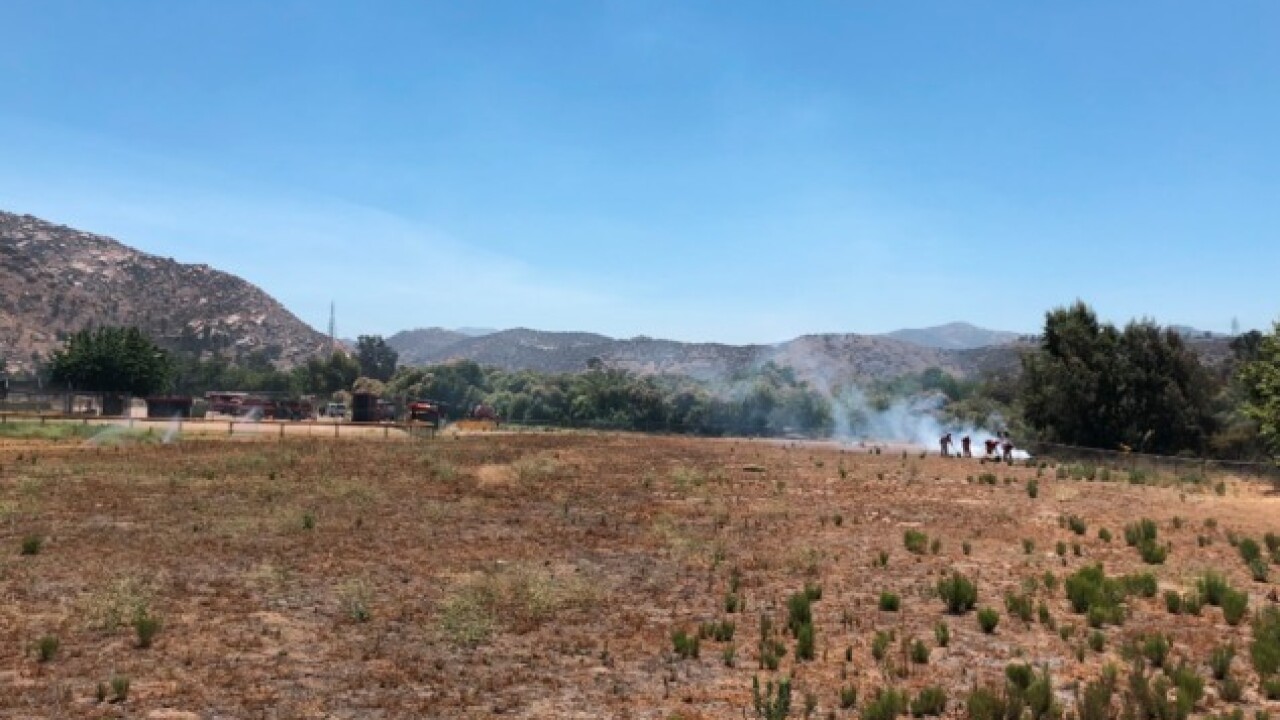 LAKESIDE, Calif. (KGTV) - Smoke could be seen from miles after a 2-acre brush fire broke out in East San Diego County Wednesday.

The Ashwood Fire was reported around 10 a.m. Cal Fire San Diego crews responded to at least four spot fires in the 13000 block of Willow Rd. in Lakeside.

The fire's forward rate of spread was stopped just before 11 a.m. No evacuations were immediately issued.

Fire crews remained on scene to mop up the area.