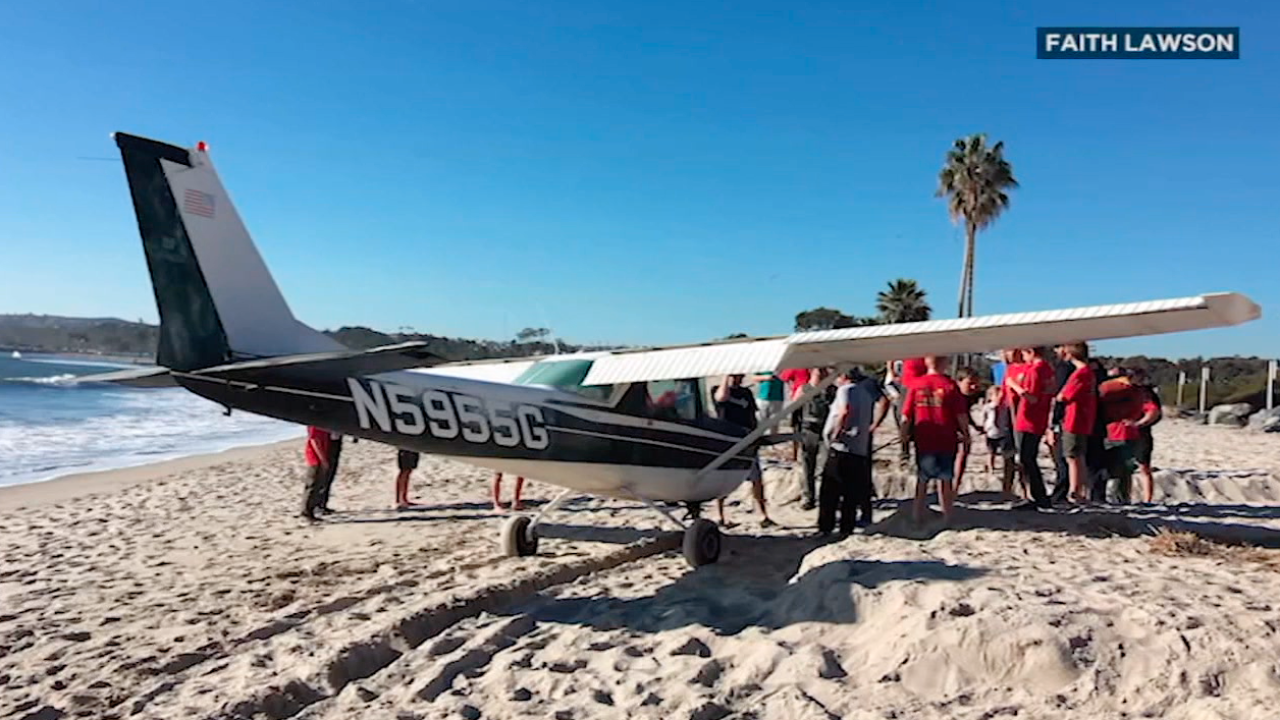 DANA POINT, Calif. (KGTV) -- A small plane made an emergency landing on a Southern California beach Saturday afternoon, according to the associated press.

The Orange County Fire Authority says the Cessna airplane made the landing on Doheny State Beach in Dana Point.

The pilot took off from John Wayne when the plane lost power. The pilot landed on an empty stretch of sand.

No one was injured, according to fire officials.