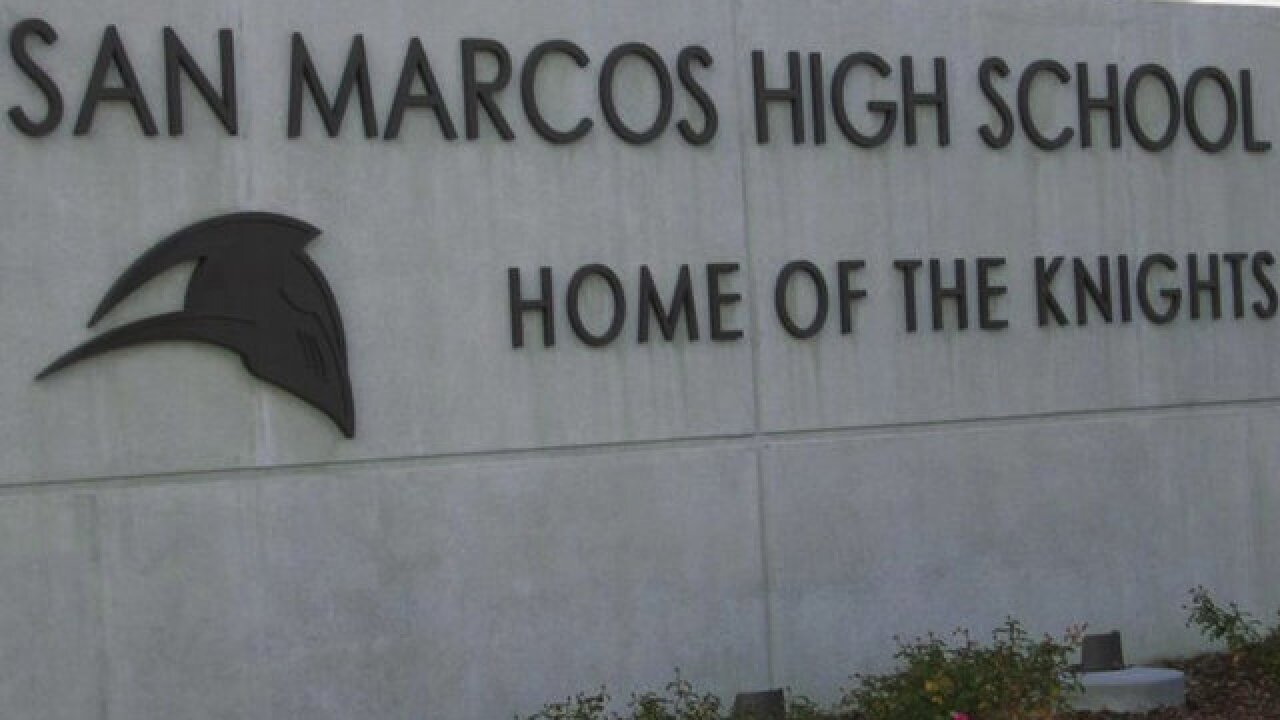 San Diego Sheriff's Department investigators determined the threat, posted Thursday at about 11:30 p.m., was not credible, according to the San Marcos Unified School District.

Investigators said the threat originated from a ninth-grade student at the school, who conspired with another individual who doesn't attend the high school. The threat was then posted to "create fear at the school" and was a hoax, SDSO said.

RELATED: Security stepped up at West Hills High after threat to Kentucky school

The ninth-grader has been taken into custody, SDSO said, and school continued as scheduled Friday.

Despite it being a hoax, extra deputies were sent to the campus out of an abundance of caution.

In a statement, the school district said in part:

"We are grateful to the students who reached out to school and law enforcement officials upon seeing the threat on social media. As a district, we are vigilant about campus security and work closely not only with law enforcement, but also with parents and students to keep our students safe so they can focus on learning."

The unsubstantiated threat is the second to occur at a San Diego County area school.

West Hills High School also increased security Friday after a threat was posted to a similarly named school in Kentucky. The investigation determined that the social media threat was not directed at the Santee campus.