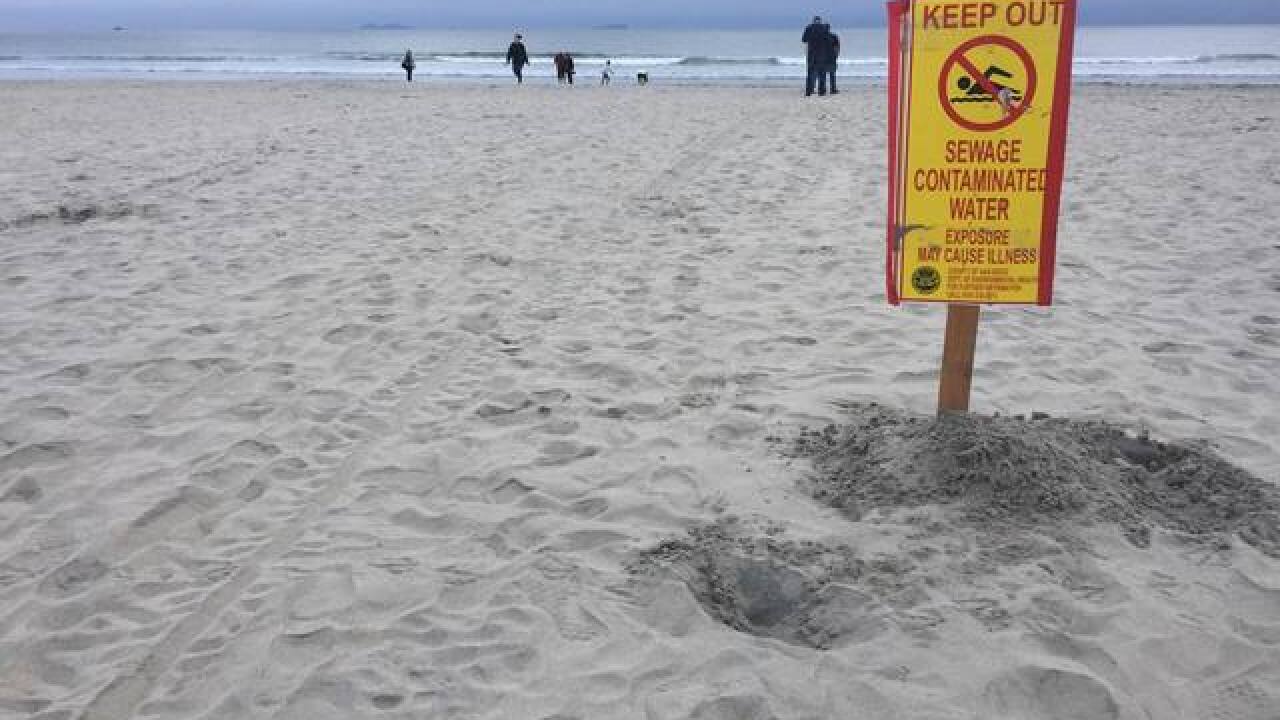 SAN DIEGO (KGTV) — The San Diego Water Board is taking legal action against the federal body tasked with protecting waters from cross-border contamination.

The region's water board  filed a lawsuit Wednesday against the U.S. Section of the International Boundary and Water Commission (USIBWC) over "years of inaction and growing concern of an environmental calamity" stewing along the U.S.-Mexico border.

The suit alleges the USIBWC had repeatedly violated the Clean Water Act and its National Pollution Discharge Elimination System permit by releasing millions of gallons of waste into the Tijuana River from water treatment facilities.

That waste, which the water board says is made up of untreated sewage, trash, pesticides, and heavy metals, makes its way into the Tijuana River Estuary in the South Bay and, eventually, into the Pacific Ocean.

In a release from the San Diego Water Board, the lawsuit says "chronic mismanagement of [USIBWC] water treatment facilities" has boiled over to the point of necessary legal action:

"From 2015 to present, more than 11 million gallons of waste have gone untreated, raising concerns about long-term damage to the environment, aquatic species and threats to human health. Beaches along the city of Imperial Beach were closed more than 200 days in 2015 and approximately 150 days in 2016 and in 2017 to protect the public. In the last decade, coastal cities in California have imposed 1,600 beach closures in response to contaminated wastewater.

... As noted in May 2018, the mismanagement of the treatment facilities and the threat to human health have become so dire that the U.S. Border Patrol launched its own investigation to insure the wellbeing of its agents."

The lawsuit is asking the court to rule the USIBWC violated the Clean Water Act on multiple occasions and must now take all actions to comply with the act and its permit.

Earlier this year, the cities of Imperial Beach and Chula Vista, and the Port of San Diego also filed a lawsuit against the USIBWC for allowing sewage to flow from Mexico's Tijuana River Valley into the U.S.

This week, the Trump administration announced its intent to enact Jayne Harkins, of Nevada, as commissioner of the USIBWC. Harkins had led the Colorado River Commission of Nevada as executive director since 2011.