"Go back to your country. This one is ours." 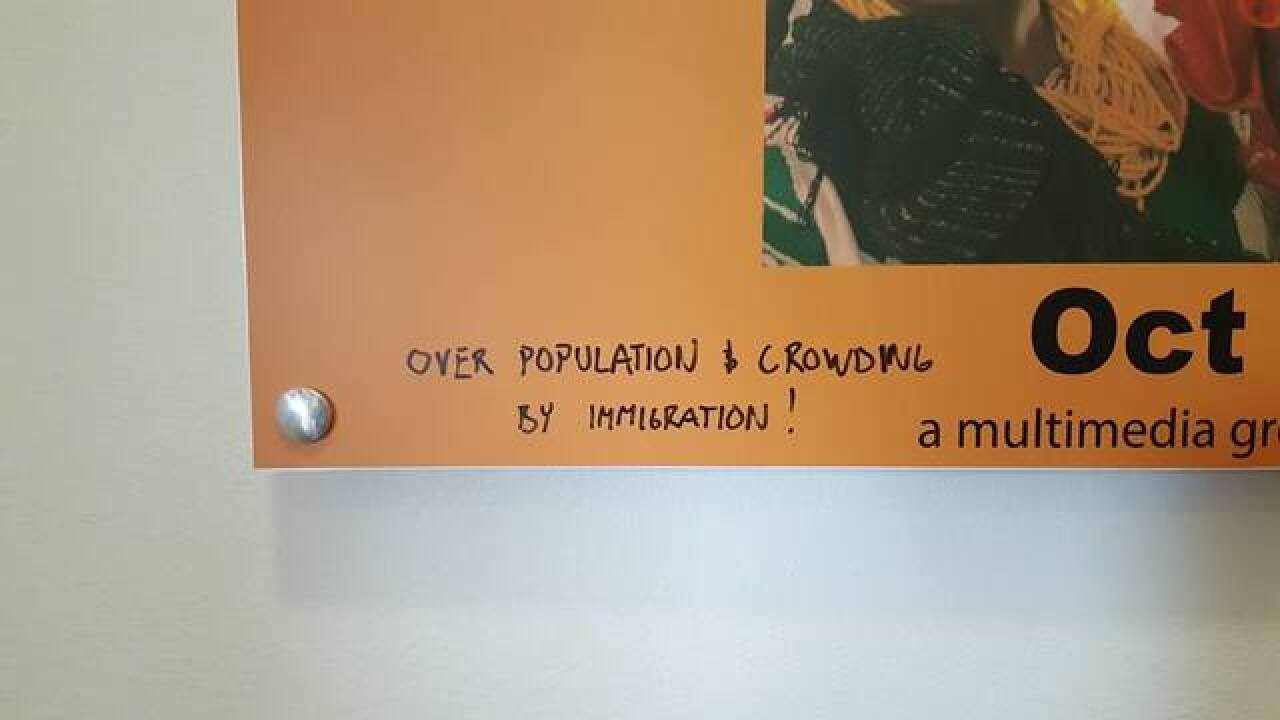 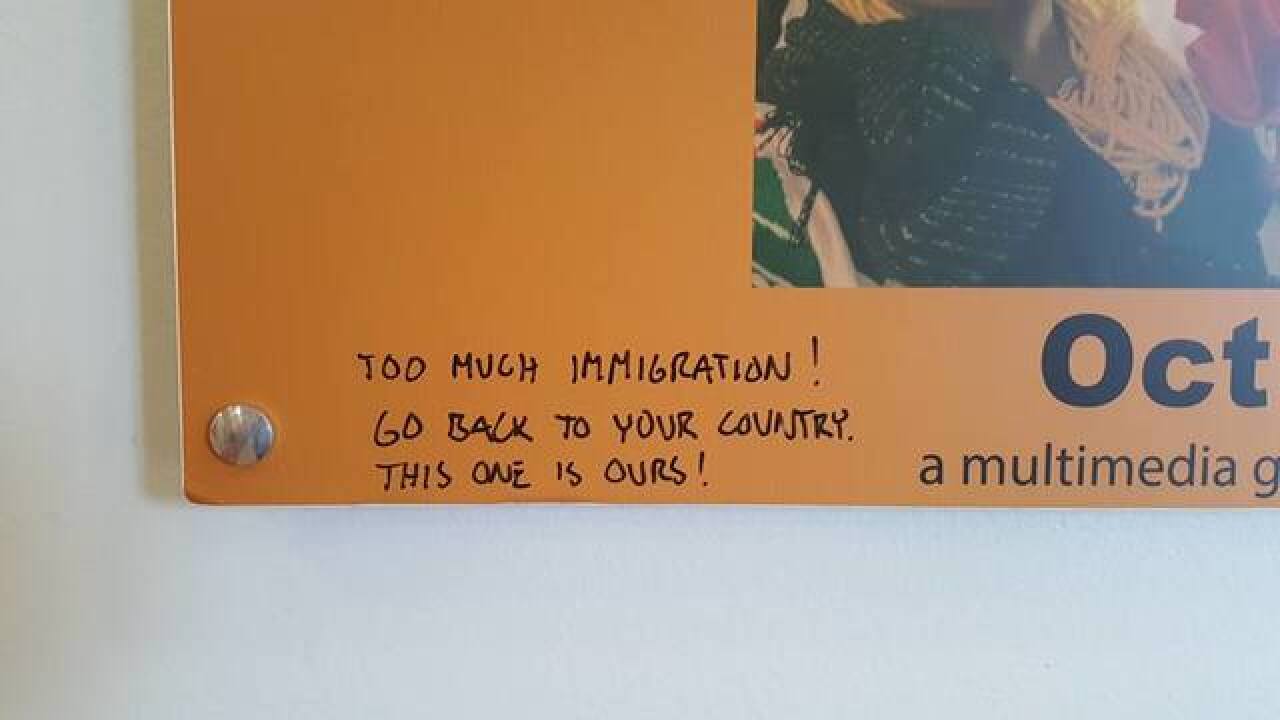 SAN DIEGO — A Liberty Station museum whose mission it is to provide educational programs about immigrant experiences was targeted by vandals Saturday morning.

Messages were discovered on two exhibition signs at the New Americans Museum. Staff were alerted to the messages written on signs outside the gallery by a tour patron. Other visitors had gathered and were photographing them.

The messages read:
"It's very disheartening," said the museum's executive director Linda Sotelo in a Facebook post. "Particularly on this weekend, Thanksgiving, which is our nation's collection of values and traditions. We will not be discouraged. We're certainly better than that."
Sotelo told 10News Tuesday she was stunned by the graffiti.
"I was very shaken."
She worried about how children would react.
"Imagine if you're a child who is diverse background and you see a sign that says, 'You're not welcome here. Go back to your country. This is ours!' It shook us to think about that."
Sotelo considered the writing in the entry way as very controlled and deliberate, a very direct message.
"We're treating it as a hate crime," Sotelo said.
The museum filed a police report. After an initial investigation, San Diego police old 10News they do not consider this a crime of vandalism because it was not written in permanent ink. Police said it did not meet the criteria for a hate crime because no specific group was named.
The New Americans Museum focuses on the contributions of all immigrants to the United States.
"Dating back to the founding of our country so it's not about one group, it's about all immigrants and how we're composed as a nation of immigrants," Sotelo explained.
There was no surveillance video of the incident.
"We are deeply troubled and saddened by this incident and more vigilant than ever as our core, our museum's mission to uplift and celebrate our immigrant contributions and heritage has been assaulted with this anti immigrant defacement," Sotelo said in a written statement.
Meanwhile, the San Diego arts community has come out in solidarity with the museum.
"We're saddened to hear that over the weekend a fellow cultural institution - our colleagues at New American Museum - were the victims of vandalization and anti-immigrant slurs," Balboa Park wrote in a Facebook post Monday. "As a cultural hub, filled with 27+ museums and cultural organizations, we stand with our colleagues in support of the beautiful and powerful work they're doing."
The museum plans to coordinate a community meeting soon to " discuss ways to address and support each other, as these types of hate crime incidents, big and small, emerge at local levels given our nation's charged political climate and the intolerance it has awoken."
Copyright 2015 Scripps Media, Inc. All rights reserved. This material may not be published, broadcast, rewritten, or redistributed.