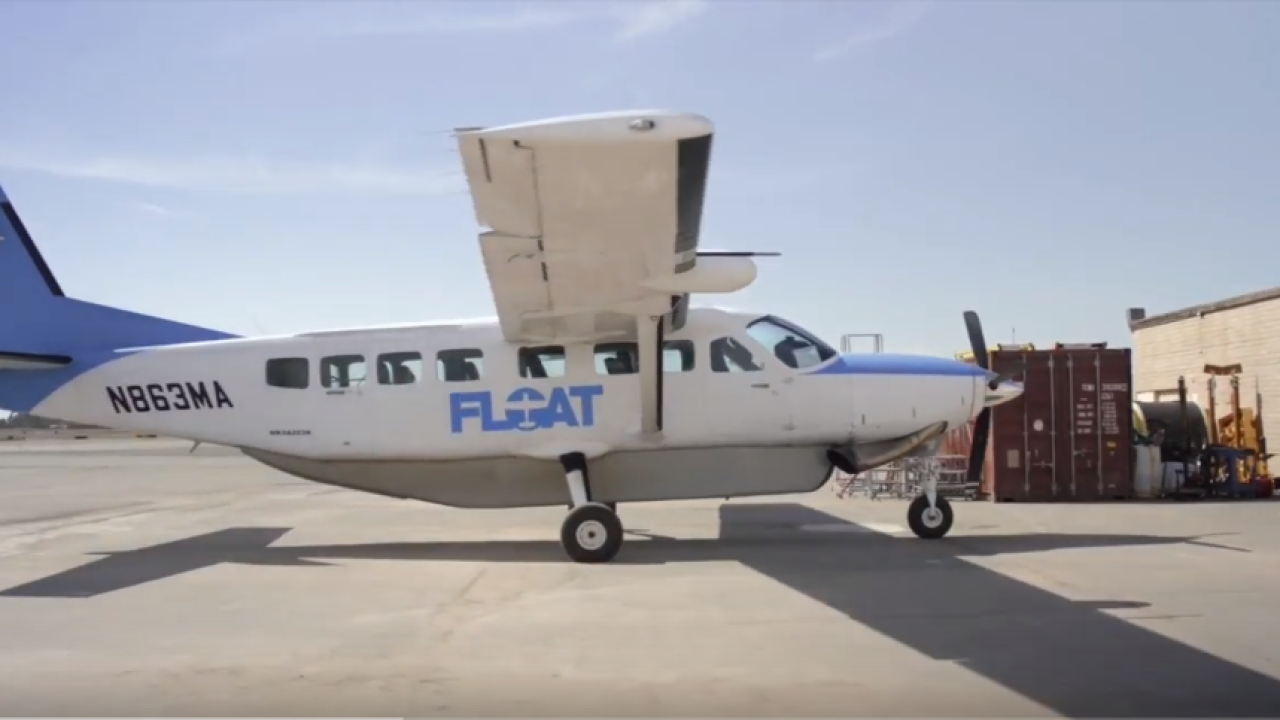 CARLSBAD, Calif. (KGTV) -- Starting in January, San Diegans with a long commute can choose to ditch the traffic and fly to work thanks to a start-up service co-founded by a UC San Diego graduate.

FLOAT, which stands for Fly Over All Traffic, is a commuter air service that will operate a fleet of nine-passenger planes at small airports throughout Southern California.

Like van pools, routes will be determined by customer demand. There is already interest in service out of McClellan-Palomar Airport in Carlsbad, the company reports. Other San Diego airports like Montgomery-Gibbs in Kearny Mesa and Brown Field in South Bay could be added, said co-founder and CEO Arnel Guiang.

RELATED: Making It in San Diego: Some San Diegans commuting three hours to, from work

"FLOAT is shattering the myth that sitting in hours of traffic every day is a necessary and unavoidable way of life in Southern California,” said Guiang.

A base membership will cost $1,250 per month for flights five days a week, he said. That means each leg of the commute will cost about $30.

Guiang, a UCSD computer engineering graduate, said he came up with the idea for FLOAT while working at Northrop Grumman in Los Angeles County, where his commute took two to three hours a day.

One day, Guiang said a coworker offered to fly him to work in a private plane, shaving his commute to about 20 minutes.

“With the high cost of living, more Southern Californians are finding nice homes at attractive prices in the suburbs outside of thriving business locations, which leads people to lengthier commutes,” Guiang said. “Carpool and vanpool options are only shaving a few minutes off these commutes, and these lengthy commutes are cutting into people’s quality of life.”

The service is targeting so-called “super commuters,” those with commutes of 90 minutes or more each way. There are nearly 26,000 super commuters in San Diego alone.

Customers will be able to walk onto a plane in minutes using an app, without security checks by the TSA, Guiang said.

FLOAT will start with three planes at first, and the company says the idea is taking off: more than 700 people have signed up so far.

Customers can request a route here.