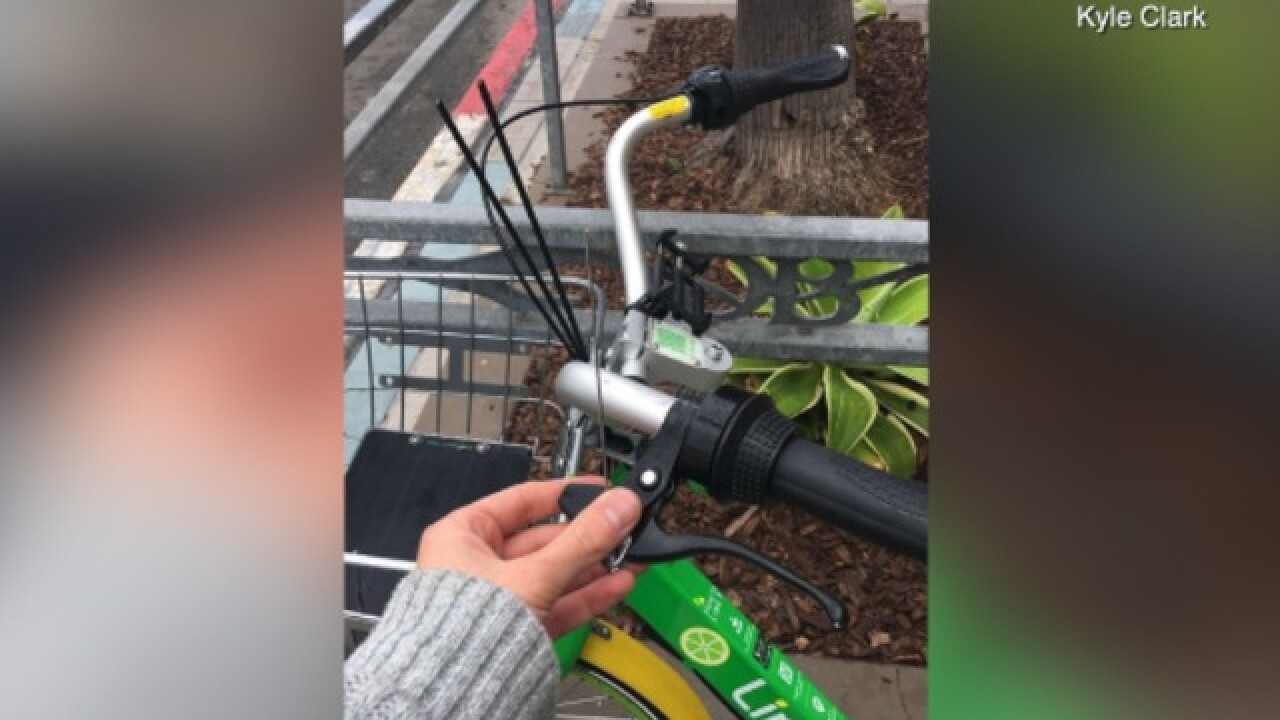 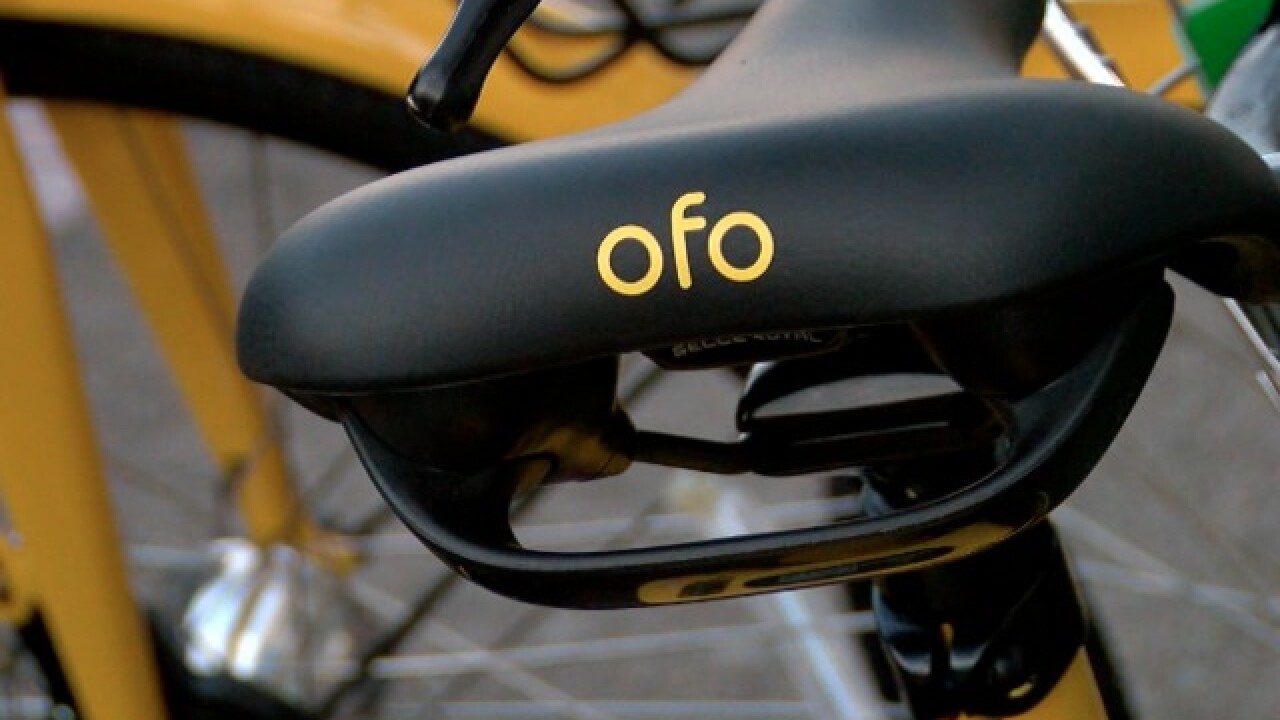 The latest hazard being reported is brake cables being cut. Reddit user Kyle Clark spotted it in Ocean Beach on a Lime Bike. Another Reddit user reported the same problem in a different thread.

Dockless bike company Ofo says they aren't aware of this happening to their bikes in San Diego but say they've seen the problem in Seattle.

“We’re aware and saddened by this act of vandalism and are actively working with city officials to address the issue. Our local team is diligently working to identify and remove any affected bikes from our platform, and we ask all bikeshare riders to inspect the brakes before any ride.”

When this type of vandalism happens Ofo says it makes the city aware, sends an email to users, and also creates an in-app message that educates riders on the issue.

Some San Diegans also have sanitation concerns after witnessing the homeless population using the bikes.

There have also been reports of people bringing the bikes inside homes and apartments for easy access later in the day.

Bike companies say they are working around the clock to address concerns.

Representatives have met with different communities through town halls, including in East Village and Pacific Beach.