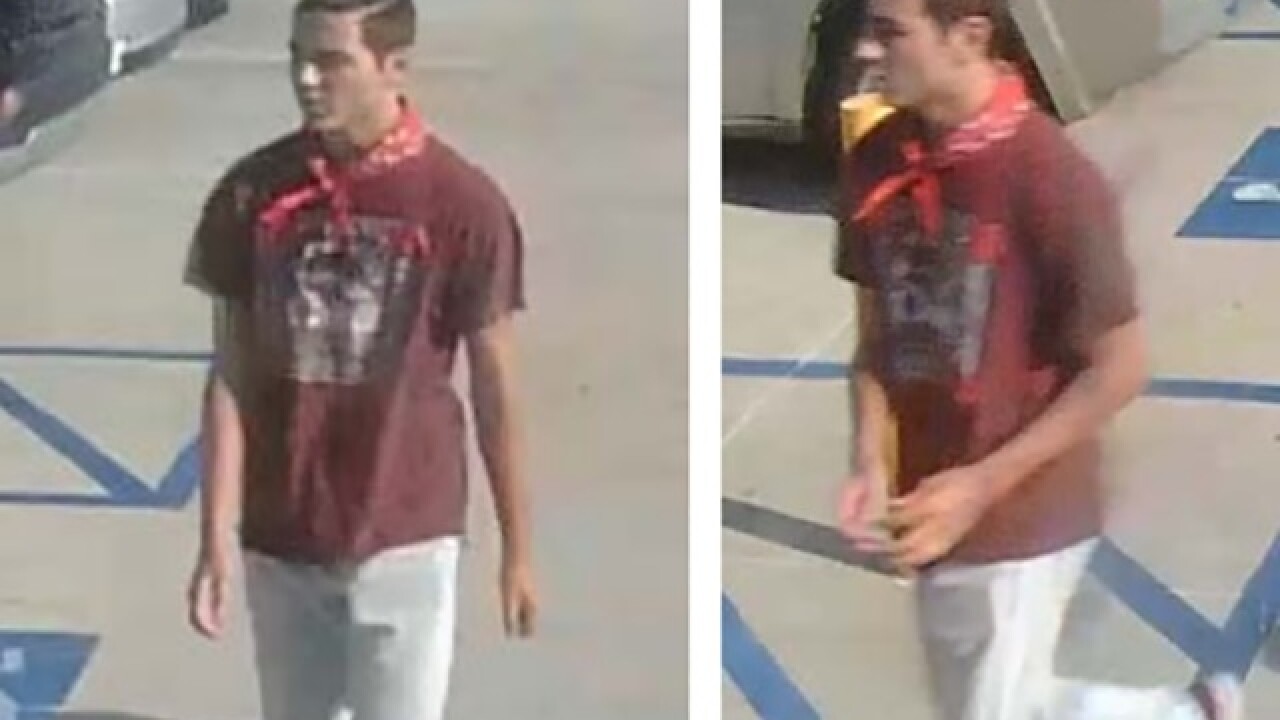 SAN DIEGO (KGTV) -- Police are asking for the public’s help identifying several suspects they say robbed a man before threatening him with a gun.

The robbery happened on August 11 around 5:24 p.m. near the Forever 21 at Fashion Valley Mall.

Police say the two suspects approached a 27-year-old and asked to use his iPhone before grabbing it and running away.

When the victim ran after both men, the second suspect pulled a gun out of his waistband and told the victim he “did not want any of this.”

Fearing he would be shot, the victim stopped chasing the suspects, who were last seen running toward Friars Road. Officers were unable to find either of the suspects, but did locate an airsoft pistol.

Police describe the first suspect as a Hispanic man who is approximately 16-years-old, five feet eight inches tall with a thin build and was seen wearing a navy colored short-sleeved shirt and black shorts.

The second suspect is also described as a Hispanic man in his mid to late teens, five feet seven inches tall with a thin build who had his hair placed in a bun and was seen wearing a red short-sleeved t-shirt with tan pants.