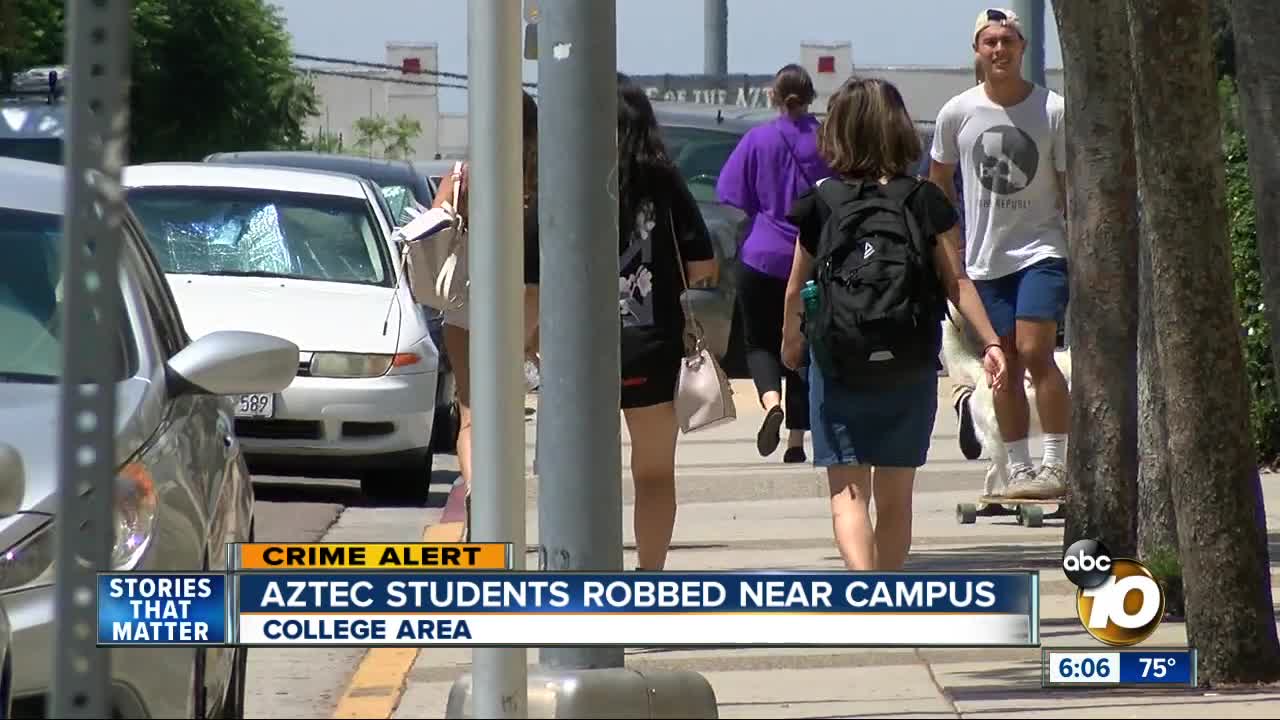 The San Diego State University Police Department, along with its allied agencies, is stepping up patrols after a string of robberies. 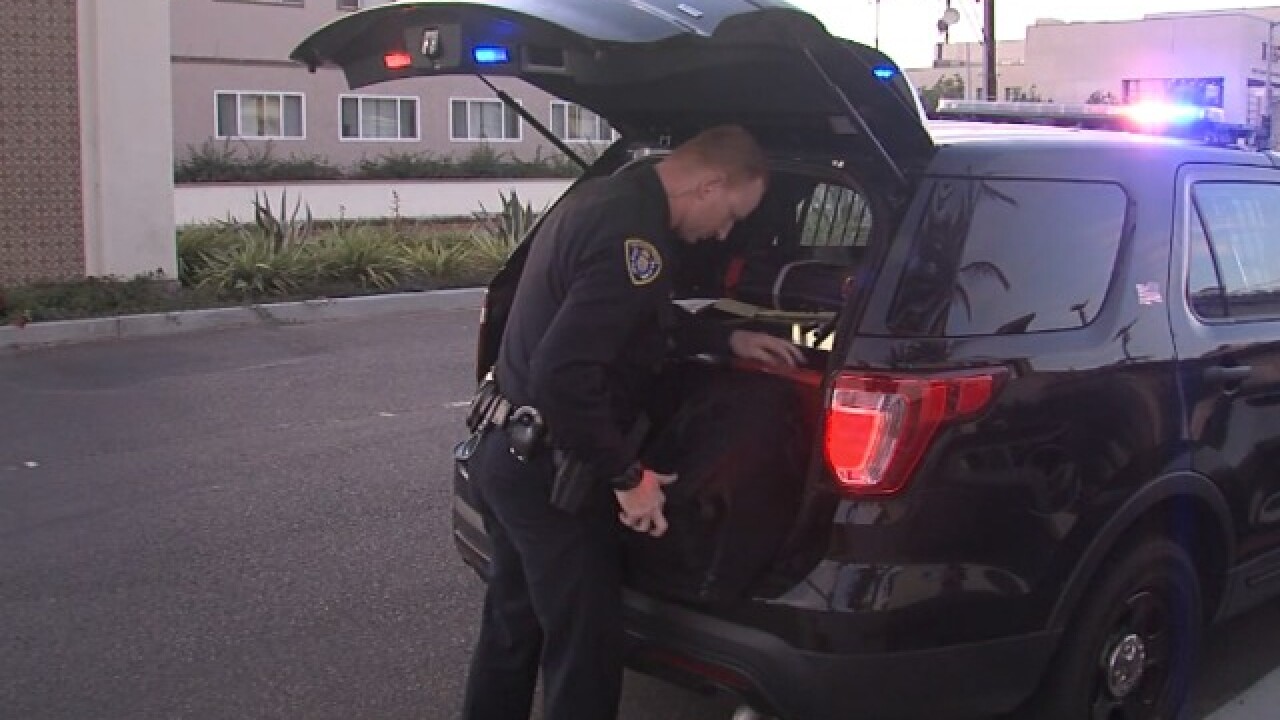 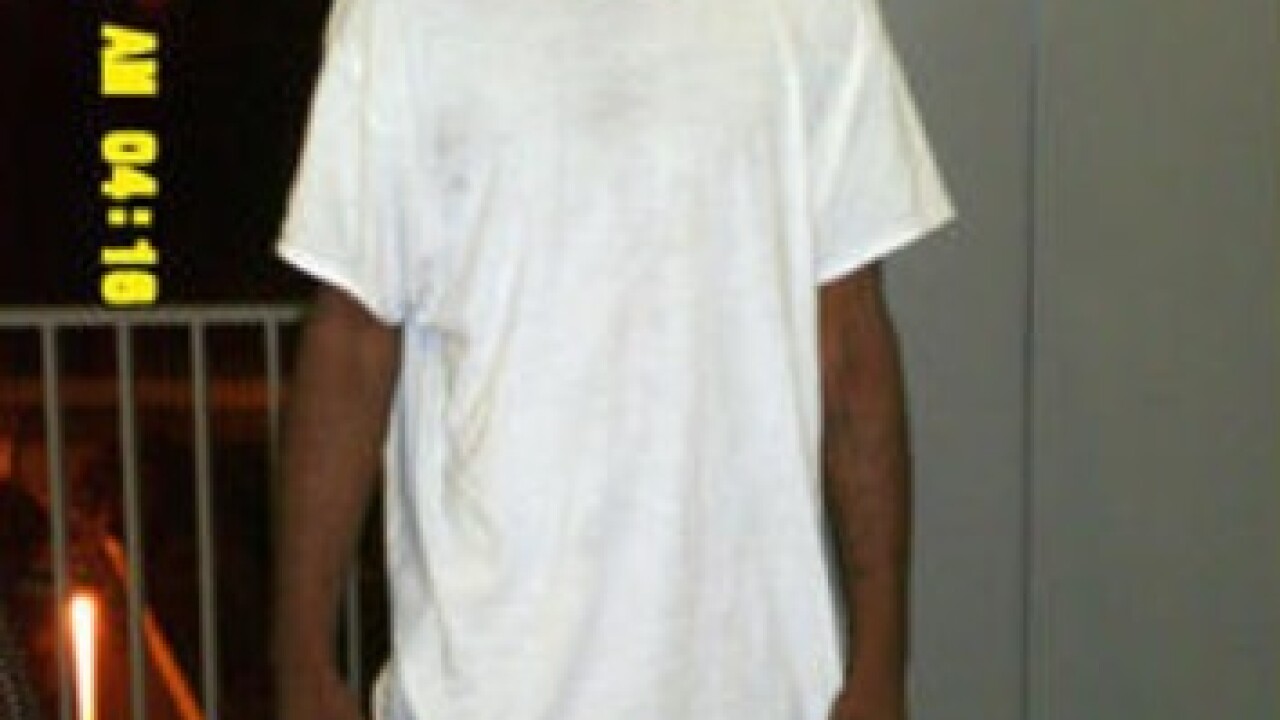 SAN DIEGO (KGTV) -- The San Diego State University Police Department, along with its allied agencies, is stepping up patrols after a string of robberies.

Students and non-students have been targeted in recent weeks on and off-campus.

At 12:30 a.m. on Saturday, three students were robbed by at least two people. Their phones and a set of keys were stolen.

On Monday, just before 7 p.m., another person was robbed while walking along the sidewalk near Lindo Paseo and College Avenue. Police say two suspects pushed the victim down and stole their phone.

Students have also been targeted through the Offer Up app which connects buyers and sellers to household items.

Police are looking for a suspect in the Offer Up cases, named Anthony Joseph Green. He's accused of meeting up with students at the library for a deal but then stealing their items.

If you have tips or information, please contact law enforcement: