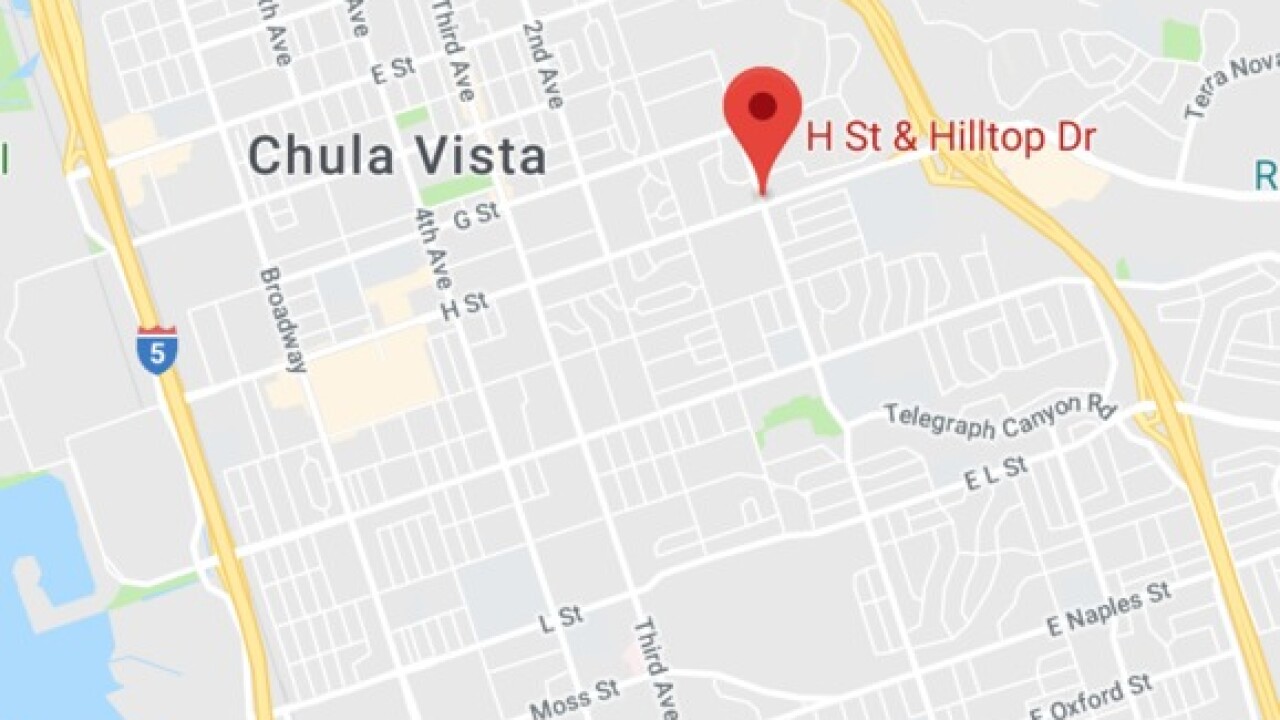 CHULA VISTA, Calif. (KGTV) - A woman walking on a Chula Vista street was hit by a car Friday night.

A driver reported the crash in the 200 block of East H Street near Hilltop Drive to the California Highway Patrol at 7:40 p.m. First responders arrived to find a 53-year-old woman had been hit by a vehicle.

Chula Vista Police said the woman appeared to be walking in the road on E. H St. when she was hit by a vehicle traveling westbound. Despite life-saving efforts, the woman died at the scene.

The driver remained at the scene and has been cooperative, police said. The cause of the crash is still under investigation.