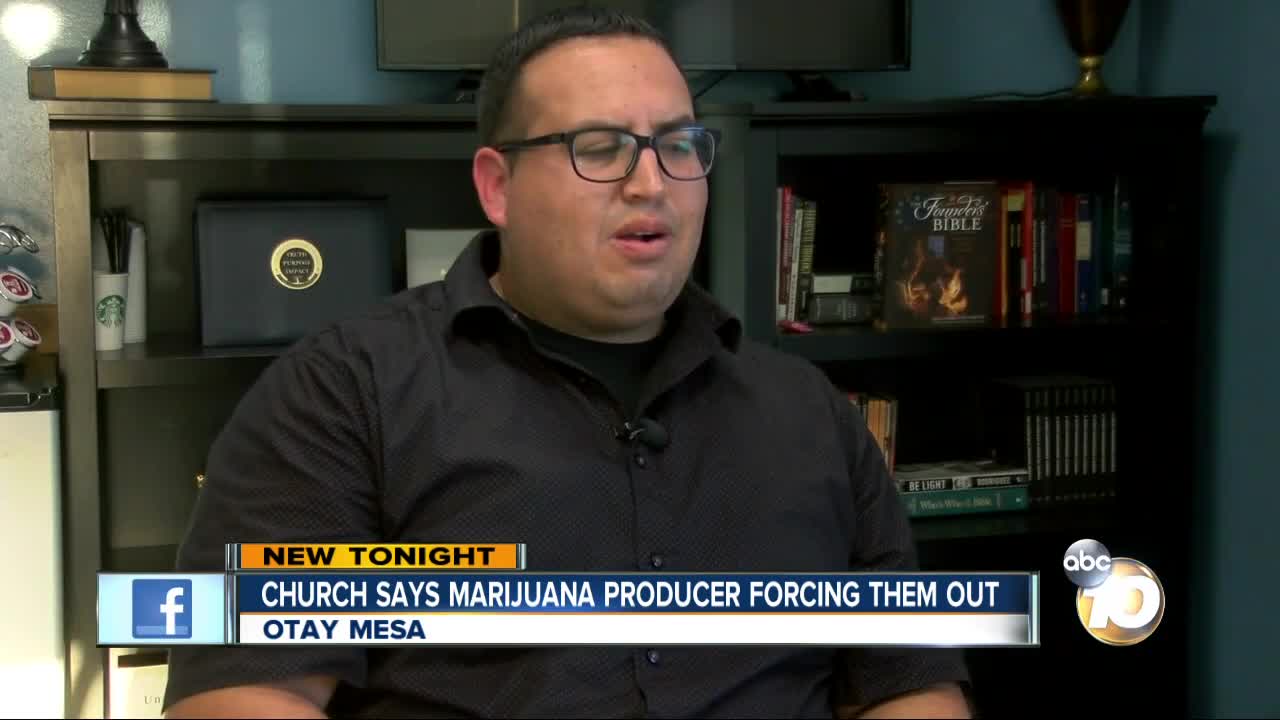 An Otay Mesa Church is blaming a marijuana producing facility for their eviction. 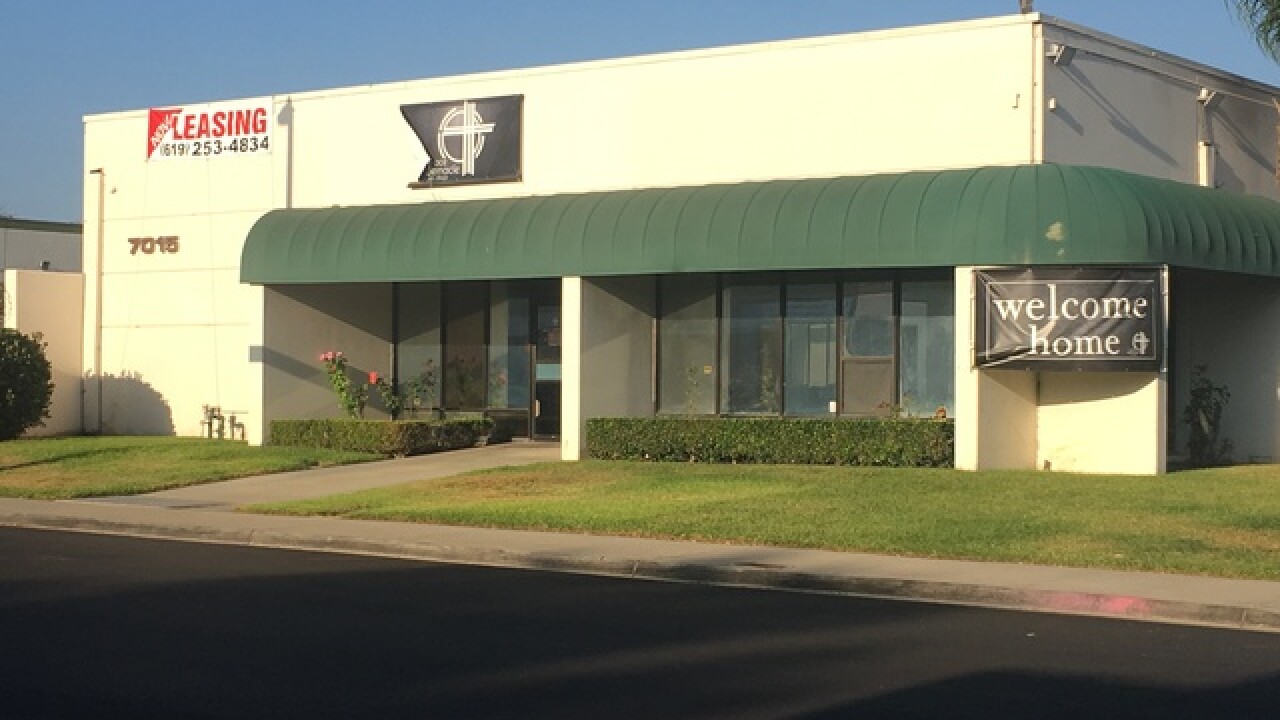 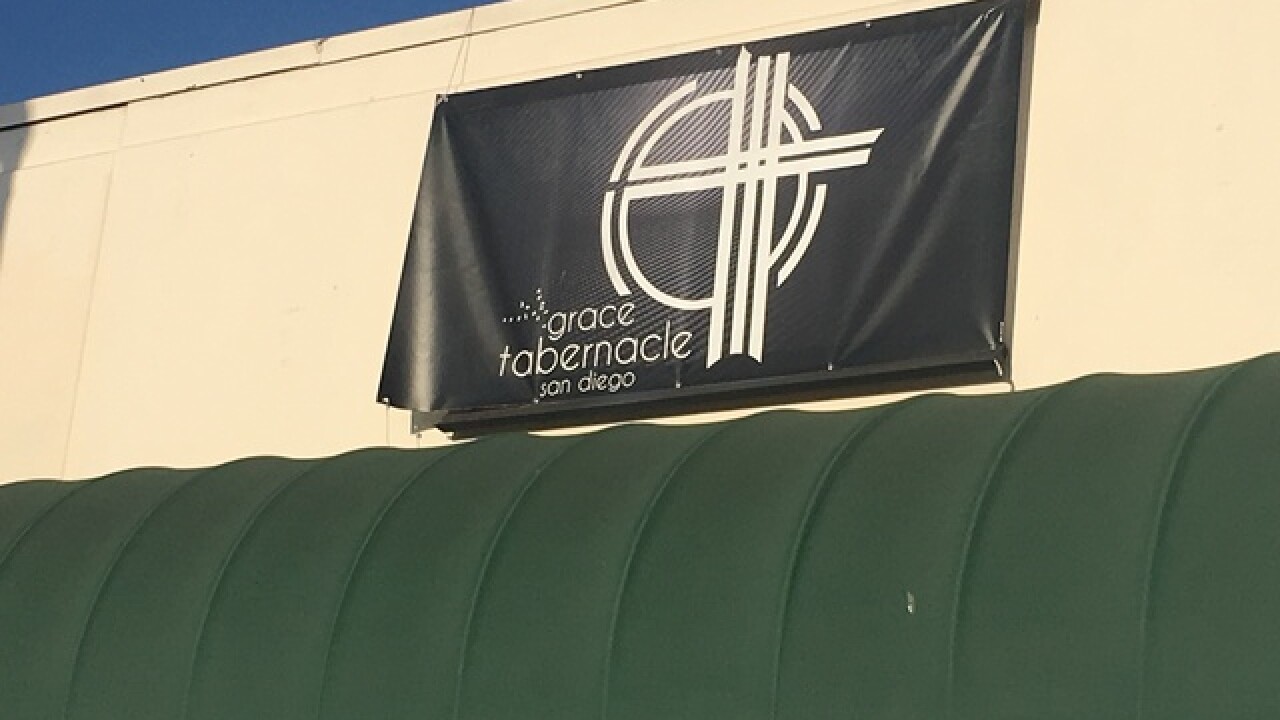 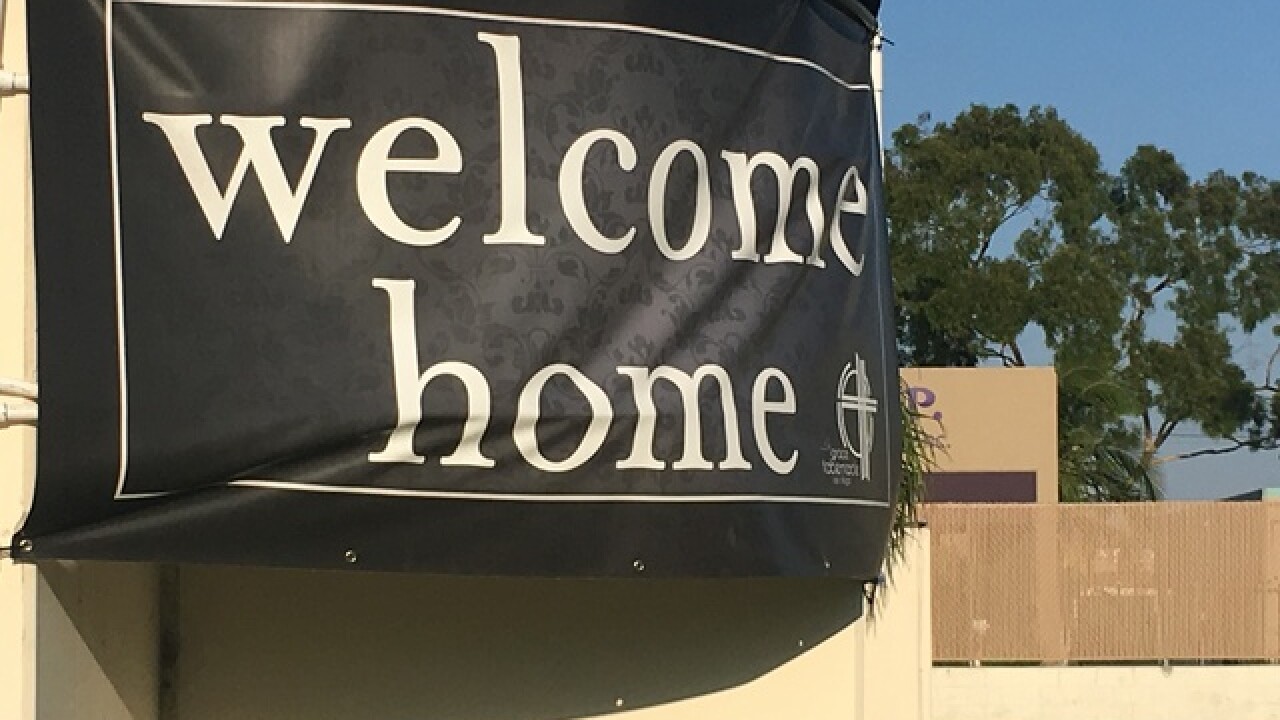 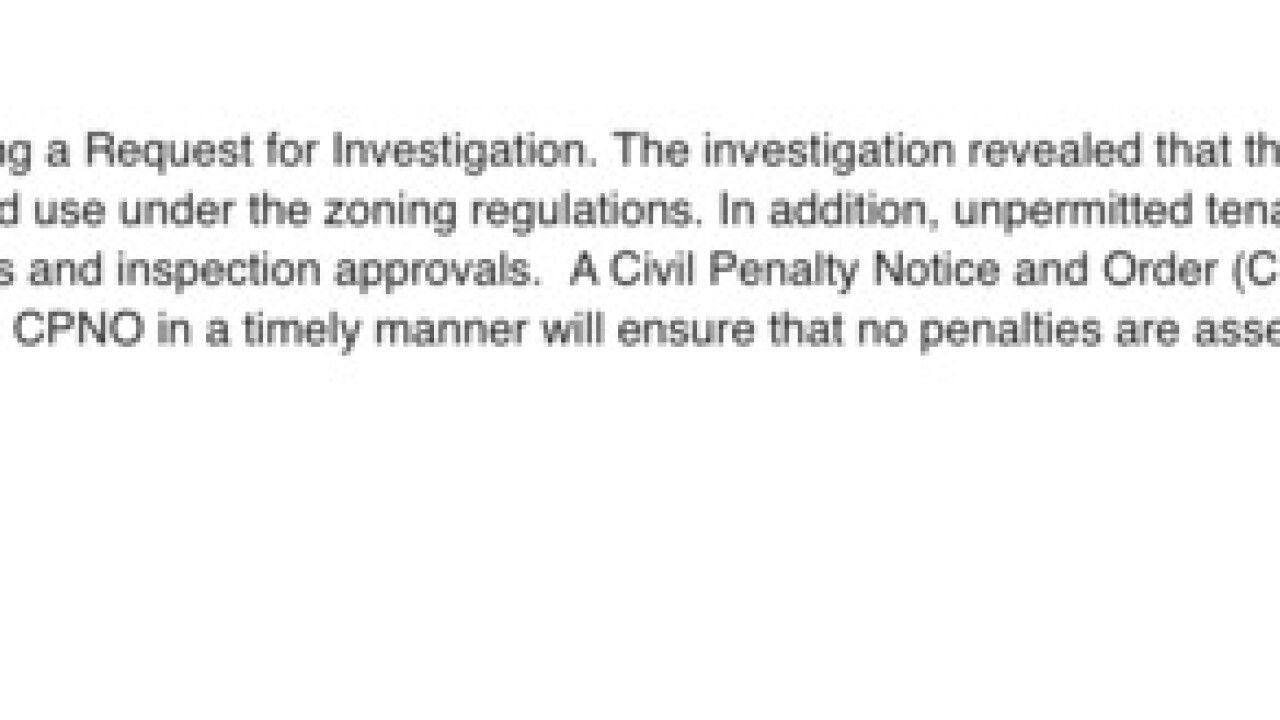 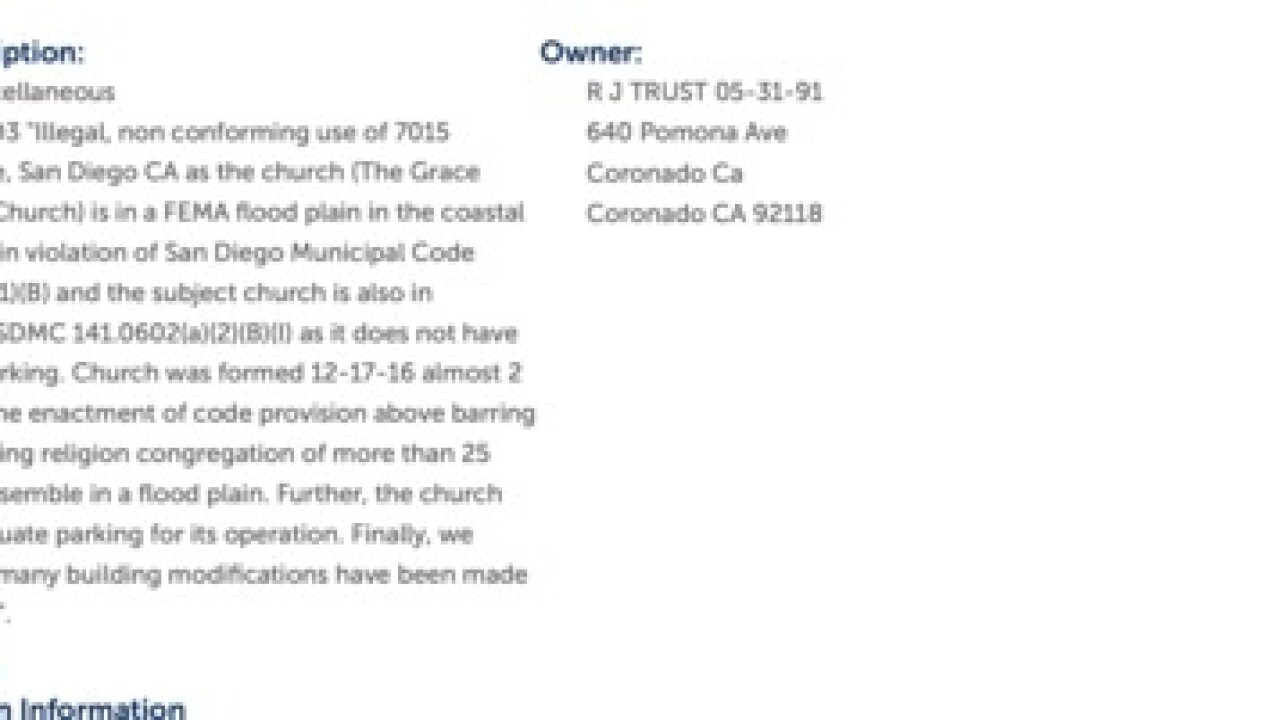 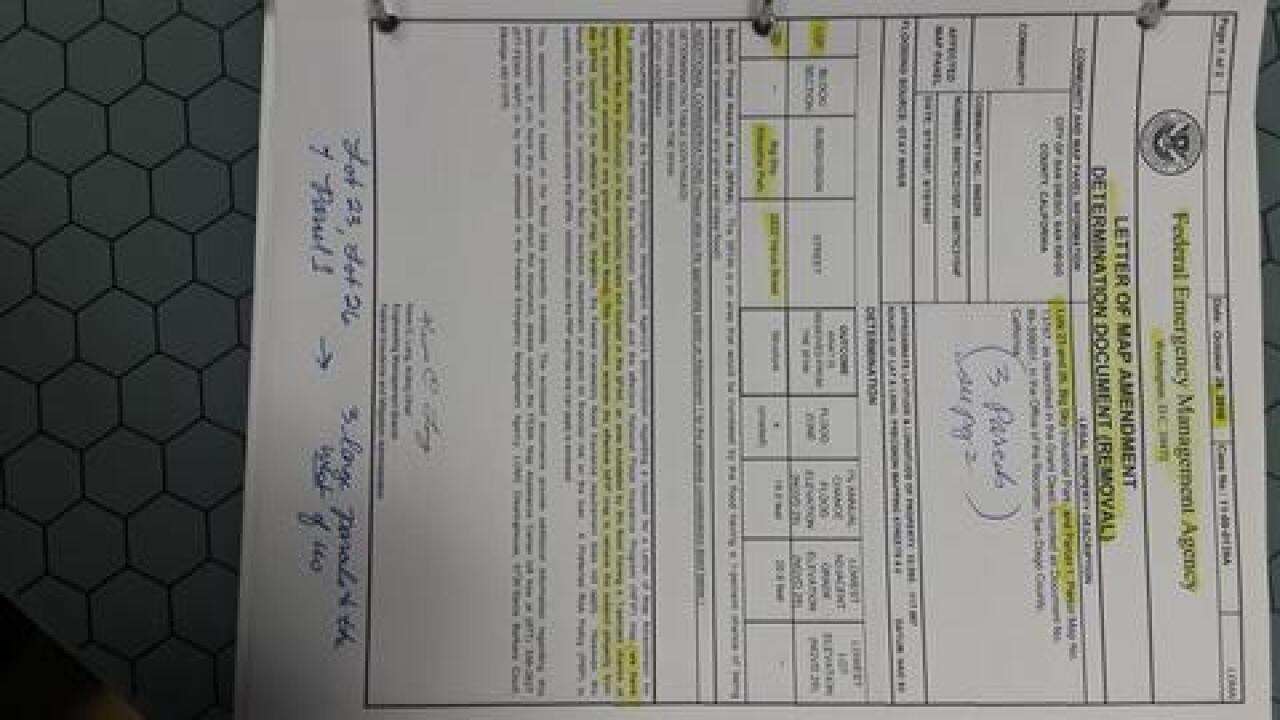 OTAY MESA, Calif. (KGTV) — South Bay's Grace Tabernacle Church has seen itself as the little church that could. Now they face another mammoth obstacle in the form of a marijuana producer.

But this church run completely by volunteers now sports a "for lease" after nine years in the community.

"This is everything this church, my heart beats for the church for the people," Pastor Andy Ballon said. "We grew up in the neighborhood and wanted to give back to the neighborhood .. We're the little church that could."

Ballon says everything changed in January when a marijuana producer wanted to move into their neighborhood. He says the company was denied by the city because their church was within a thousand feet.

But that didn't stop the company from trying again.

"We got a call about May that they wanted to buy the building," Ballon said. But the church declined.

Then in August, they were hit with another complaint. The complaint said the church couldn't be there because it's in a flood zone and there weren't enough parking spaces, according to Ballon.

RELATED: Artists say they're being forced out of their North Park galleries

Online it says the complaint was due to an inspector randomly walking in. But in an email to 10News, the City of San Diego says someone requested an investigation.

The paperwork says the building a block down the street isn't in a flood zone.

"It's daunting and it is kind of a shock it feels like a dream still," Ballon said. "You know as a church we're not paying high taxes to the government.

Ballon said they have spoken to a local councilman and the Governor. They've also recruited lawyers to look at their case.