At least 4 arrested, one for punching officer, at Chicano Park demonstrations 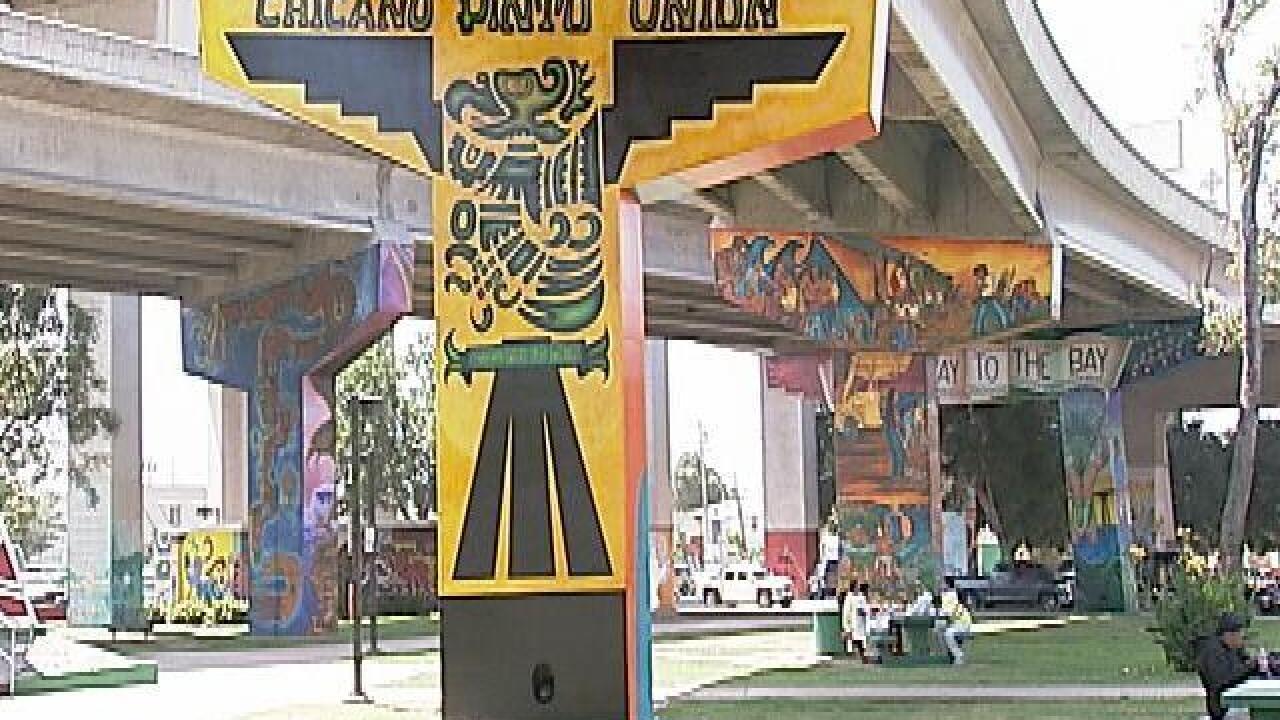 Copyright 2018 Scripps Media, Inc. All rights reserved. This material may not be published, broadcast, rewritten, or redistributed.
Chicano Park Murals 082112 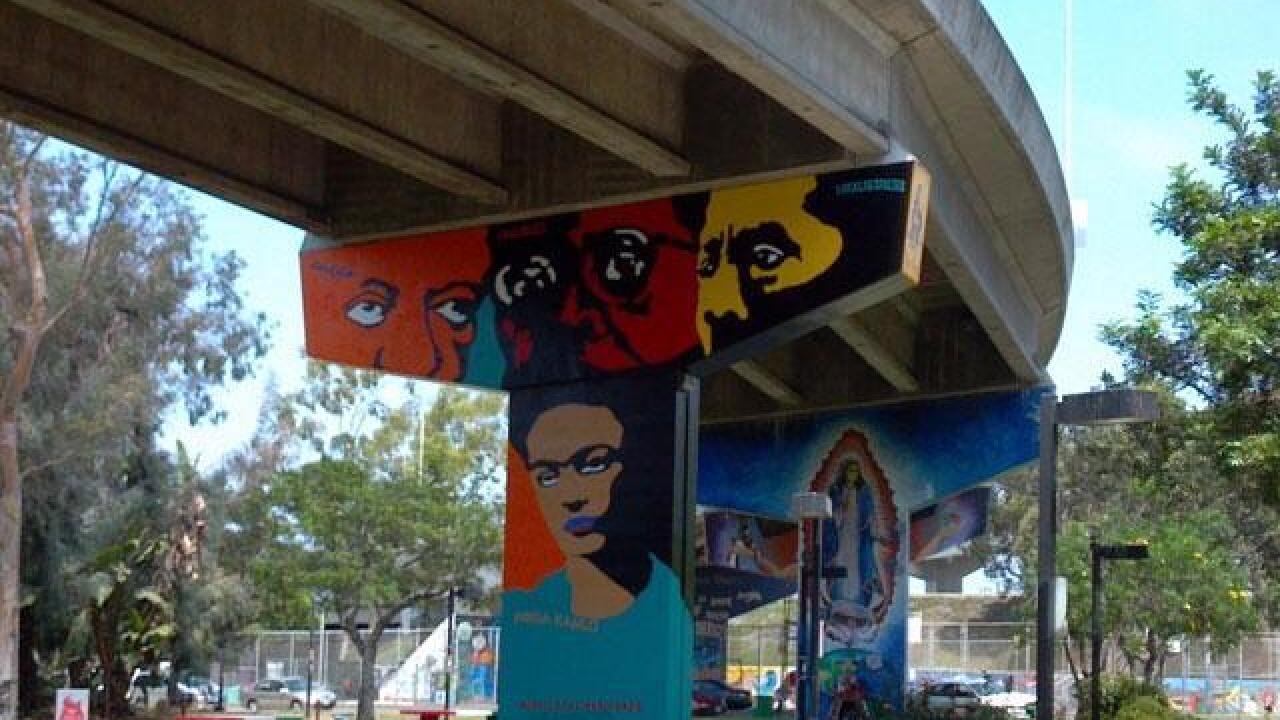 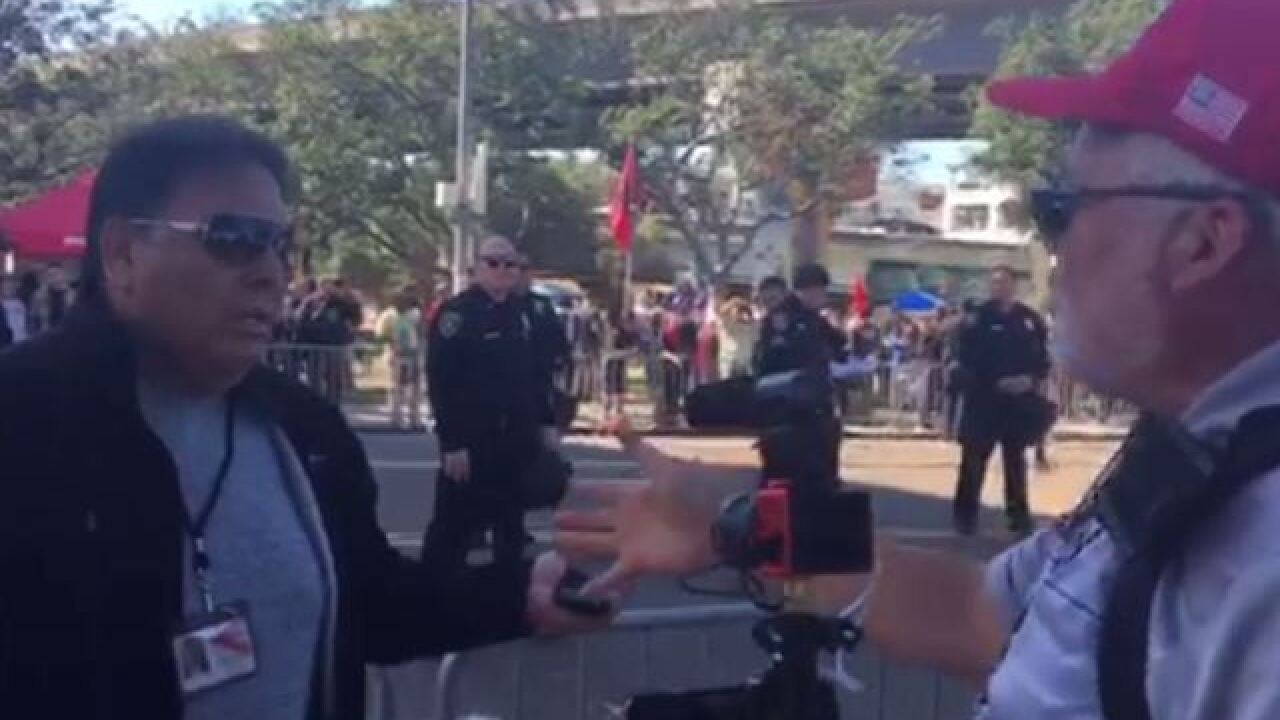 The right-wing group Bordertown Patriots met for a "Patriot Picnic" at the park Saturday, calling for changes to the park they say is unwelcoming and promotes communism.

The group says they want the murals lining the park removed and to raise the American Flag at the park, arguing the city should not be allowed "to fly only one foreign flag in a city-owned park without the accompanying American flag."

RELATED: Groups put San Diego on notice ahead of event at Chicano Park

Bordertown Patriot member Roger Ogden told 10News the "murals are revolutionary. They're anti-American" and the park name should be changed to "celebrate all the Hispanics and not just the militants."

Confrontation between local Univision reporter and protestors from Patriotic Picnic side. Reporter was interviewing someone and had to be escorted out by SDPD. pic.twitter.com/7v72Ae9gdX

Saturday, San Diego Police confirmed at least four people were arrested, including one person who police said punched an officer in the face.

Police did not identify who those arrested were affiliated with at the park.

Police also tweeted that officers were escorting some people away from the area after some individuals tried to instigate fights in the streets as people left. Video at the scene showed individuals being escorted from the area as the situation became violent.

10News reporter Laura Acevedo was live at the demonstrations on 10News Facebook Live:

Police shut down Logan Avenue from Cesar Chavez to South Evans Saturday and remain at the site to prevent any unrest. California Highway Patrol also closed off the southbound Interstate 5 on-ramp on Logan Ave.

Last September, the conservative group tried to have a picnic and hundreds of Chicano Park supporters showed up in opposition.

Tensions rose between the two sides that day and San Diego Police had to escort the group out.