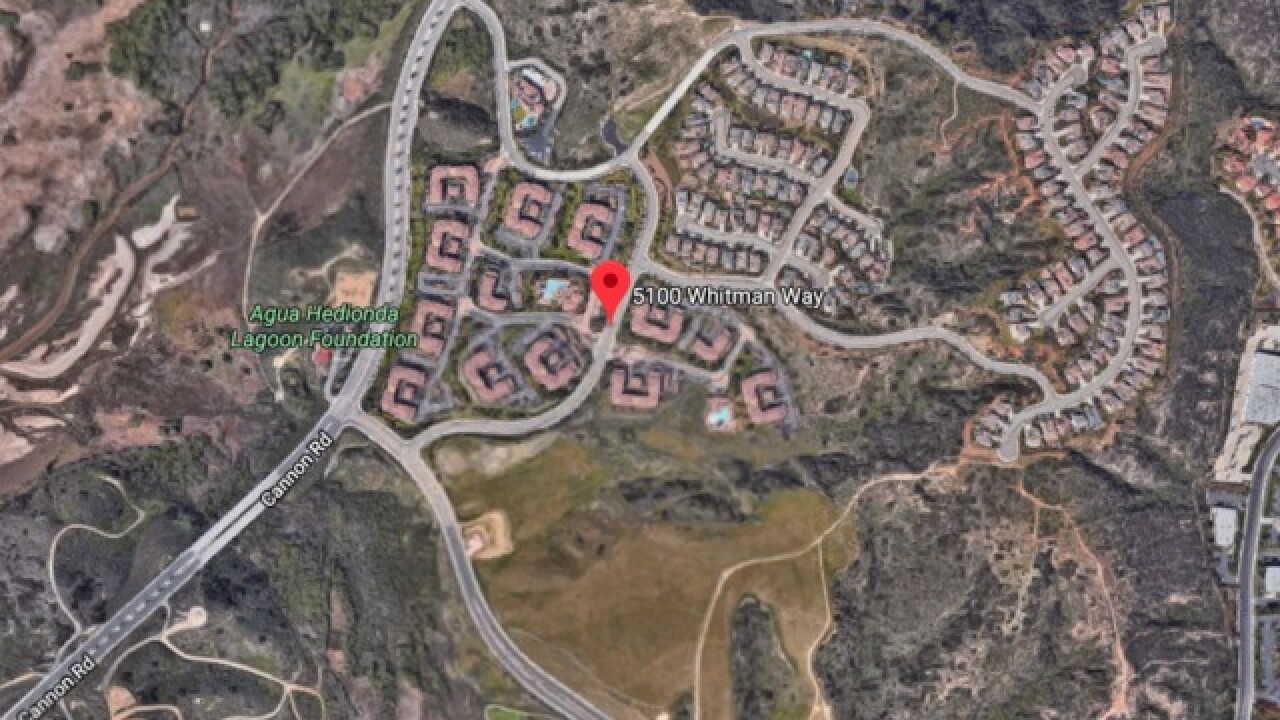 CARLSBAD, Calif. (KGTV) — One man has been arrested and another person is dead following a North County apartment complex shooting earlier this month.

A verbal dispute in the 5100 block of Whitman Way on Aug. 4 erupted into a triple shooting just before 6 a.m., according to Carlsbad Police. The suspected gunman, Jonathan Wilburn, of Carlsbad, reportedly retrieved a firearm at a family gathering and shot two people, in addition to accidentally shooting himself.

One victim received non-life threatening injuries while the other was in critical condition. The critically injured victim died Friday at a local hospital.

MAP: Crime happening in your neighborhood

Police did not release the identity of either of the victims.

Police have arrested Wilburn and charged him with murder, assault with a deadly weapon, and discharge of a firearm with a violent felony enhancement. He is being held without bail.