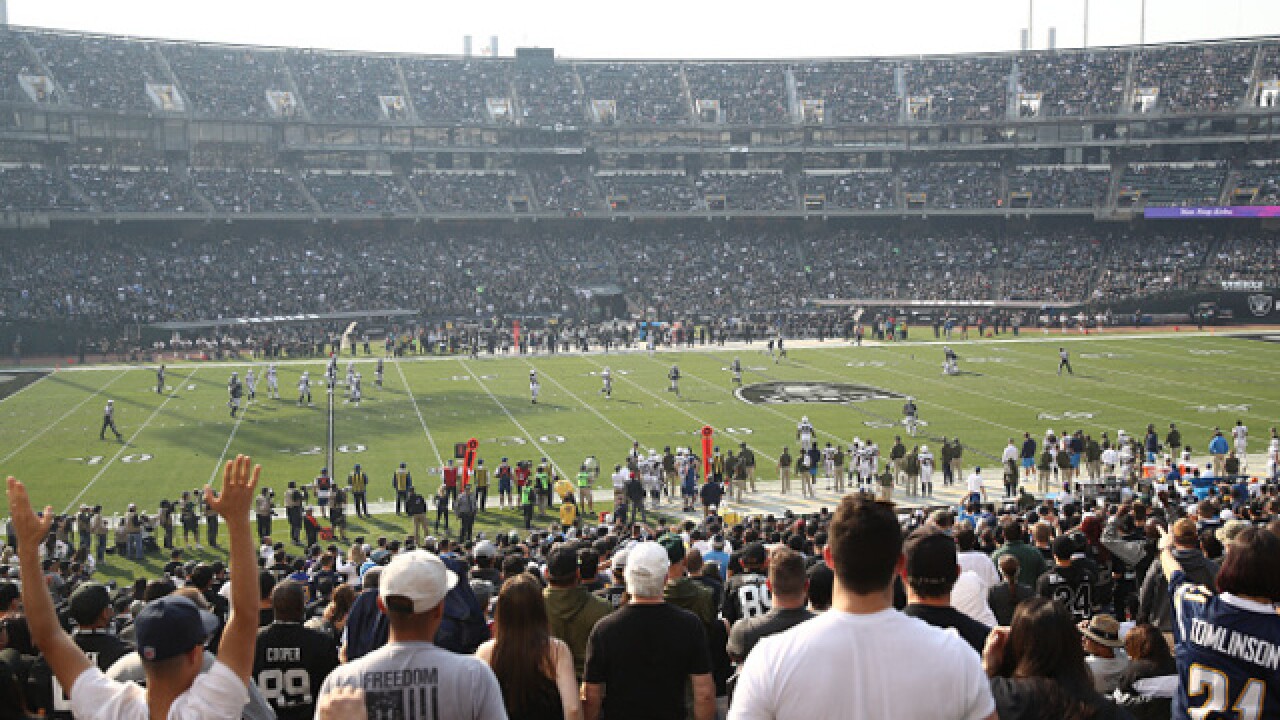 Copyright 2018 Scripps Media, Inc. All rights reserved. This material may not be published, broadcast, rewritten, or redistributed.
Ezra Shaw
OAKLAND, CA - NOVEMBER 11: A smokey haze is seen during their NFL game between the Oakland Raiders and the Los Angeles Chargers at Oakland-Alameda County Coliseum on November 11, 2018 in Oakland, California. An Air Quality Advisory was issued due to heavy wildfire smoke in parts of the Bay Area from the Camp Fire in Butte County. (Photo by Ezra Shaw/Getty Images) 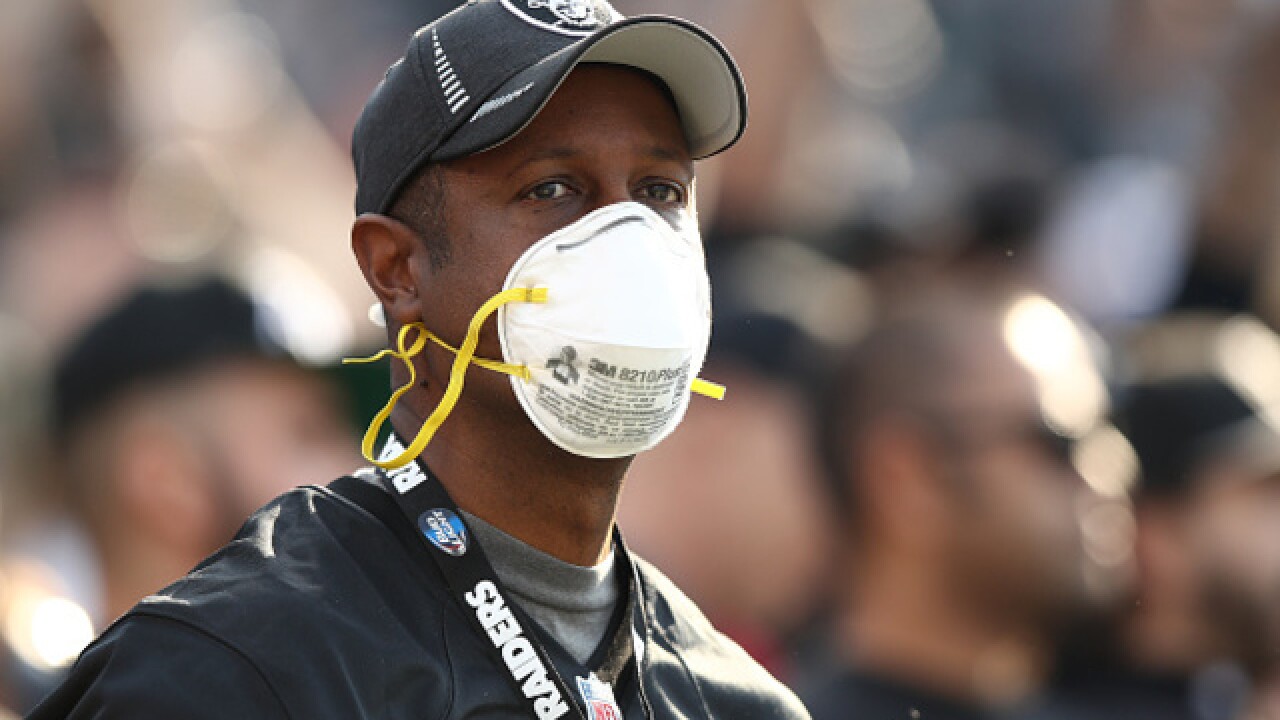 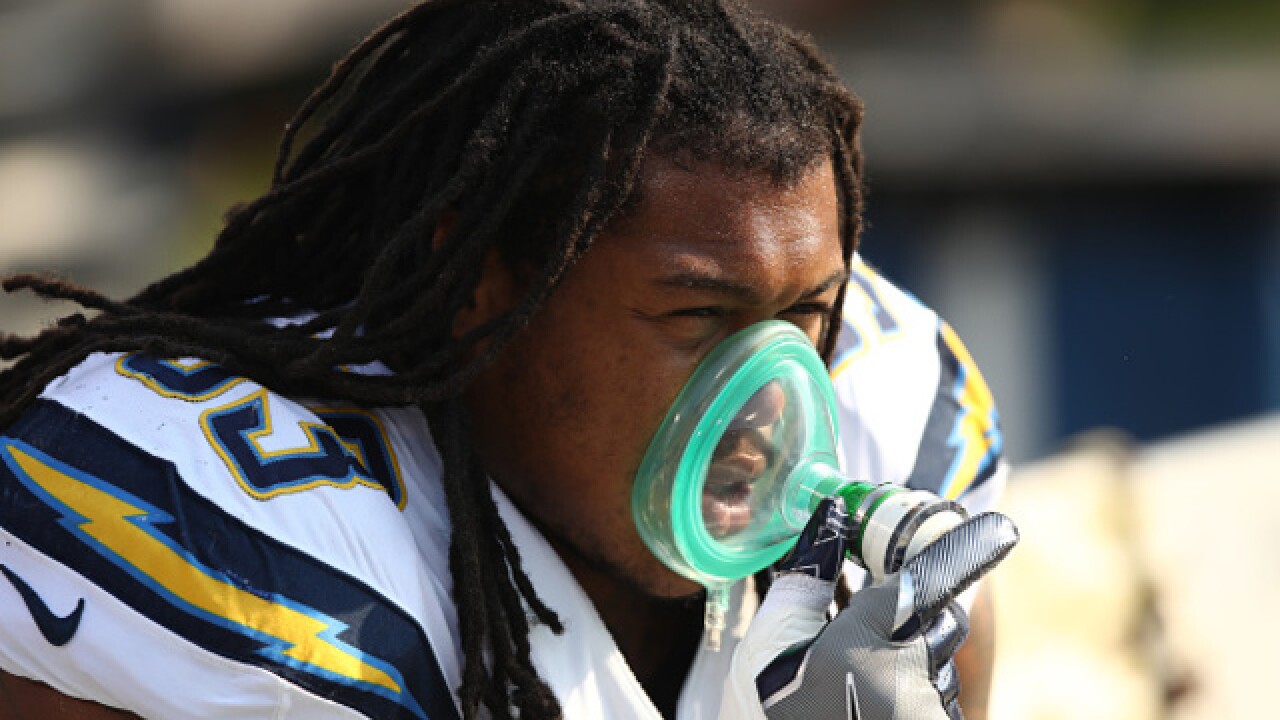 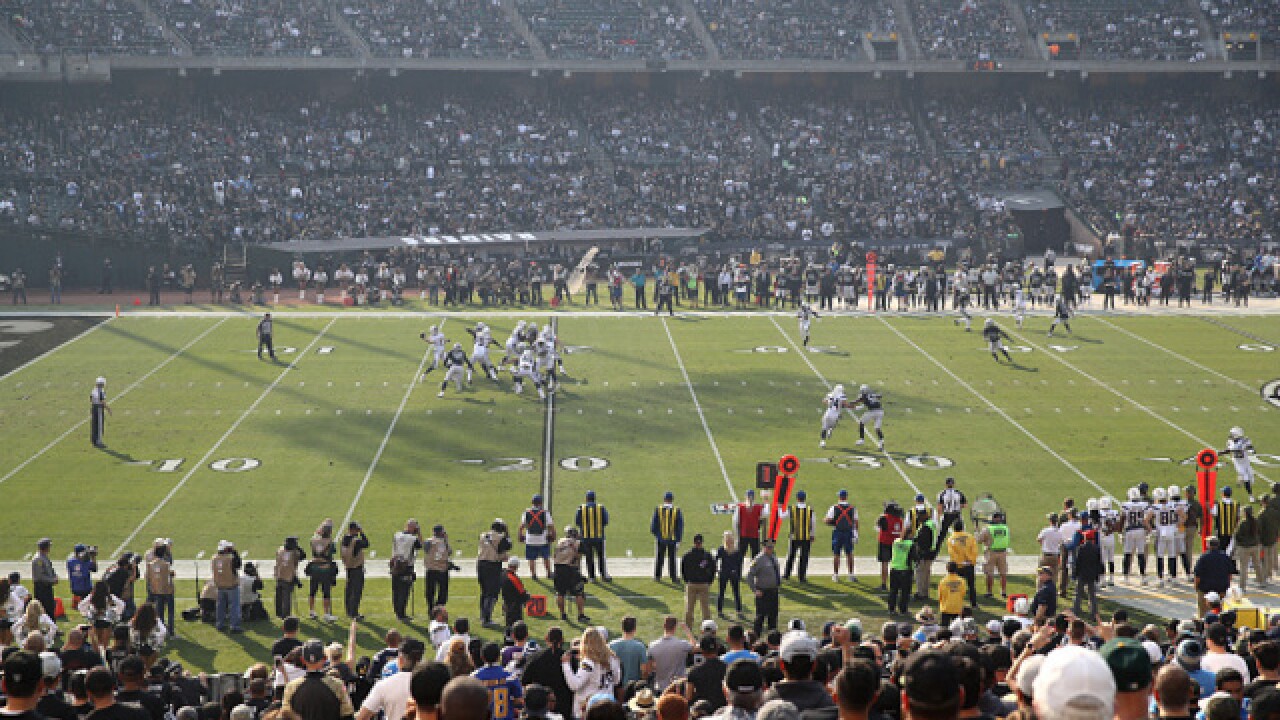 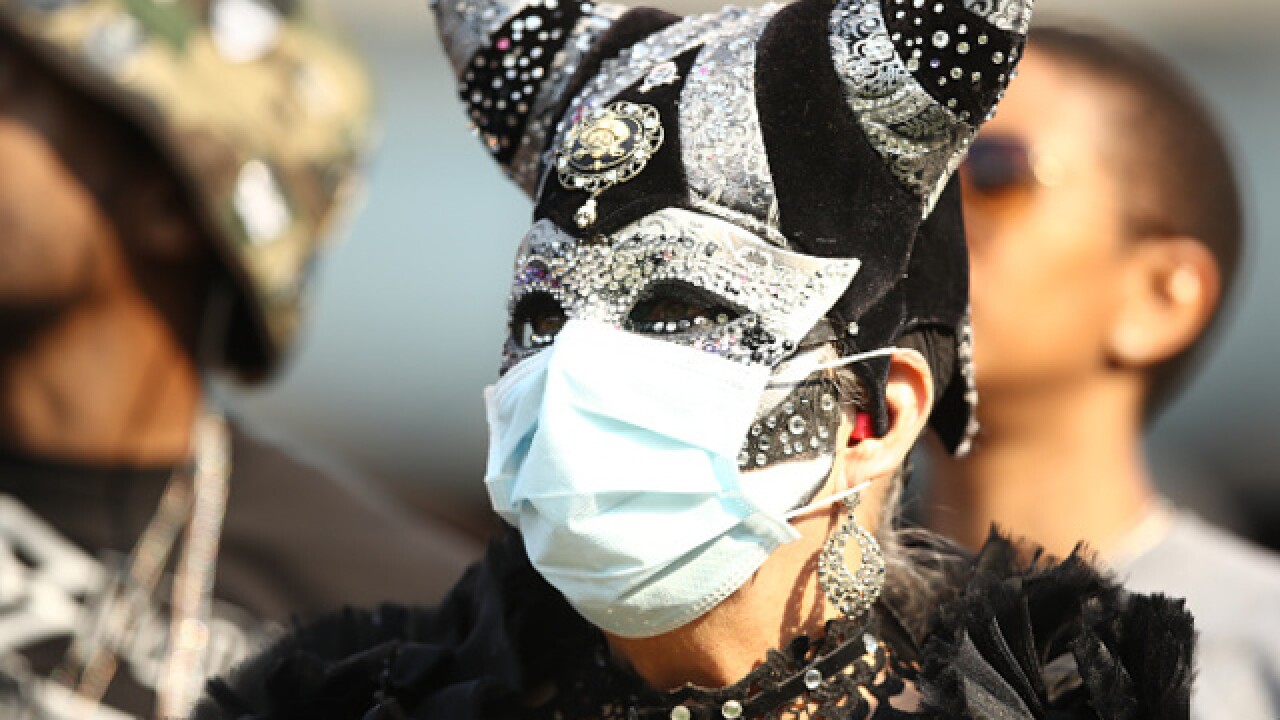 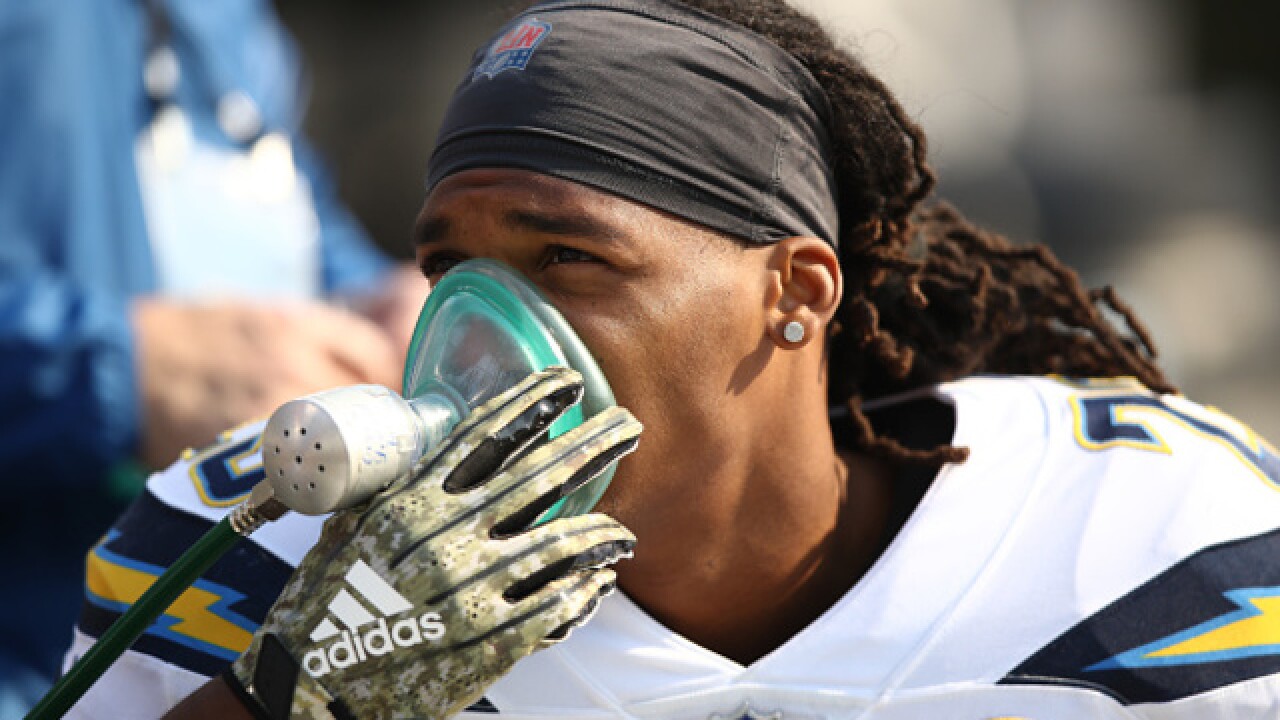 OAKLAND, Calif. (KGTV) - Smoke from wildfires had many California residents staying indoors Sunday but the Los Angeles Chargers and Oakland Raiders game carried on at the Oakland Coliseum.

The Air Quality Index for much of San Francisco and the surrounding areas was in the Environmental Protection Agency’s “red” zone, indicating the air was unhealthy to breathe.

Fans and coaches donned masks while players were forced to inhale the smoke on the field. The NFL had monitored the situation but the AQI never got near 200, the level where the game would have needed to be moved, the Associated Press reported.

Philip Rivers led the Chargers to a sixth straight win, defeating the Raiders 20-6.

The EPA warning said people with heart or lung disease, older adults and children should avoid prolonged or heavy exertion.

The South Coast Air Quality Management District said western winds brought unhealthful levels of smoke and ash particulate into most of the South Coast Air Basin, which includes Orange County and non-desert areas of Los Angeles, Riverside and San Bernardino counties, overnight. However, on Sunday morning, Santa Ana winds from the northeast had started to push smoke away from southern Orange and Riverside counties and were expected to continue to alleviate conditions in the northern San Fernando Valley and Los Angeles metro area through the day and into Monday.

Smoke was expected to remain at unhealthy levels closest to the fire, in the western San Fernando Valley and northwest coastal Los Angeles County.

``It is difficult to tell where ash or soot from a fire will go, or how winds will affect the level of dust particles in the air, so we ask everyone to be aware of their immediate environment and to take actions to safeguard their health,'' said Dr. Muntu Davis, health officer for Los Angeles County, in an earlier statement.

Wildfire smoke is a mixture of small particles, gases and water vapor, and the primary health concern is the small particles, which can cause burning eyes, runny nose, scratchy throat, headaches and bronchitis, health officials said. In people with sensitive conditions, the particles can cause difficulty breathing, wheezing, coughing, fatigue, and/or chest pain.