Notes of support pour in for 2 who started California blaze 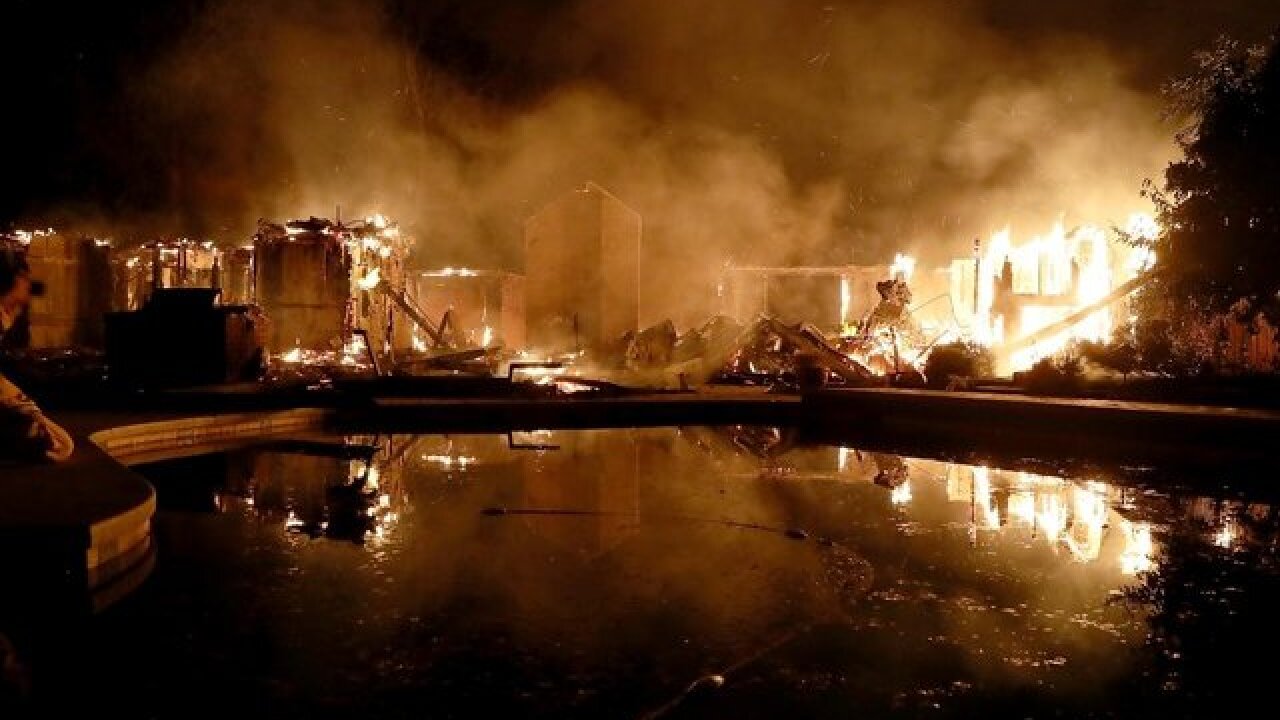 REDDING, Calif. (AP) — A couple whose flattened trailer tire accidentally started a massive fire in Northern California has received more than 100 cards and letters with supportive messages telling them not to feel guilty.

The outpouring of support for an 81-year-old man and his wife started after Rachel Pilli made a Facebook post offering to forward compassionate messages to the couple, the Record Searchlight in Redding, California, reported Wednesday.

Pilli doesn't know the couple, but said a firefighter who knows them told her the woman blames herself and cries day and night. She decided to send them a card with a supportive message and then posted about the couple on social media.

The blaze that has destroyed nearly 1,100 homes and killed eight people started on July 23 with a spark from a vehicle driving on a flat tire, fire officials said. It was 67 percent contained as of Wednesday.

Pilli said she has received more than 100 cards and letters and they keep coming. People have also sent bouquets of flowers and gifts for the couple.

Pilli, a doctor and mother of three, and a friend are reading the letters before they send them to the couple to make sure all are encouraging. Thus far, they have been.

She said she hopes the couple "feel the love and forgive themselves."

"I think the fire has caused us to look into each other's eyes and discover the human kindness in us," Pilli said. "People have been so generous. It's a beautiful story of hope and community."