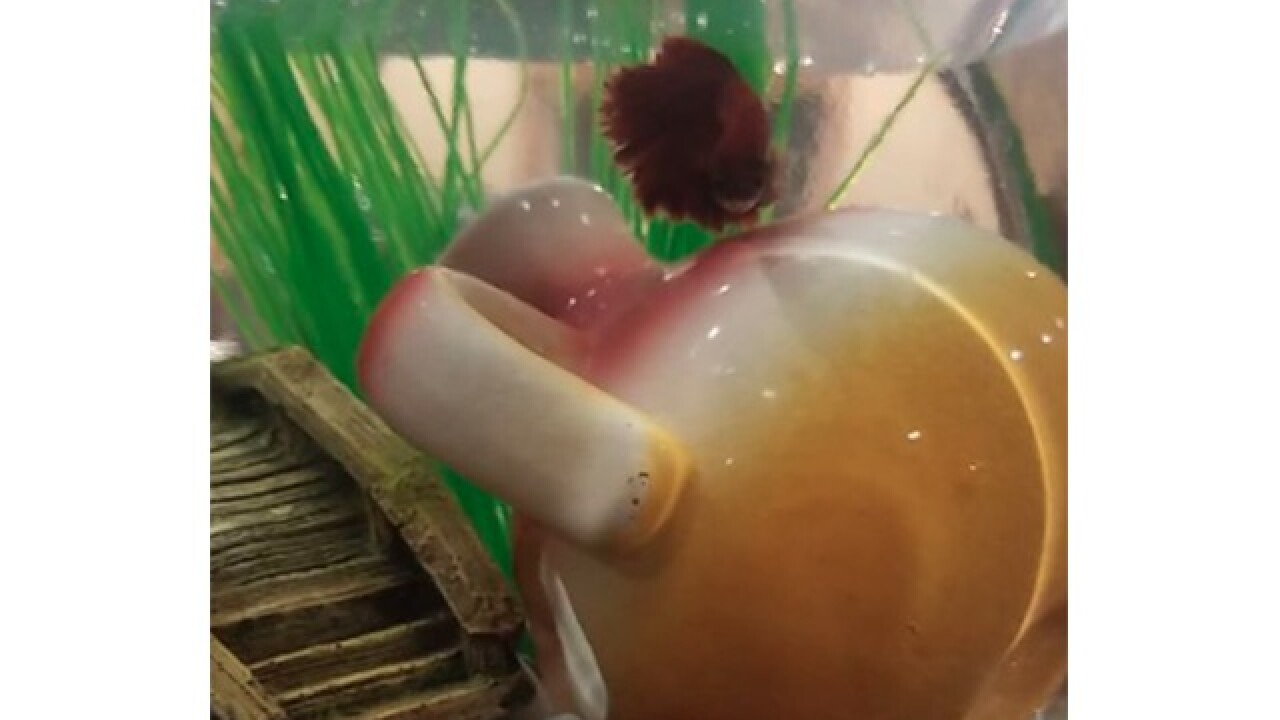 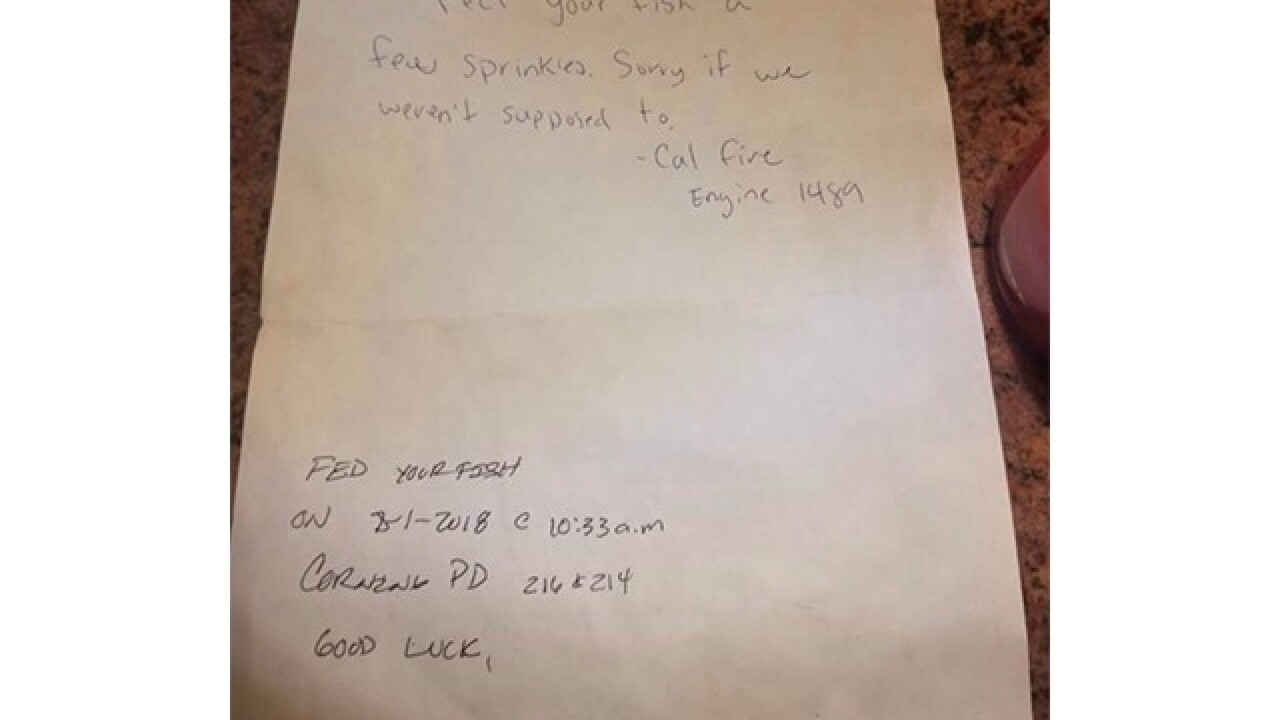 (KGTV) -- Firefighters battling the Carr Fire went beyond the call of duty, taking care of a fish left behind by a family forced to evacuate.

According to a tweet from Cal Fire, a father informed his daughter that their fish most likely didn’t survive.

When they arrived home, they were greeted with a well-fed fish and a note from the firefighters.

The note reads, “Fed your fish a few sprinkles. Sorry if we weren’t supposed to.” As of Sunday morning, the tweet had racked up more than 10,000 likes and retweets.

After a father informed his daughter that her fish was likely dead, both were in for quite a shock when they returned home to a well-fed fish! Thanks CAL FIRE Engine 1489 & Corning Police Dept. for ensuring Grant was fed while his owners were evacuated due to the #CarrFire pic.twitter.com/Ole8DoJnpf