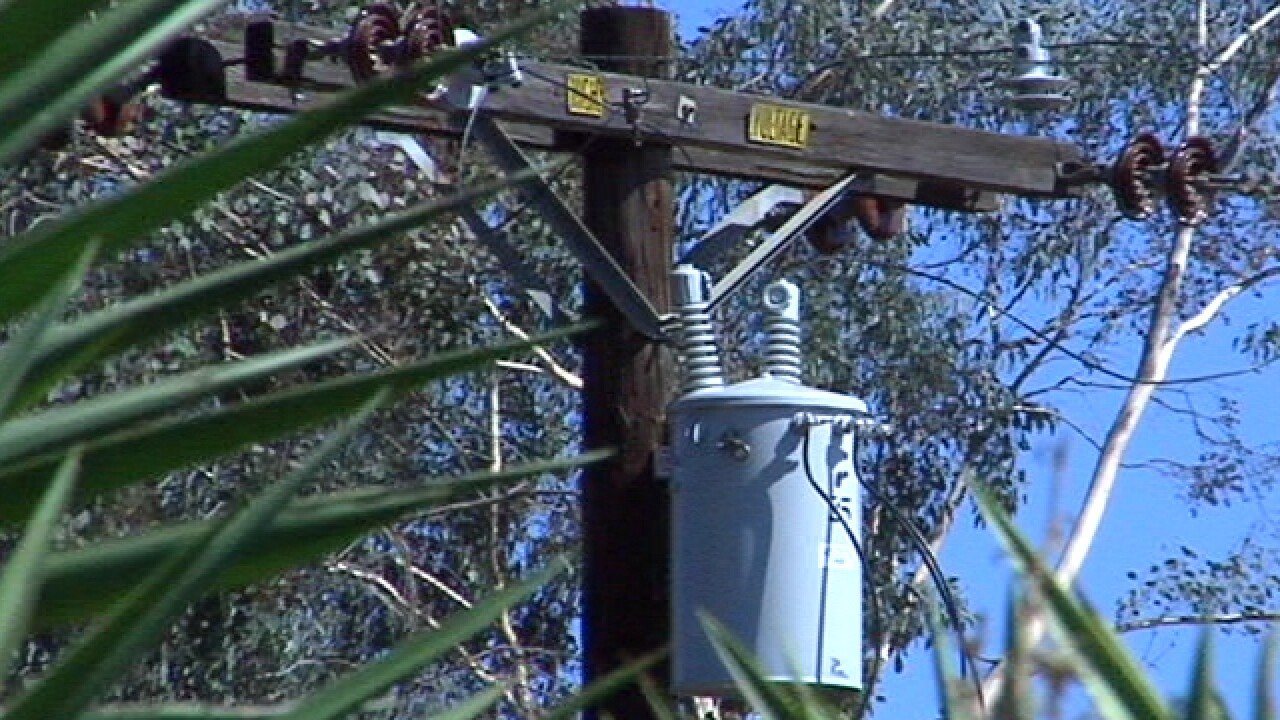 SACRAMENTO, Calif. (AP) — Gov. Jerry Brown signed a measure Friday allowing utilities to bill their customers to pay for future legal settlements stemming from devastating 2017 wildfires, even if the blazes are blamed on the company's mismanagement.

The bill is aimed at preventing bankruptcy or other serious financial trouble for Pacific Gas & Electric Co. The nation's largest utility by revenue faces billions of dollars in liability if investigators determine its equipment caused the Tubbs Fire that destroyed thousands of homes and killed 22 people in Santa Rosa last year.

"Wildfires in California aren't going away, and we have to do everything possible to prevent them," Brown said in a statement. "This bill is complex and requires investment - but it's absolutely necessary."

Critics call it a bailout for PG&E investors.

The bill creates a special process for the 2017 fires, which caused more than $10 billion in insured losses, by far the most in state history. It seeks to determine how much liability the utility can absorb without triggering severe consequences like bankruptcy, and allows any additional costs to be billed to consumers.

For fires sparked in the future, the bill allows the Public Utilities Commission to consider a variety of factors — including weather conditions, a utility's efforts to prevent fires and findings of mismanagement — to decide whether electric companies can pass costs to consumers.

The utility protections are part of more than two dozen bills Brown signed to reduce the risk of wildfires, including efforts to make it easier to conduct controlled burns that aim to clear out dry vegetation that would fuel wildfires.

PG&E is facing dozens of lawsuits from insurers, which have spent billions settling insurance claims from homeowners.

Courts have ruled that utilities are entirely liable for damage caused by their equipment, even the utility followed all safety precautions. Regulators have required utility investors to shoulder the legal burden for fires caused by mismanagement of electrical equipment.

Brown proposed eliminating that standard, known as inverse condemnation, but lawmakers dropped the idea amid pressure from insurers, trial lawyers and fire victims.

If PG&E is blamed for the most destructive fires and passes along costs to customers, they'll appear as a surcharge on monthly utility bills for the next 20 years.

The cost is unknown because it's not clear which fires will ultimately be linked to PG&E, what its final settlement will look like or how much of the burden will be placed on investors. Sen. Bill Dodd, a key negotiator, said the average residential ratepayer would pay an estimated $5.20 extra for every $1 billion dollars that PG&E must finance.

In the second quarter of this year, PG&E spent more on lobbying in California than any other entity, records show. It dropped more than $1.7 million, nearly three times as much as it spent the previous quarter, most of it on wildfire issues. Up from the Ashes, a group representing trial lawyers and people who lost homes in the fire, spent more than half a million dollars.

The measure is the most hotly contested part of a wide-ranging plan to reduce the threat of wildfires, which have been larger and more destructive in recent years.

The bill also requires investor-owned utilities — including PG&E, Southern California Edison and San Diego Gas & Electric — to harden their equipment so it's less likely to cause fires. It would make it easier, in some circumstances, to do prescribed burns, clear dead trees and brush, log trees and build fire breaks. It includes $1 billion over the next five years for those purposes.

Among the other bills Brown signed is a measure aiming to triple the amount of land in California treated with prescribed burns and to limit liability for private landowners conducting controlled burns on their property. The bill helps clarify that landowners who get a permit to conduct a prescribed burn and comply with its terms have done their due diligence.

"These private landowners were afraid to get permits because they were afraid of getting sued if something happened," Sen. Hannah-Beth Jackson, a Santa Barbara Democrat who wrote the bill, told media during a conference call earlier this year.

Brown also signed bills to maintain insurance coverage following disasters, improve emergency notifications and to require that garage door openers have a battery backup so people can get their cars out even if the power goes out.