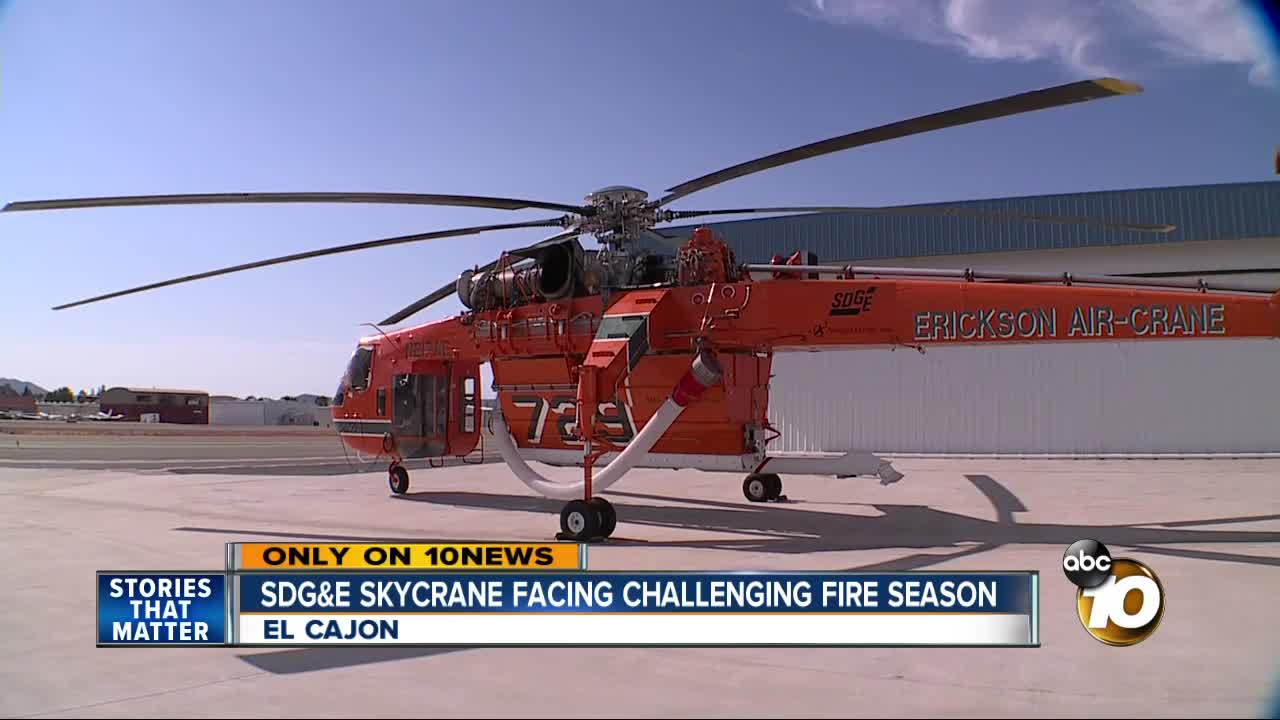 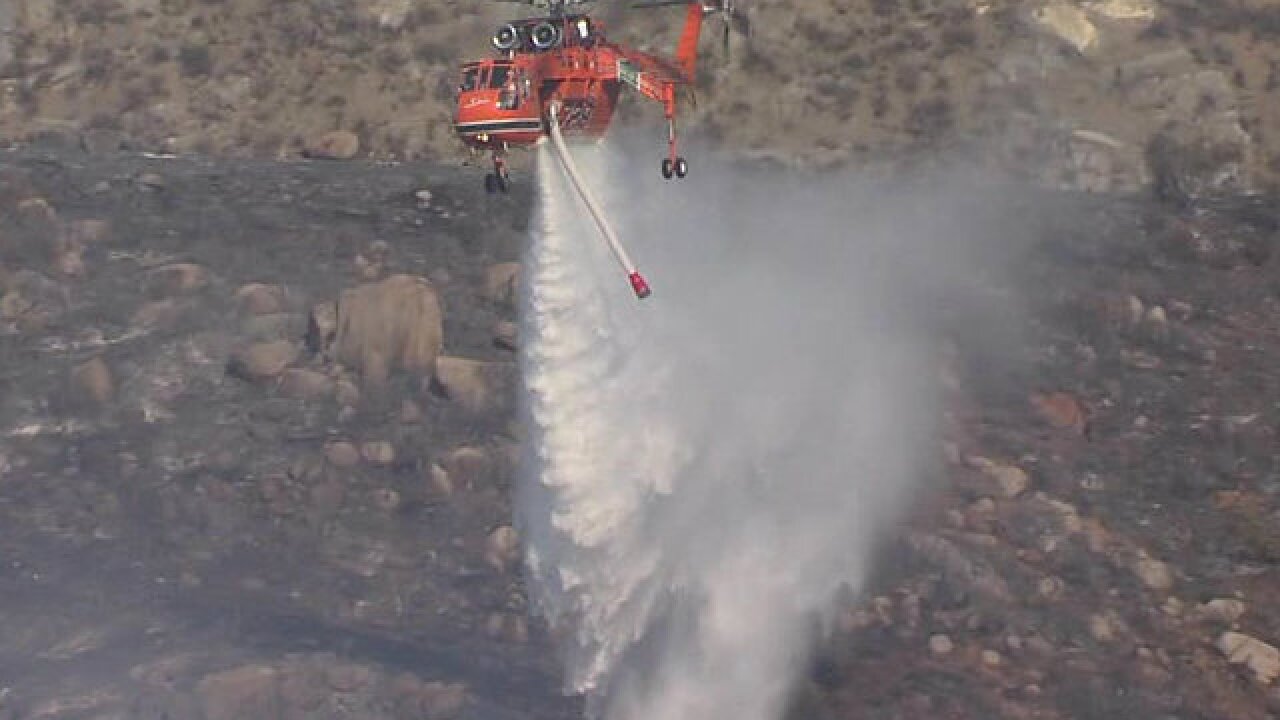 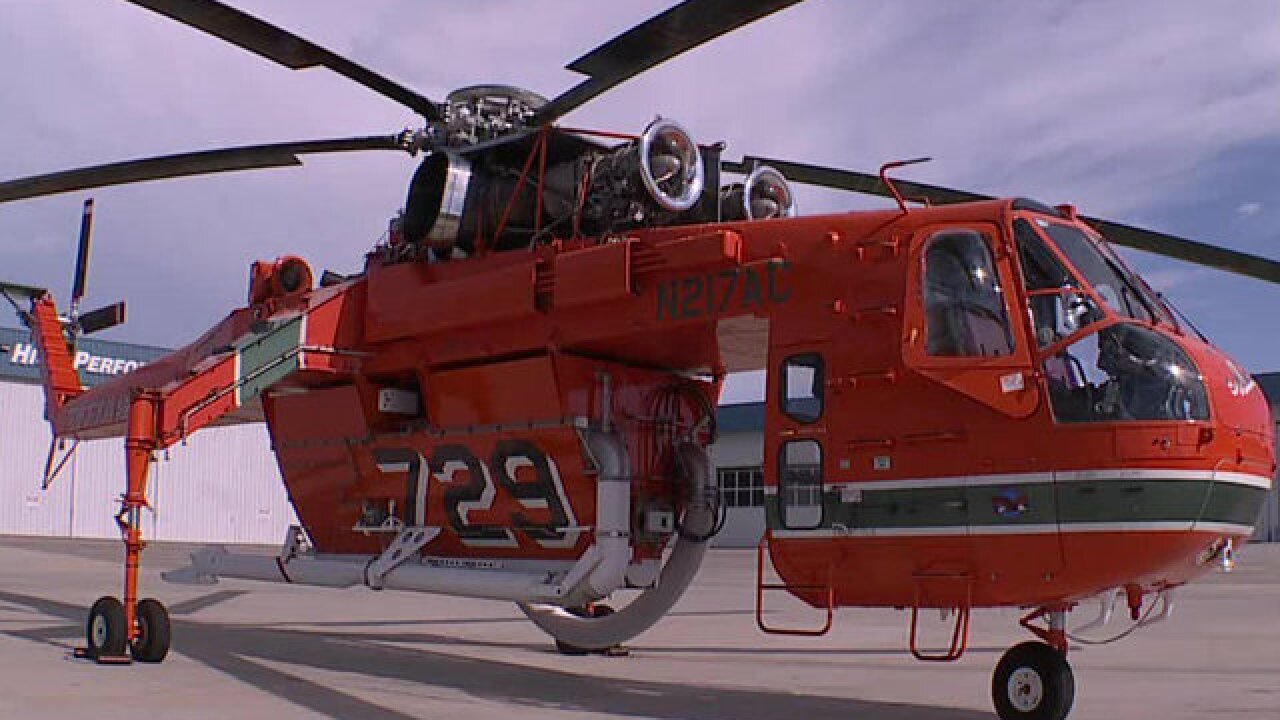 EL CAJON, Calif. (KGTV) - Crews who pilot San Diego Gas & Electric's Skycrane helicopter said this fire season has been one of the most challenging yet.

The aircraft, based at Gillespie Field in El Cajon, has been a valuable firefighting tool in San Diego County over the years as it can be anywhere in the region within minutes and is equipped to handle large-scale fires.

Capt. Andy Thomas described how the Skycrane crew operates during a wildfire: "One pilot is actually doing the flying and he's talking either to the person on the ground or the person in air attack, and then the other pilot is doing all the other radio work."

Part of the crew's preparation for take-off includes making sure they are ready to make a water drop right away.

The S-64 Erickson crane can hold more than 2,600 gallons of water or fire retardant at a time. Multiple hoses allow it to refill both from freshwater or seawater, and the process is fast at 45 seconds or less.

Thomas said, "We program the tank. It has a built in GPS. It knows our ground speed and it automatically adjusts how much water gets put on the ground."

Thomas said he's been firefighting for two decades now and this year has been tough already.

"The rate of spread, the fire intensity is much higher than what we've usually seen in years past this time of the year," he said.

While every piece of equipment and person fighting a fire is appreciated, the Skycrane is unique and one of only five in California.

SDG&E and the county have a contract to keep the Skycrane available through at least 2022.