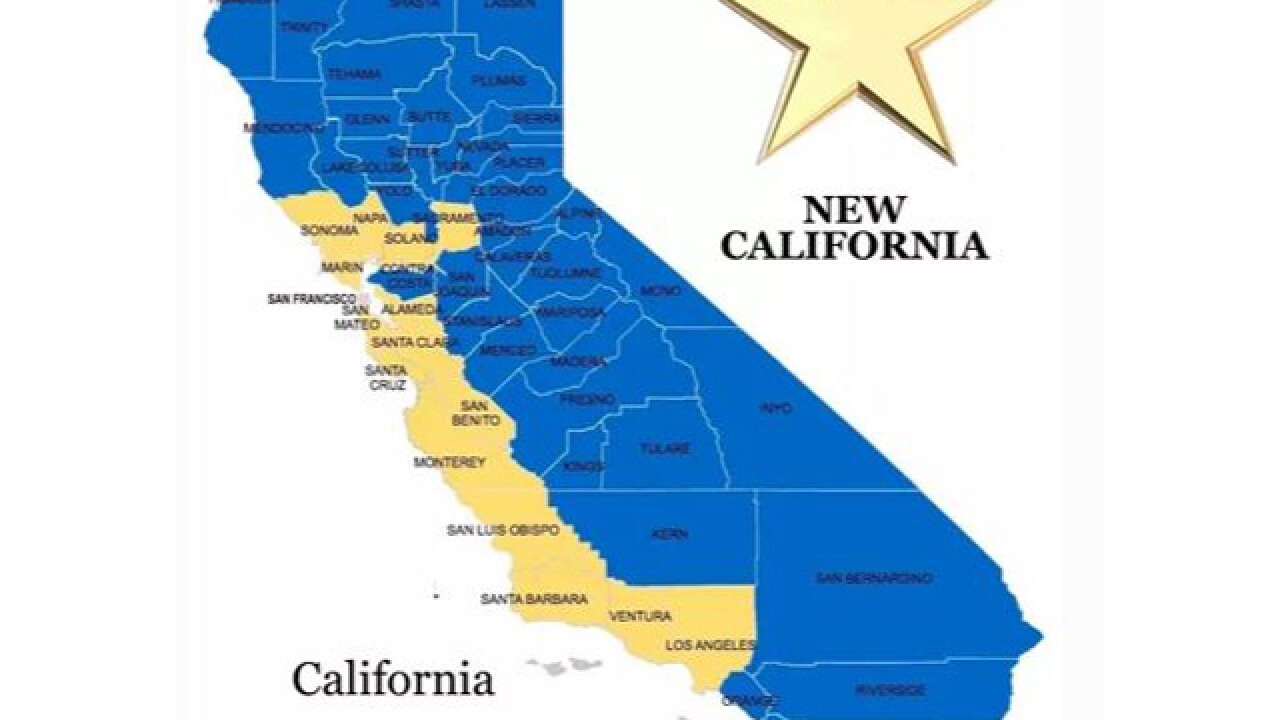 Copyright 2018 Scripps Media, Inc. All rights reserved. This material may not be published, broadcast, rewritten, or redistributed.
Self, Zachary
<p>Courtesy: New California</p>

MARYSVILLE, Calif. -- A group of activists have declared independence from California in hopes of creating a 51st state, according to KRON.

The group says they don’t want to leave the United States, just the state of California. According to the proposal, the blue part of the photo above would be the new state.

The group is organized with a council of county representatives and various committees, according to USA Today.

The Declaration reads in part:

"The history of the present Governor and Government of California is a history of repeated injuries and usurpations, all having in direct object the establishment of a Tyranny over the Counties of New California and the State of California.

Whenever any Form of Government becomes destructive of these ends, it is the Right of the People to seek a constitutional remedy to the abuse of powers.

We, therefore, the Representatives of the Counties of New California, appeal to the California Legislature and the Federal Congress to pass resolutions to create the State of New California. And for the support of this Declaration, with a firm reliance on the protection of Divine Providence, we mutually pledge to each other our Lives, our Fortunes, and our Sacred Honor."