Driver ejected from vehicle, hit by another car in fatal I-15 crash 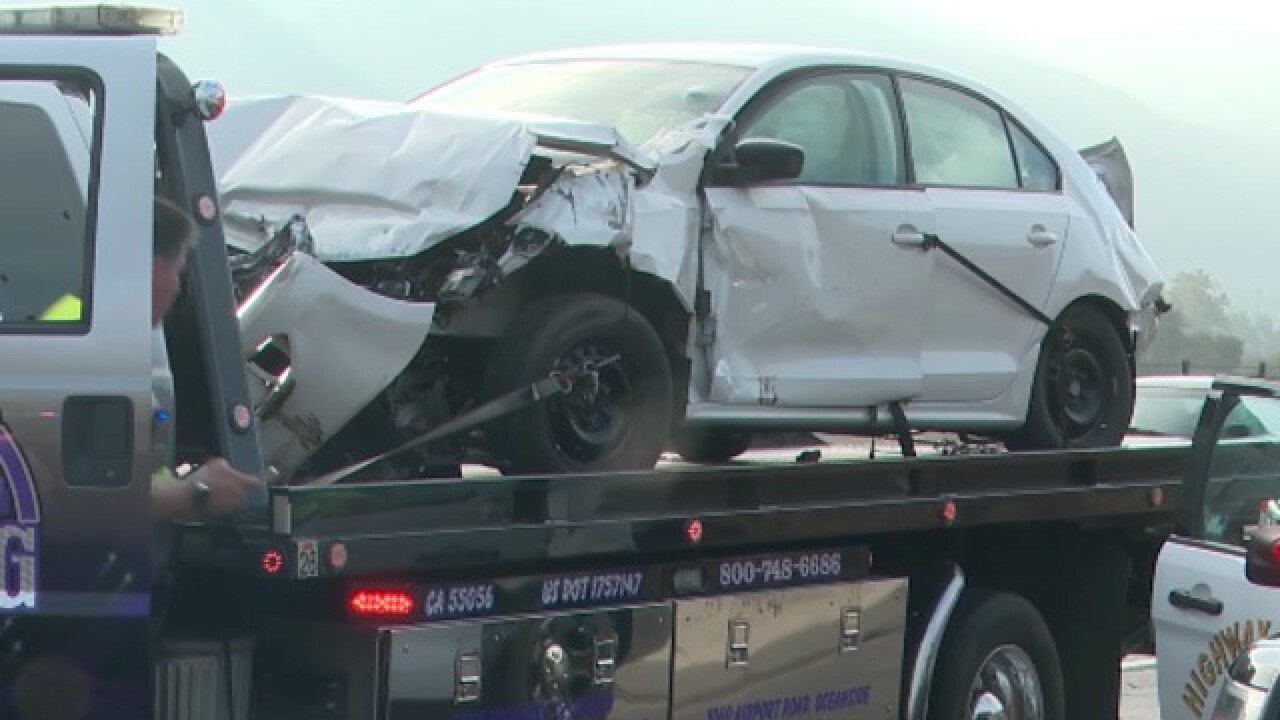 SAN DIEGO (KGTV) — One person was killed after they were ejected from their vehicle and hit by at least one other vehicle in a chain-event crash Saturday.

California Highway Patrol received the call of a crash just before 4:30 a.m. Saturday on northbound Interstate 15 near Deer Springs Rd.

That driver was then hit by at least one vehicle while in the roadway, Sgt. Nicholas said. Only one driver stopped to speak with CHP troopers.

Northbound I-15 was closed at Deer Springs Rd., prompting heavy traffic in the area and some cars to even turn around and drive the wrong way. All lanes were reopened just before 8:30 a.m.