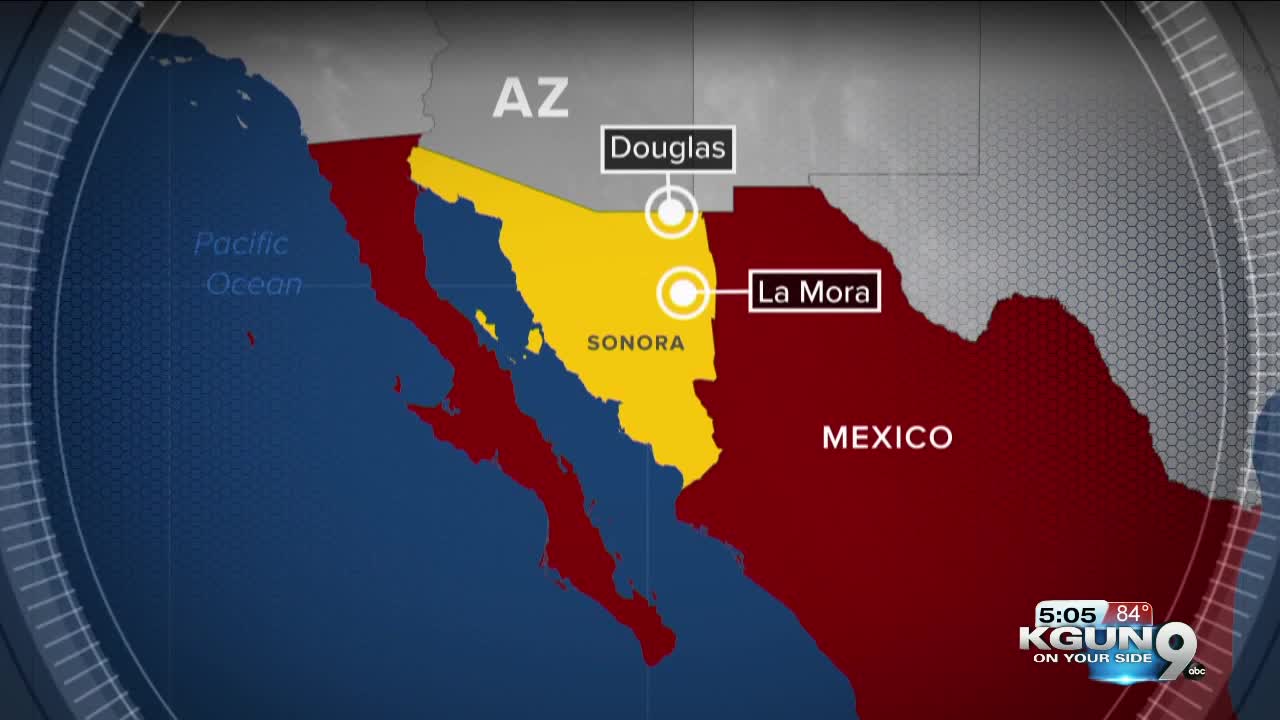 An attack in Mexico that left nine shot to death and burned , including four small children and two infants, was not an accident, several members of the family tell KGUN 9. 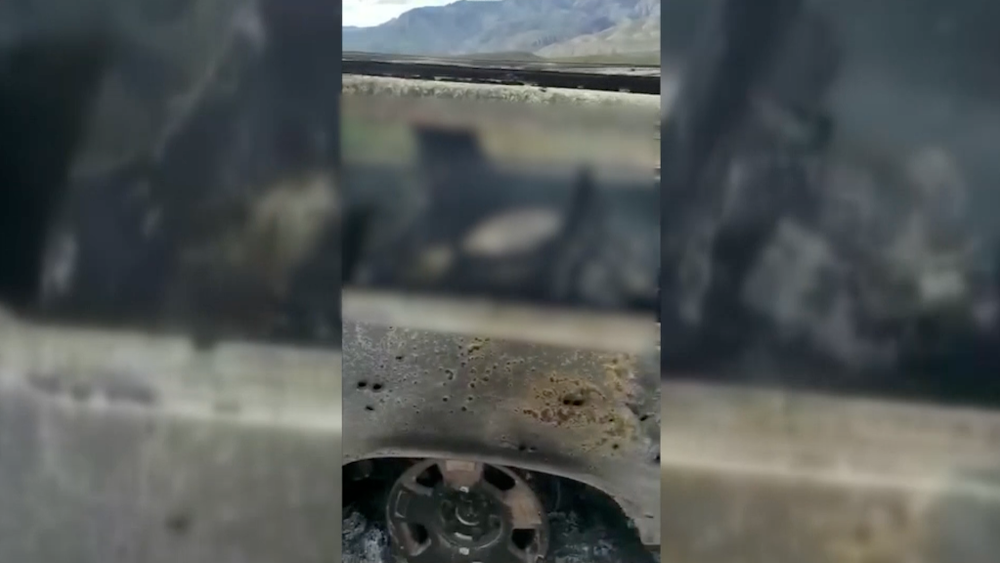 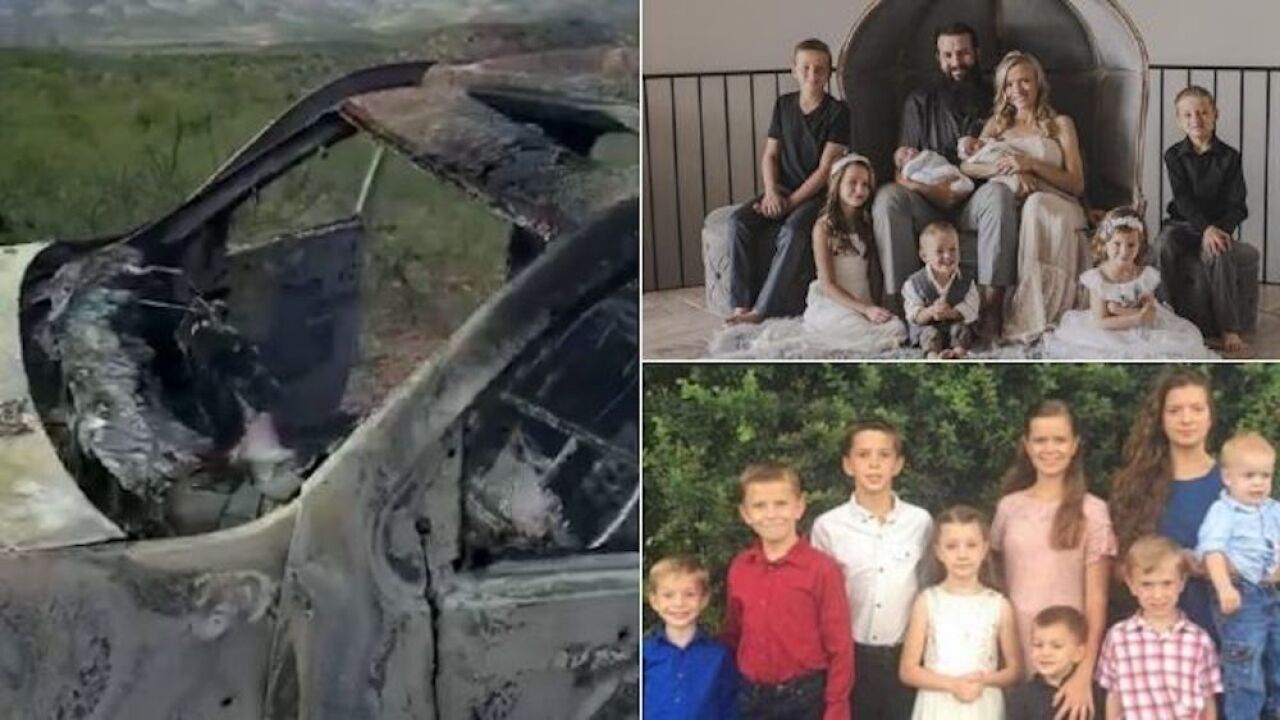 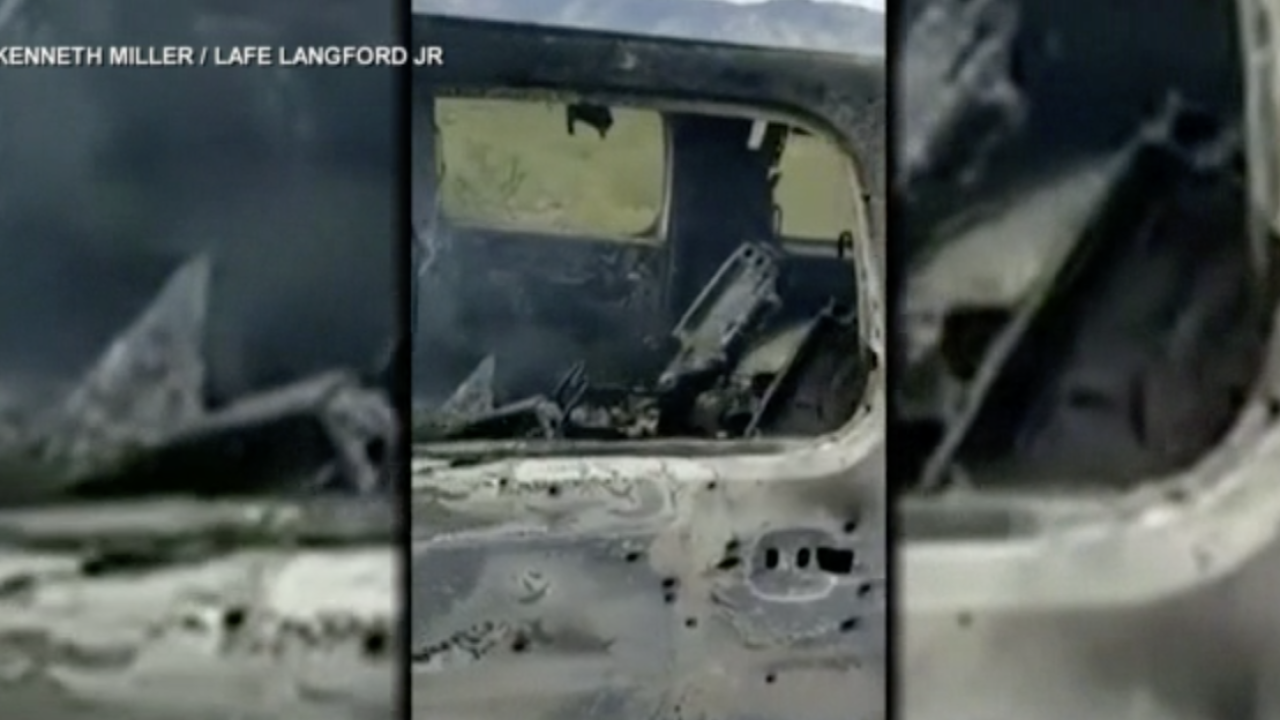 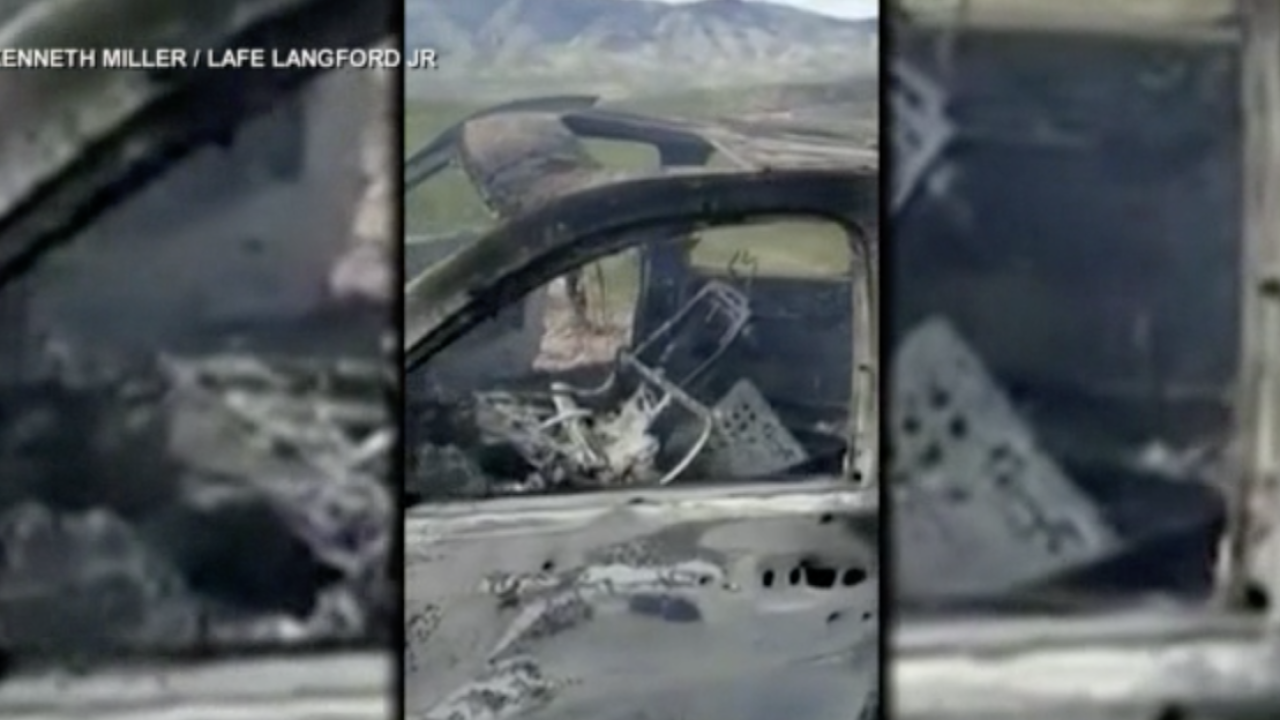 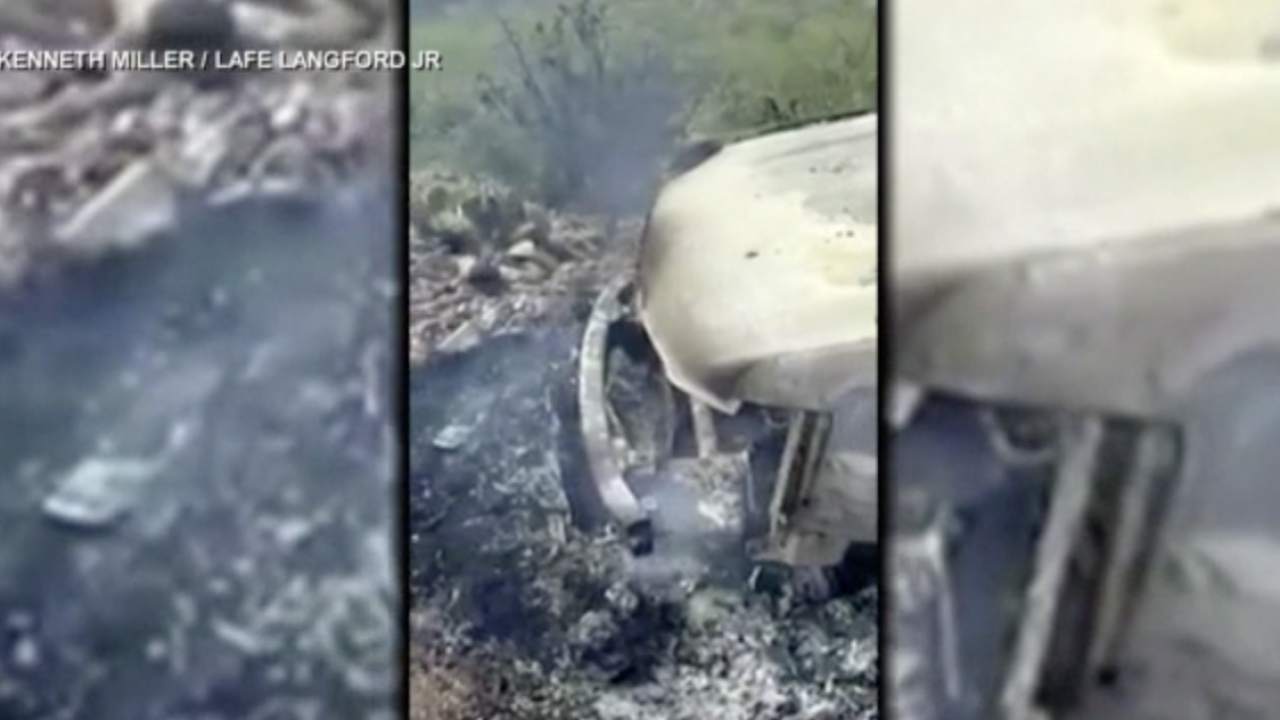 Nine members of a Mormon family were killed on the Mexican side of the US-Mexico border, and authorities are investigating whether the attack was the result of mistaken identity.

The victims were "all shot while in vehicles while driving," LeBaron told CNN. Several children survived the attack.

"Women and children were massacred, burned alive," LeBaron said. "Mothers were screaming for the fire to stop."

Mexican Security Minister Alfonso Durazo said the attack could have been a case of mistaken identity of "conflicting groups in the area."

'They were driving together for safety reasons'

In each of the three cars attacked, a mother was driving children to see family.

"They were driving together for safety reasons," said Kendra Lee Miller, whose sister-in-law Rhonita Maria Miller was killed in the attack.

Rhonita Miller, 30, was driving with some of her seven children from La Mora, Mexico -- where her family's ranch is located -- to Arizona to pick up her husband Howard, who was in the US for work, Kendra Miller said.

The family was supposed to go to Kendra's wedding next week In La Mora, the bride-to-be said.

"Dawna was going to visit her family with her children in Chihuahua," Kendra Miller said.

Another member of the La Mora community, 29-year-old Christina Marie Langford Johnson, was driving the third car and "was going to meet her husband and the rest of her children because they were all moving up to North Dakota."

RELATED: Tijuana ranked most dangerous city in the world

At one point in their journey, Rhonita's vehicle broke down with a flat tire, Kendra Miller said. Rhonita and her children left her disabled car behind and then traveled back to La Mora with the other two women and their children to get another car.

Rhonita took another family car with her children and continued on the journey with the other two vehicles, Kendra said.

Kendra said her brother Andre was on the mountain road near La Mora when he saw a fire in the distance where the caravan of three cars was attacked.

"My brother was fixing Rhonita's broken-down vehicle, saw a fire, didn't think anything of it," Kendra Miller said.

"Then (he) saw the explosion, went to check it out, saw it was my mother's vehicle, full of bullet holes, completely ablaze," she said.

RELATED: 'We were fleeing for our lives.' Passenger speaks out after Tijuana crash

"My dad, Andre and couple of uncles and relatives went to check up on the vehicle. All they found was charred remains, ash and bones," Kendra Miller said.

"There were remains inside and outside of the vehicle."

'We are a massive family'

The Mormons who were attacked appear to be members of a fundamentalist sect that is separate from the mainstream Church of Jesus Christ of Latter-day Saints, an LDS church spokesman said.

"We are heartbroken to hear of the tragedy that has touched these families in Mexico," spokesman Eric Hawkins told CNN. "From what I can tell, these were members of a polygamist sect, and not members of the Church of Jesus Christ of Latter-day Saints."

Kendra Lee Miller said the community's members descended from Mormon settlers, and that some members are still practicing members of the church.

Tiffany Langford, who also lost relatives in the attack, said she was not raised in the LDS church but is now part of it.

"I was born in Mexico, but mostly raised in the US," Langford said. "I was raised as a fundamentalist Mormon, not part of the church. I joined on my own along with a lot of my family about five years ago. The rest of my extended family was raised about the same as me, some fundamentalist, some are now LDS, depending on who you're talking with."

Family members describe themselves as part of a Mormon community of about 3,000 members, living in their own agricultural community in Mexico.

Generally, the community is fundamentalist. One of the victim's relatives said some members practice polygamy.

RELATED: Police advise against travel to Mexico amid gunfire reports

Despite some differences between individual beliefs, "we are a massive family," Langford said.

"We love and support each other no matter what our individual beliefs. I've never seen such a strength of unity and love in a family as large as ours. This is the tragedy of our lives."

The bodies of the nine victims killed have been returned to their family ranch, LeBaron said Tuesday.

Funerals are expected to take place within the next 48 hours.

7 injured children are now in the US

Seven children injured in the ambush were flown from Mexico to Douglas, Arizona, for transport to Tucson hospitals, LeBaron said.

Sonora state Gov. Claudia Pavlovich Arellano said she was outraged by the attack.

RELATED: 23 killed in attack on bar in southern Mexico

"As a mother I feel angry, scorn and a profound pain for the cowardly events in the mountains between Sonora and Chihuahua," she tweeted.

"I don't know what type of monsters would dare to hurt women and children. As governor, you have all my collaboration so that this doesn't remain unpunished and the responsible parties pay."

The US State Department is aware of the attack, an agency spokesperson said.

"When a US citizen is missing or passes away overseas, we engage with local officials at multiple levels and provide all appropriate consular assistance," the spokesperson said.

The FBI has offered to assist Mexican authorities in the investigation, an FBI official said.

A region marred by violence

As Mexican authorities grapple with violence in the region, the number of killings keeps soaring.

Last year, Mexico witnessed its highest number of homicides -- 33,000. And 2019 is on course to break that record.

Just last month, 13 Mexican police officers were killed in an ambush in the western state of Michoacan.

Now, grief from the latest high-profile massacre has spread across two countries.

Arizona resident Leah Staddon said her relatives were among the victims of Monday's ambush.

"Their vehicle was on fire and there were bullet holes all throughout it," Staddon told CNN affiliate KTVK.

"I think a lot of us are just speechless. It's just horrific."