'We were fleeing for our lives.' Passenger speaks out after Tijuana crash 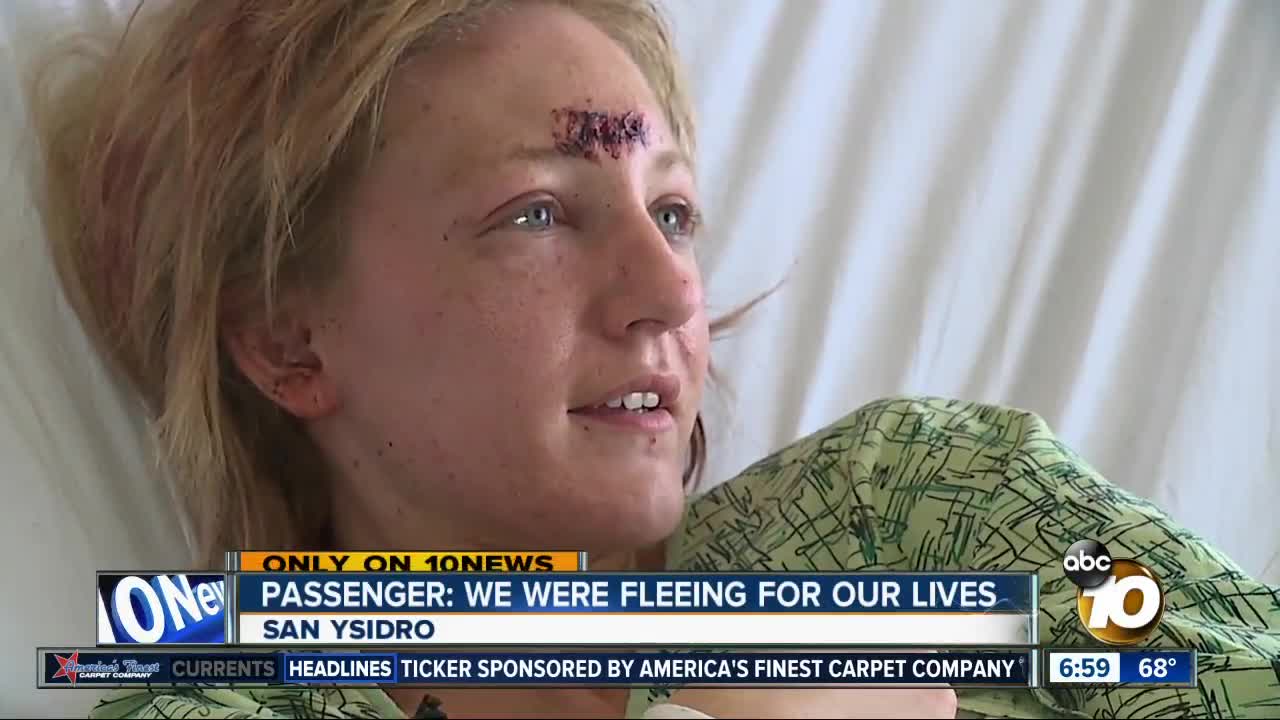 The female passenger of the truck that plowed into a row of street vendors and vehicles waiting to cross the Mexican-U.S. border Monday afternoon says she and the driver were fleeing an attack before the chaotic scene broke out. 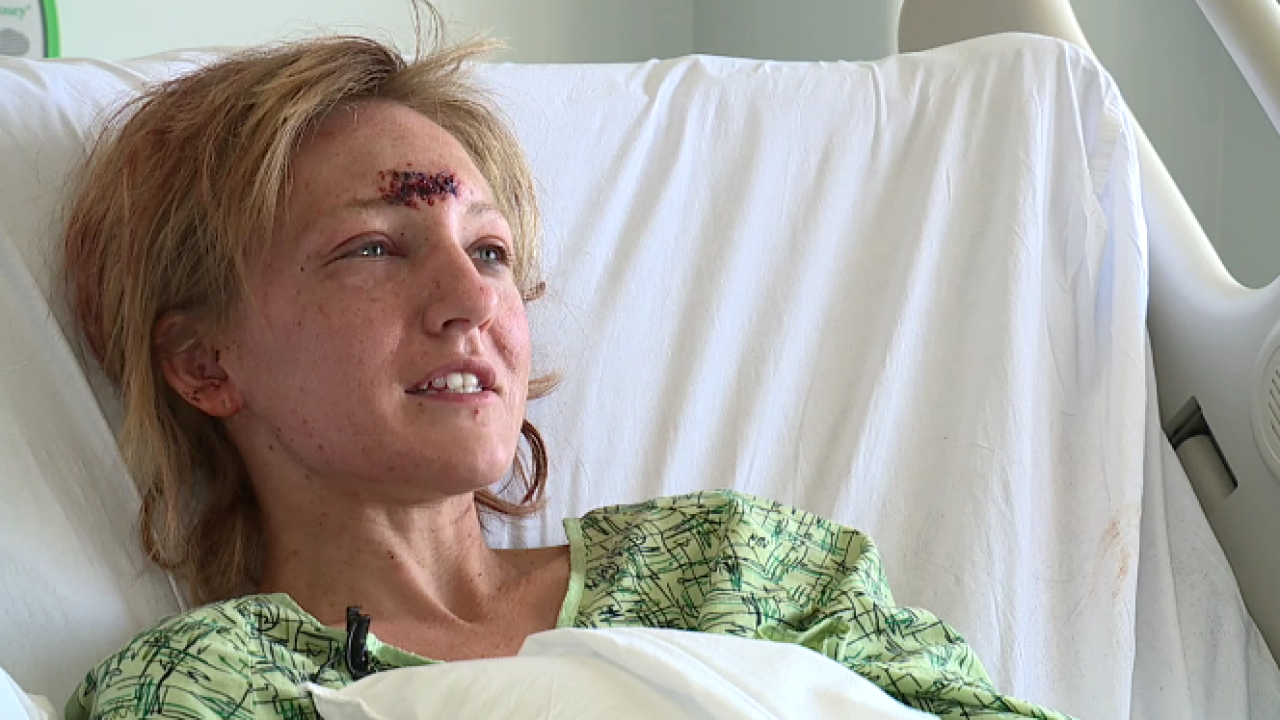 TIJUANA, Mexico. (KGTV) -- The female passenger of the truck that plowed into a row of street vendors and vehicles waiting to cross the Mexican-U.S. border Monday afternoon says she and the driver were fleeing an attack before the chaotic scene broke out.

Summer Draper, who was injured during the incident and is being treated at Scripps Mercy Hospital in Hillcrest, says she and her boyfriend were visiting Tijuana from Utah when the incident occurred.

Draper tells 10News the couple went to Tijuana to shop when their truck was allegedly attacked while asking for directions.

Draper says the pair didn’t make it to the shops, but instead, tried to reroute to the Costco back by the border. That’s when she says they asked for help.

“They said the only way they'd be able to help is if he drove.”

Draper says her boyfriend Frank Stricker, 29, was driving and, while he was hesitant, gave in and let the man help. “Instead of going left to Costco he’s going right,” Draper said, adding that’s when her boyfriend started yelling for the man to pull over.

“In two seconds the guy pulls over the car and there’s a cop.”

Draper remembers hearing gunfire before she says Stricker hit the gas to get away. Minutes later, she says they reached the border, but while stopped in the lanes, they were attacked.

She says that’s when her boyfriend rammed their truck through the crowd in an attempt to escape, adding that a row of vendor carts offered the only evacuation route.

Draper says the couple were shot at and their tires slashed. Images from the scene show their truck stopped in a mangled mess while a few dozen people surround the vehicle. One video shows Stricker lying on top of a bloodied Draper outside the truck, seemingly to protect her from the crowd.

After the crash, Draper was taken to the hospital where she claims to have been tortured.

“They tortured, they laughed at me they had everyone taking pictures of me they seriously did all of this with no medicine I mean I felt everything,” she said.

According to Draper, she spent the night at the hospital before being brought to the U.S. for further treatment.

Stricker is currently in the custody of Mexican authorities and is facing attempted homicide charges. Videos and images from the incident show that Stricker also suffered injuries, his condition is unknown at this time.

According to court documents from Utah, Stricker has drug charges extending back to 2008, including possession or use of a controlled substance, and use or possession of drug paraphernalia.

Mexican law officials are continuing to investigate the incident and have not yet released details.

Tijuana news station Televisa reported the truck struck over a dozen vehicles waiting to cross into the U.S. and ran down least four people, including one person who suffered severe injuries.

Police and fire crews closed down traffic at the border for about 20 minutes. When the situation cleared, northbound traffic into the U.S. was consolidated to two lanes.