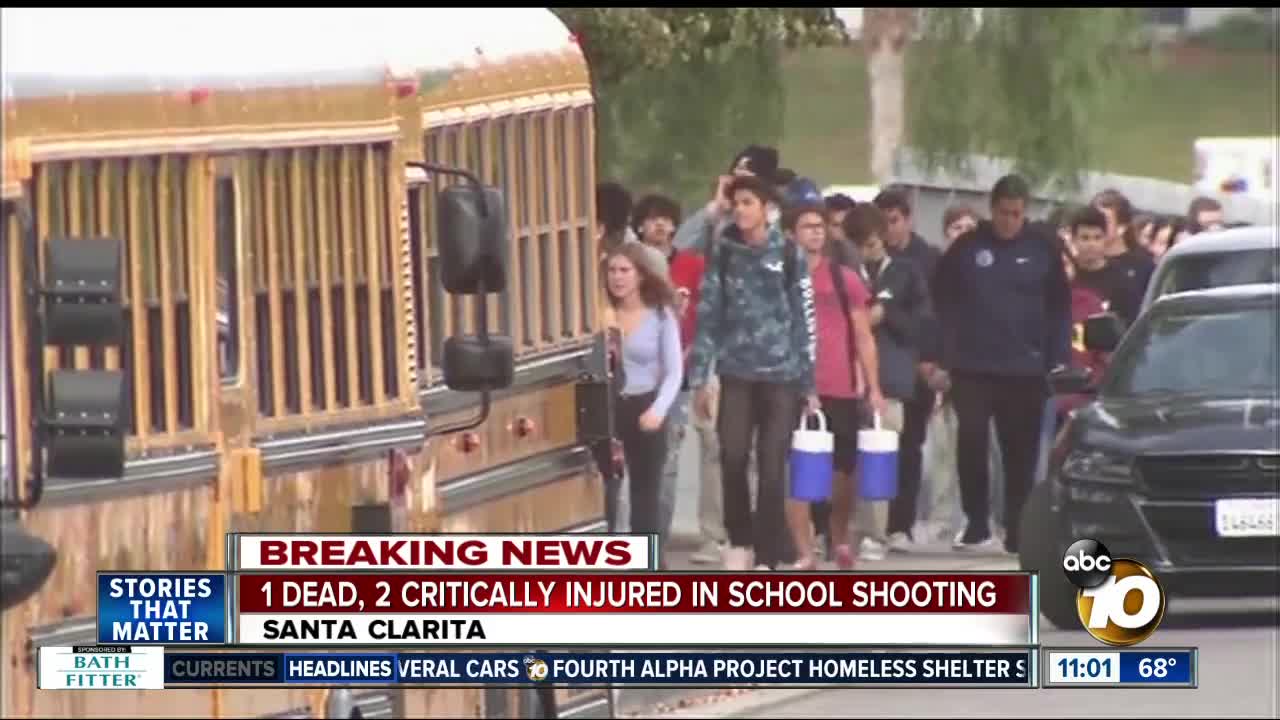 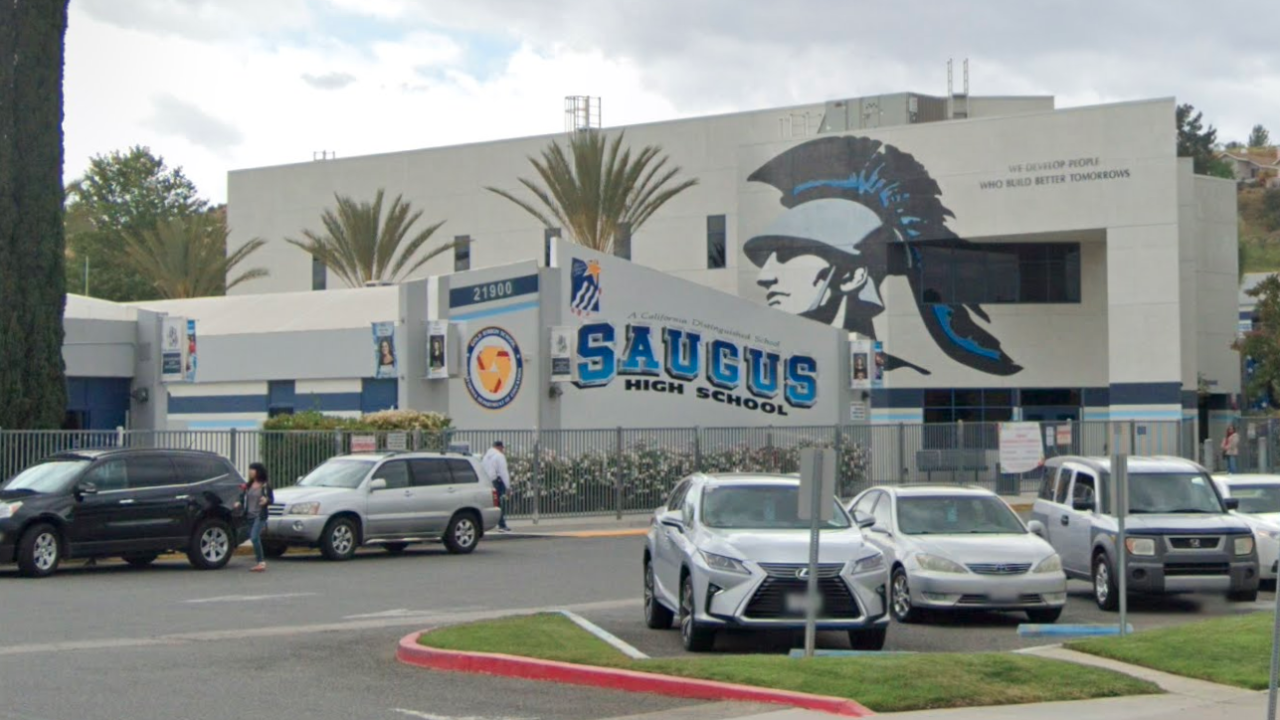 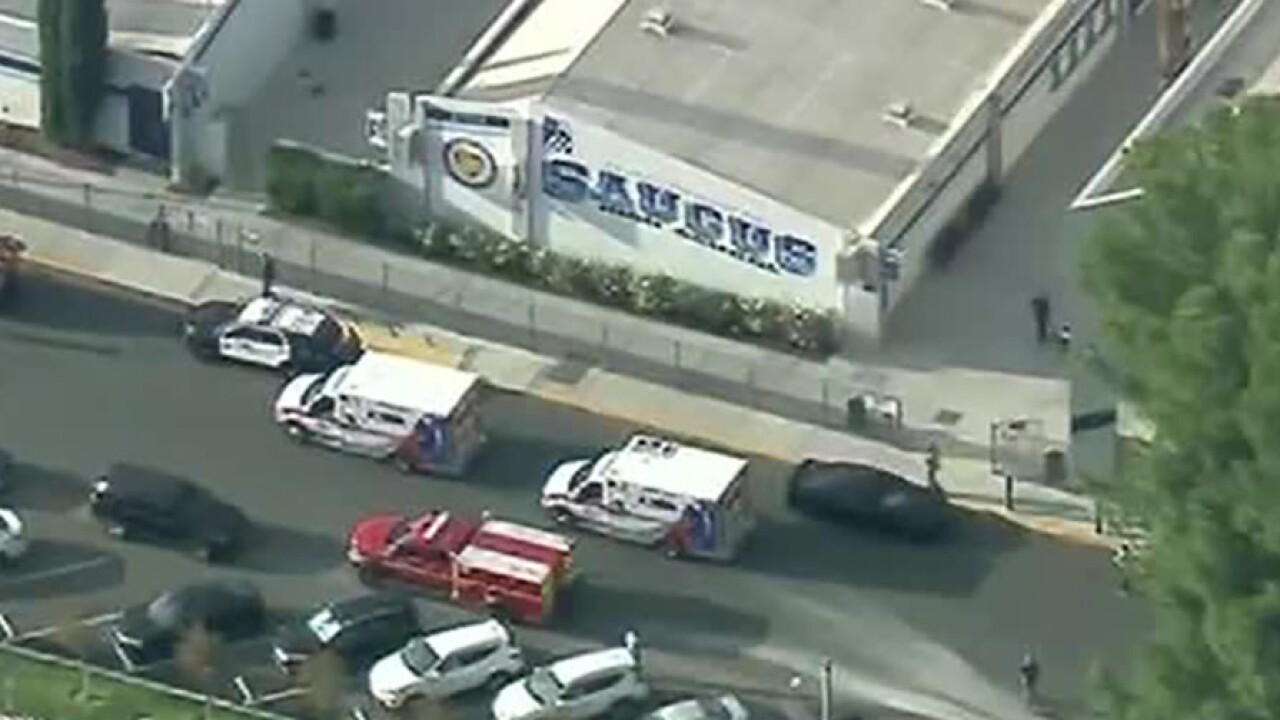 SANTA CLARITA, Calif. (KGTV) -- Two teens were killed and three other students were injured in a shooting at a Santa Clarita high school allegedly carried out by a boy who turned 16 years old on Thursday.

Officials said deputies responding to the active shooter situation arrived on the campus two minutes after the initial 911 call and found six students down in the school’s quad area. The suspected shooter, identified as a male student whose 16th birthday was Thursday, was among those injured.

Officials said the suspected shooter was seen on surveillance video removing a firearm from his backpack before opening fire on five other students. He then turned the weapon on himself.

The injured students were taken to an area hospital, and two of the victims -- a 16-year-old girl and 14-year-old boy -- later passed away, officials said.

The gunfire sparked a manhunt on the school grounds and nearby neighborhood, and also prompted the William S. Hart Union High School District to initiate lockdowns at all of its schools, including Saugus High and nearby Arroyo Seco Junior High.

By 9:40 a.m., LA County Sheriff Alex Villanueva tweeted that the suspected shooter was in custody and being treated at a hospital.

"It's a sad day in Saugus, it's a sad day in Los Angeles County and the nation ... another tragic shooting at a school," Villanueva said during a late-morning news conference.

Officials said the weapon used in the shooting, described as a .45-caliber semiautomatic pistol, was recovered at the scene with no more ammunition.

A search warrant was set to be executed in the afternoon at the suspected shooter’s home, according to officials.

Officials said they were in the process of interviewing all students in the hopes of learning more about the events that led to the gunfire and obtaining any possible cellphone video footage.

A parent told Los Angeles-based KNX Newsradio that the suspected shooter posted a message on his Instagram account on Wednesday night that said, "Saugus have fun at school tomorrow," City News Service reported.

Sheriff's officials did not comment on reports of possible social media threats, but said any such postings would be investigated. Sheriff's Capt. Kent Wegener said there were no known active threats targeting the school on Thursday.

All schools in the district will be closed Friday, officials said. Counselors were available starting Thursday evening at the Santa Clarita activities center.