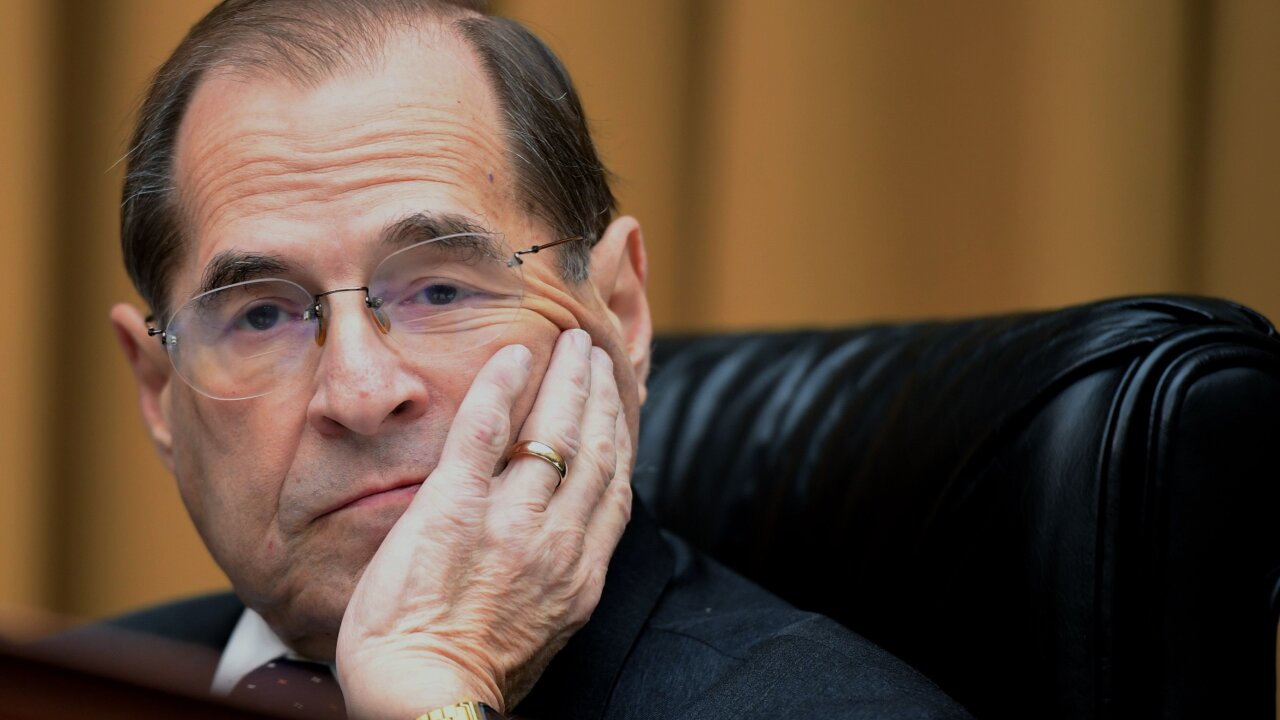 The House Judiciary Committee on Thursday approved a resolution defining the rules of the panel's impeachment investigation , the first vote the committee has taken related to the potential impeachment of President Donald Trump.

The party-line vote came as House Democrats have struggled to define the committee's probe , with Judiciary Chairman Jerry Nadler saying the committee is conducting an impeachment inquiry, while House Speaker Nancy Pelosi and other Democratic leaders are refraining from calling it that.

Thursday's vote, which does not need to be approved by the full House, gives Nadler the ability to deem committee hearings as impeachment hearings. It allows staff to question witnesses at those hearings for an hour after members conclude, gives the President's lawyers the ability to respond in writing to public testimony and allows the committee to collect information in a closed setting.

But the dissonant messages over the probe have prompted frustration among rank-and-file members, particularly those in competitive races wary of impeachment, and it even led to the House's No. 2 Democrat walking back his statement on the committee's investigation on Wednesday.

Nadler sought to clarify the committee's intentions in his opening statement at Thursday's committee meeting, acknowledging there was confusion but arguing that the language used to describe the investigation wasn't the important point.

"This Committee is engaged in an investigation that will allow us to determine whether to recommend articles of impeachment with respect to President Trump. Some call this process an impeachment inquiry. Some call it an impeachment investigation. There is no legal difference between these terms, and I no longer care to argue about the nomenclature," the New York Democrat said. "But let me clear up any remaining doubt: The conduct under investigation poses a threat to our democracy. We have an obligation to respond to this threat. And we are doing so."

But Georgia Rep. Doug Collins, the top Republican on the Judiciary Committee, charged that the committee had become "a giant Instagram filter" — that Democrats were trying to dress up what they were really doing to make it look better. He argued that the Democratic resolution was "not anything special" because it grants the chairman powers that he already has access to.

"The difference between formal impeachment proceedings and what we're doing today is a world apart no matter what the chairman just said," Collins said, adding later, "The chairman can do this at any time, because he wants the appearance of something that it's not. You're not in an impeachment inquiry."

The committee's new procedures for its hearings could be on display as soon as next week, when former Trump campaign manager Corey Lewandowski is scheduled to appear on Tuesday. The committee in July subpoenaed Lewandowski and former White House aides Rick Dearborn and Rob Porter to testify on Tuesday, but it's not clear if the White House will direct Dearborn and Porter not to appear, making the same immunity claims it has with former White House counsel Don McGahn and others.

Nadler and committee members say that adopting the resolution will make their investigation more effective as they gather information -- through subpoenas, hearings and the courts -- to decide whether to introduce articles of impeachment against the President.

But the broader question -- is the committee conducting an impeachment inquiry? -- has flustered Democrats all week.

House leadership, however, has taken a different tack. Speaker Nancy Pelosi, Majority Leader Steny Hoyer and Caucus Chairman Hakeem Jeffries have all declined this week to say affirmatively that the committee's investigation was an impeachment investigation or an impeachment inquiry, as Nadler has described it.

"I don't want to get caught in semantics," Jeffries, who is a Judiciary Committee member, said when asked if the probe was an impeachment inquiry. "We all agree, from Speaker Pelosi through every single member of the House Democratic Caucus, that we have a constitutional responsibility to hold an out of control executive branch accountable."

Hoyer said "no" when asked whether the House was in an impeachment inquiry, but he later issued a statement clarifying his comments.

"I thought the question was in regards to whether the full House is actively considering articles of impeachment, which we are not at this time," Hoyer said. "I strongly support Chairman Nadler and the Judiciary Committee Democrats as they proceed with their investigation 'to determine whether to recommend articles of impeachment to the full House,' as the resolution states. It is critical that Congress have access to all of the relevant facts, and we will follow those facts wherever they lead, including impeachment."

Rep. Jamie Raskin, a Maryland Democrat on the Judiciary Committee who has called the probe an impeachment inquiry, said the dispute is emblematic of broader divisions about what to do about impeachment. Is it wise to pursue, he said some have suggested, when the House knows the Senate won't act?

"There are 100 views out there about the right way of dealing with the President, even among people who agree he's committed high crimes and misdemeanors," Raskin said. "If you believe that we are not of one mind about how to proceed, you're absolutely right. Nobody knows exactly, ultimately about how to proceed. But everybody believes we cannot let the President get away with corruption and malpractice in office."

While Democrats have suggested the dispute over labeling the panel's investigation isn't important as the work itself, the question of whether the committee is conducting an impeachment inquiry could have implications when the Judiciary Committee's lawsuits go before a judge in the coming weeks.

The committee is suing to obtain former special counsel Robert Mueller's grand jury material and to force McGahn to testify, and it has argued in court filings its investigation is part of an active consideration of whether to impeach the President.