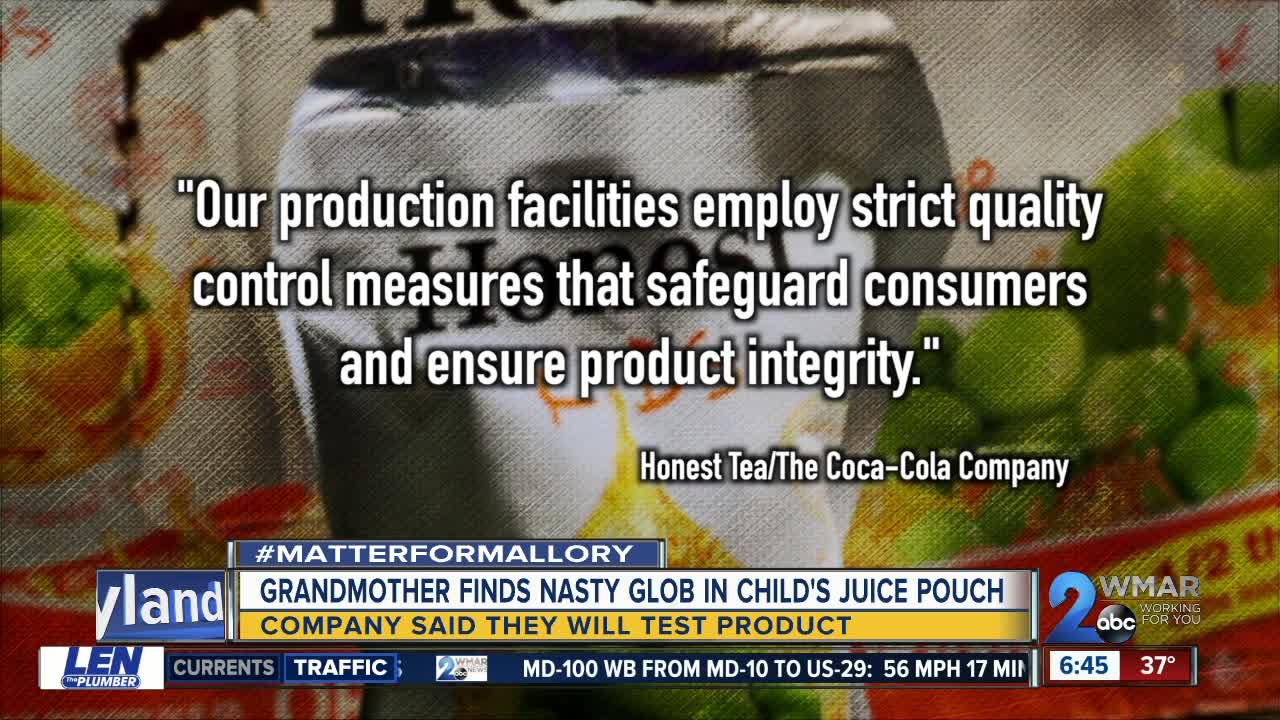 A grandmother is warning parents to cut open juice pouches before giving them to kids. She recently found a disgusting glob in the bottom of her grandchild's drink. 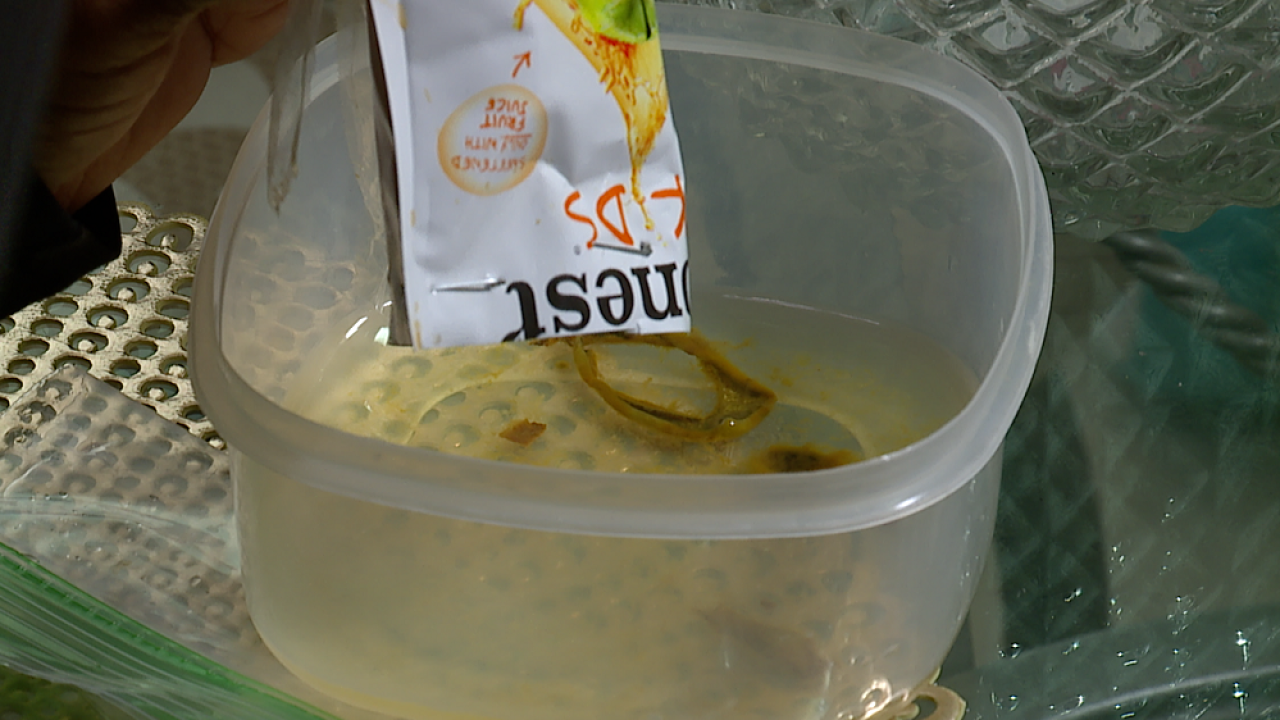 BALTIMORE, Md. -- A grandmother is trying to get answers on what was in a juice pouch she recently purchased.

She cut open the packaging to pour the drink in her 2-year-old granddaughter's sippy cup and spotted something gross at the bottom of the pouch.

"Oh, I have no clue. That looks like a molded piece of fruit or something," said Michelle Colvin in a video she recorded after making the discovery.

The case of Honest Kids Twisted Tropical Tango wasn't set to expire until May 2020. She's also a frequent buyer of the brand and had never seen anything like this before.

"I get these all the time because of the low percentage of sugar in these, and because it's organic," Colvin said.

WMAR previously reported on juice boxes containing what appears to be mold. In 2015, Sherry Mihm spotted something unusual in her daughter's CAPRI SUN.

"She couldn't suck up. Something was blocking it. And that's when I looked in there and you could see a glob of something in there," said Mihm in an interview with WMAR in 2015 .

Kraft Heinz Food Service, owner of CAPRI SUN, called the incident "extremely rare," and told WMAR that "the foreign matter was common food mold-- like you would find on bread or fruit-- which, while extremely unpleasant, is unlikely to be harmful."

Mold can form if air somehow leaks into the pouch.

In 2014, CAPRI SUN changed their packaging to clear bottoms so parents can more easily see what's inside.

A spokesperson emailed the statement below:

"We are committed to ensuring our products adhere to the highest quality and safety standards at all times. Our production facilities employ strict quality control measures that safeguard consumers and ensure product integrity. We are investigating this matter and working to understand the facts."

Colvin knows what happened is uncommon, however, she's making a change and advising other parents do the same.

"I'm definitely going to cut them open and then maybe I'll just go back to buying the juice in the bottles and just pour them in a sippy cup," said Colvin.

After WMAR contacted Honest Tea/The Coca-Cola Company, Colvin said the company reached out to her. They let her know they'll be sending a return package so they can test the substance. As of Monday, the company said they're still waiting on the consumer's sample to arrive. Once it arrives, they will be able to complete the investigation and determine the cause.

Colvin also reported the incident to the U.S. Food and Drug Administration. Consumers can file any food complaints or adverse reactions with the agency by:

If the problem involves meat or poultry, which are regulated by the U.S. Department of Agriculture, call USDA Meat and Poultry Hotline at 1-888-MPHotline (1-888-674-6854).

This story was originally published by Mallory Sofastaii at WMAR.