Driver runs over protester at George Floyd protest in Denver 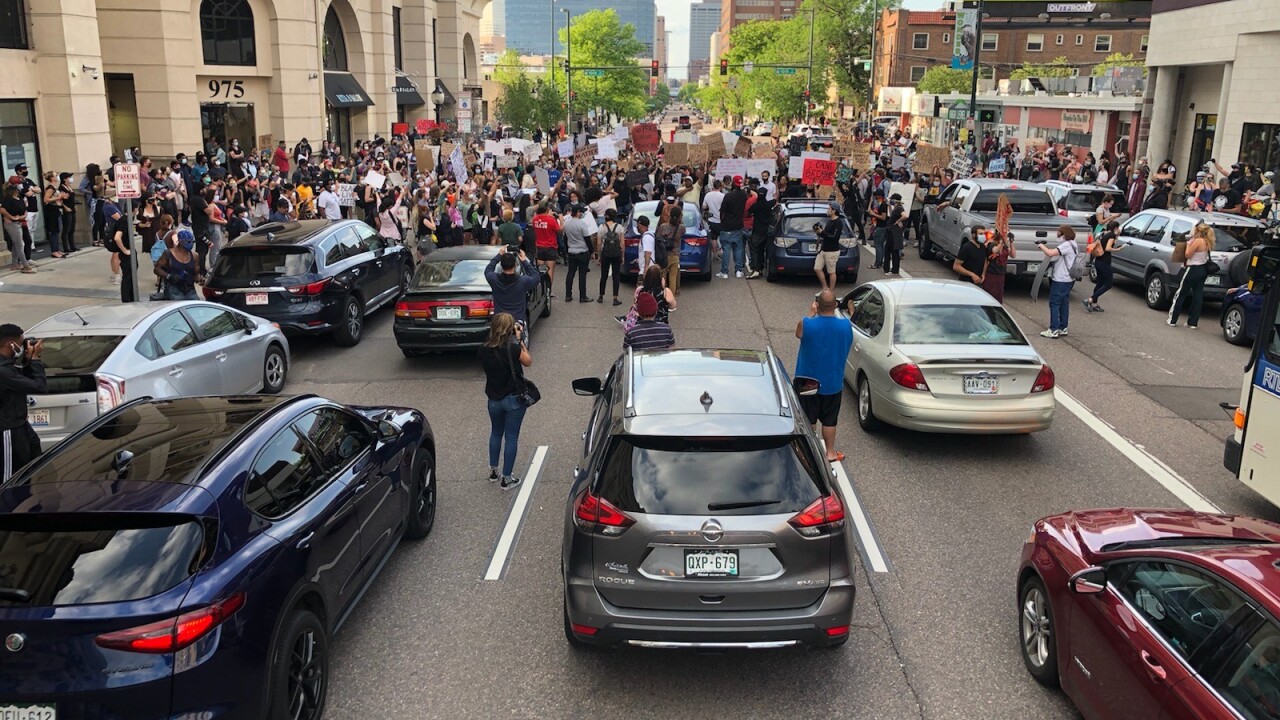 Protesters in Denver took to the streets to march against police and the death of George Floyd on Thursday, which led to several violent encounters.

In the midst of Thursday’s protest in Denver, a protester was run over by a car speeding through the protests. The incident was captured by a witness, Annabel Escobar, who posted the video on social media.

After the protester was run over, dozens of others chased after the vehicle.

It is unclear based on the video on what led to the incident.

There is no word on the condition of the protester.

The Denver protest was among dozens that took place nationally, as demonstrators call on the arrest of the officers involved in Monday's incident.