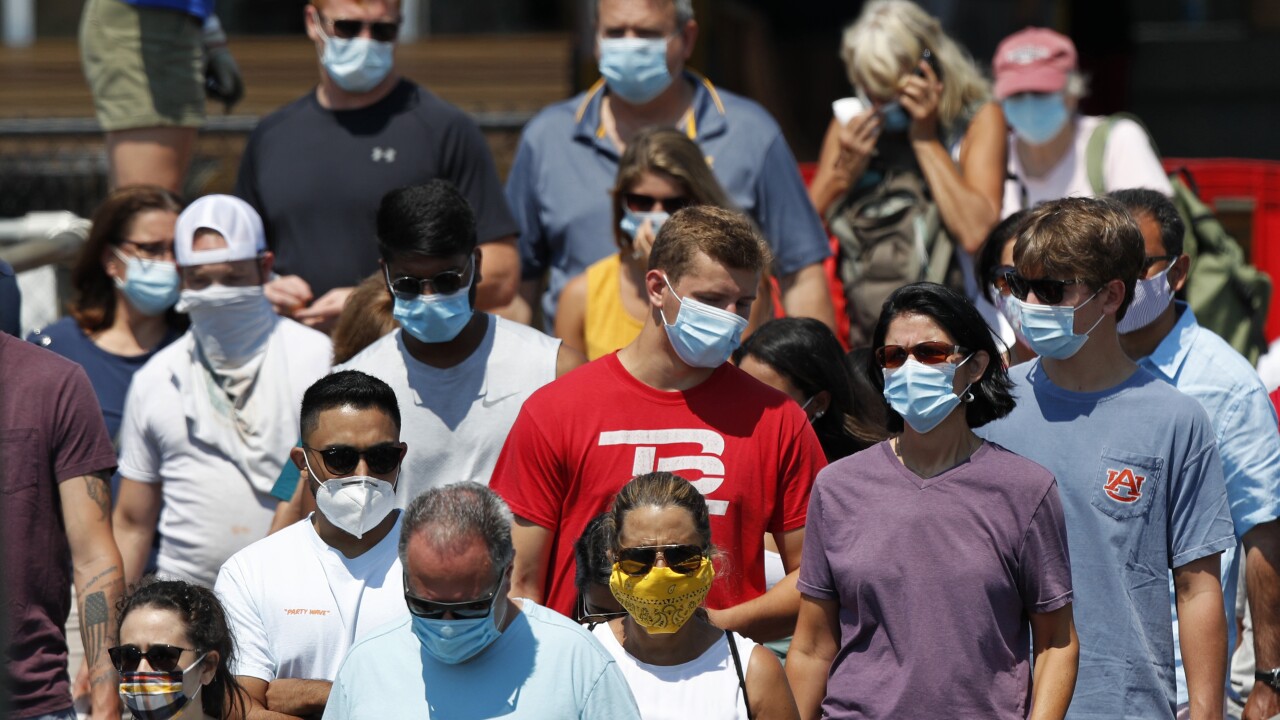 Copyright 2020 The Associated Press. All rights reserved.
Robert F. Bukaty/AP
FILE - In this July 30, 2020, file photo, passengers board a Casco Bay Lines ferry bound for Peaks Island in Portland, Maine. America's failure so far to contain the spread of the coronavirus as it moves across the country has been met with astonishment and alarm on both sides of the Atlantic. (AP Photo/Robert F. Bukaty, File)

A new scientific model estimates 130,000 lives could be saved by next Spring if there is universal mask use in public. Without changes, the United States could be ontrack to record more than 500,000 deaths from COVID-19 by March 2021, the study reports.

“We find that achieving universal mask use (95% mask use in public) could be sufficient to ameliorate the worst effects of epidemic resurgences in many states,” the study stated.

The findings, published Friday in the journal Nature Medicine, found even if 85 percent mask use was achieved and current social distance policies remained in effect, it could result in an additional 95,000 lives being saved.

According to the study, the national average for self-reported mask wearing is at just 49 percent as of late-September.

The researchers ran scientific model projects using information from states about when they would implement stricter lockdown or stay-at-home orders to make their outcomes as realistic as possible based on current stated parameters and orders.

These findings come as the U.S. struggles with a resurgence of COVID-19 cases.

The country recorded more than 75,000 new infections Thursday alone, according to the New York Times.

There are now a total of more than 8,450,000 positive COVID-19 cases since the pandemic started in the country, and at least 223,000 deaths from the disease.